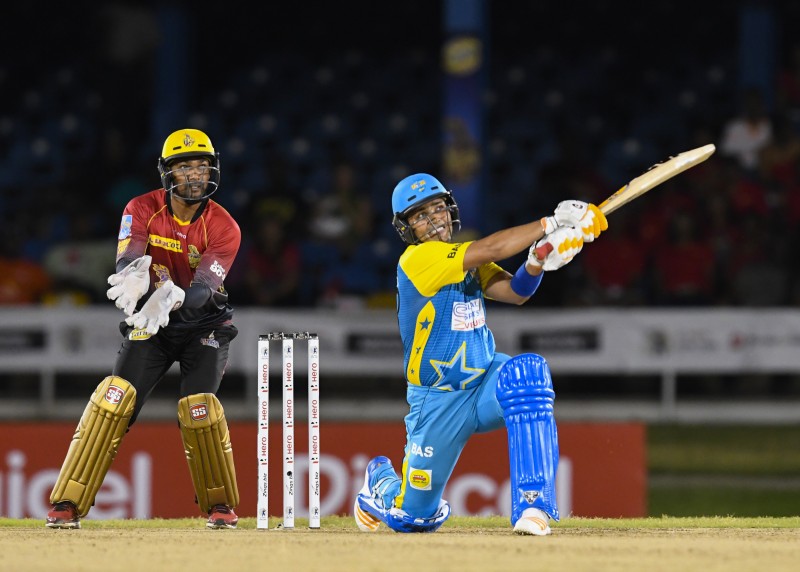 26.08.2020, 19:30 IST
Queen's Park Oval (Port of Spain)
It’s time for David vs Goliath. St Lucia Zouks haven’t beaten Trinbago Knight Riders since 2015, with their most recent match being the only time they managed to eke out a point from the matchup in that time thanks to a no result. That being said, This year, the Zouks have so far been pretty good despite a lineup almost devoid of star power, and are hot on the tails of a dominant Trinbago. The latter, on the other hand, have been using every bit of their own stellar lineup, winning three out of three to find themselves sitting pretty in first place. By all accounts, this should definitely be a great game. It’s either the universe asking the Zouks if they are really going to be title contenders after 7 years of failures, or just a reminder for them that the Knight Riders are their bogey team. Before ball comes to bat, let’s take a look at those under the helmet.

With three convincing wins, the Knight Riders have made a bold claim to the CPL throne. Star players like Sunil Narine, Colin Munro, and Kieron Pollard are just the tip of a very deep iceberg. The team has plenty of options, and as they showed in their last match, no shortage of tenacity. On their last time out, despite a slow start, three of their core batsmen fired up to take them to an ultimately unassailable 185, with the bowlers doing the rest to restrict their opponents for a 19-run victory. The only thing TKR have going against them is what any team at the top of a league early on fears - they have everything to lose.

With their recent win against Guyana, the Zouks have essentially stated that they are not to be trifled with this season. Despite scoring a middling 144, they managed to hold Guyana to a modest 134 courtesy of some excellent bowling. The St Lucians now find themselves out of familiar waters up in second place, and will be keen on keeping up their performance. They have only reached the playoffs once in 7 years, and if they don’t do so this year after a start like this, it could be a while more. Given their lineup, the stars need to align for them to have a shot at overpowering the big guns of the tournament, and so far they have.

Trinbago are extremely strong on paper, and some of that will no doubt be translated on the field. Expect Darren Bravo and Colin Munro to repeat their feats from the previous match, while Sunil Narine and Ali Khan play their parts with the ball.

Being the underdog always has a sense of spirit, and the Zouks will hopefully be able to retain that zeal. Expect Andre Fletcher and Roston Chase to anchor their team’s inning, while the feisty Scott Kuggeleijn teams up with Saad Bin Zafar to get the dismissals.

Can Trinbago keep up their dominance and stay on top? Or will Zouks continue their Cinderella run to usurp them? Find out on Wednesday.