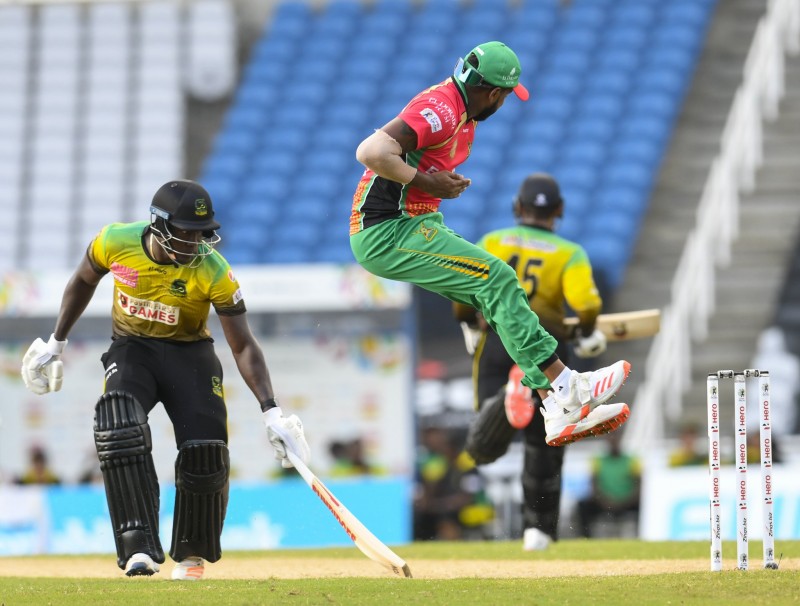 26.08.2020, 03:00 IST
Queen's Park Oval (Port of Spain)
When Guyana and Jamaica met just 3 days ago, they had a bona fide classic with the former defending the lowest successful total in the history of the CPL. The Amazon Warriors scored a meager 118, but bowled incredibly well to restrict the Tallawahs to a paltry 104 - and they weren’t even all out. With only some questionable batting to blame, and with only one win and two losses, Jamaica will be intent on getting the W from this one to rack up some much-needed points. On the flip side, losing to Zouks has put Guyana’s place in the playoffs into question, and they will definitely want to change that. In a strange twist of fate, after last year’s debacle, Guyana, like the Patriots, have nothing to lose as far as the CPL goes; they have faced every heartbreak imaginable. Before the tug of war between fates begins, let’s take a look at how the participants stand.

The might of the Guyanese lineup has not shown up this year as it had in the year prior. Their last match against the Zouks was, one could say, almost single-handedly lost by one of the best players in the game when Ross Taylor strangely scored only a solitary run off 12 deliveries in a tight chase of 144. Currently in third place, they still have a healthy run rate for a team that’s won 2 and lost 2, but their middling performance will definitely be disappointing after a campaign where they won every match except the final. Nevertheless, as long as their stars shine, they should be able to put this one in the bag.

Although they have the mighty Andre Russell in their ranks this season, the Tallawahs haven’t been able to use that power - especially in the last match, where every single other batsman threw away a game that Russell almost won for them. That being said, those players are usually better, and certainly have the skill needed to put themselves above the rest - especially the brilliant Glenn Phillips and Rovman Powell. In other words, they have the potential and just need to make it pay dividends. Having won four out of their last 5 encounters against the Tallawahs, they will definitely be considered favourites for this upcoming clash.

The Amazon Warriors will no doubt be desperate for a victory, and might finally live up to their full potential in that pursuit. Expect Brandon King and Shimron Hetmyer to be explosive, while Imran Tahir and Keemo Paul perform in their department.

With little to lose, the Tallawahs will be keen on pushing to overwhelm their opposition - especially with their miserable net run rate. Expect Andre Russell and Asif Ali to show their chops with the bat, while Oshane Thomas and Mujeeb ur Rahman keep their line and length solid.

Can Jamaica take revenge for their humiliation? Or will Guyana prove to be too powerful? Find out on Tuesday!