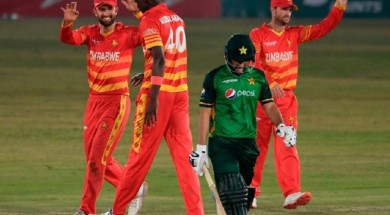 Can Zimbabwe complete their Cinderella story with a reverse sweep over their guests? Or will Pakistan come back strong and avenge their embarrassment?.. 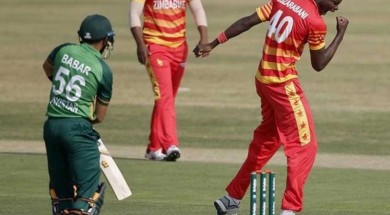 Can Zimbabwe bounce back to complete what they failed to do in the first T20? Or will Pakistan continue their flawless run against their hosts?.. 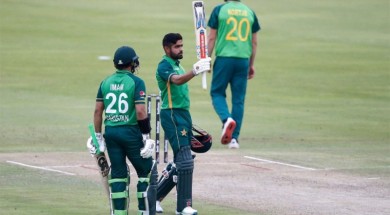 Can the Proteas come back to even the series? Or will the Men in Green take the series home after perhaps yet another incredible chase?.. 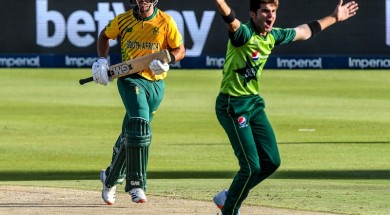 Can the inexperienced Proteas side continue to outperform their seasoned opponents? Or will the Men in Green put the greenhorns in their place?.. 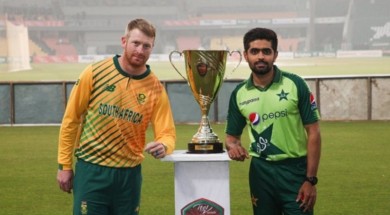 Can the hosts come back to even the odds? Or will the visitors run away with their advantage?.. 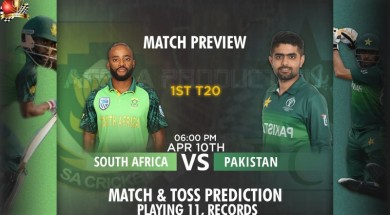 Can the inexperienced Protean squad surprise the seasoned visitors? Or will the latter simply overpower their opposition with skills honed over.. 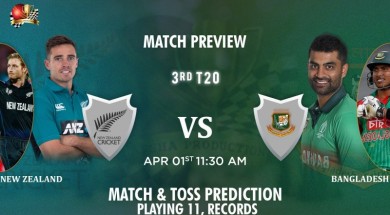 Can New Zealand finish what everyone expects them to do? Or can Bangladesh do what no one expects of them?.. 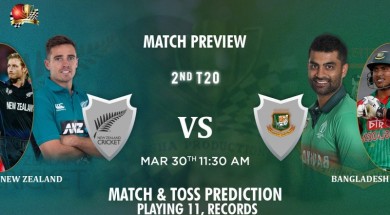 Can New Zealand seal the series as they have so many times before? Or will the Bengalis pull something out of the bag?.. 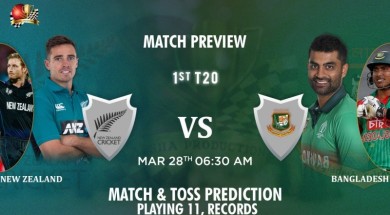 Can New Zealand continue their by now usual domination over Bangladesh at home? Or will the Tigers make the right pounce on their elusive prey?.. 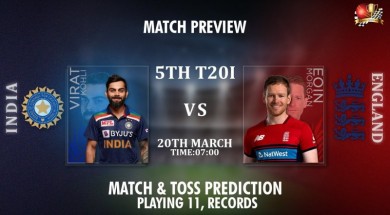 Can India finally string two wins together when it matters the most? Or will the visitors continue their trend of winning the odd match to seal a..

T20 Match Prediction: How to make the best of cricket's most popular format

The story of Twenty20, or T20 cricket is an interesting one. Over the years, what started as a shortened county competition to draw crowds in England has exploded into a worldwide phenomenon. Like the inception of the 50-over One-Day International format spread cricket’s popularity in the 3 decades preceding the noughties, T20 was responsible for essentially making cricket cool again to the younger generation, along with drawing the interest of those who would avoid following the sport due to the sheer length of its matches and the commitment it took to follow them. In a gradually faster world, a faster format became king, with leagues held within cricketing nations like Indian Premier League became immensely popular - almost more than the international tournaments. 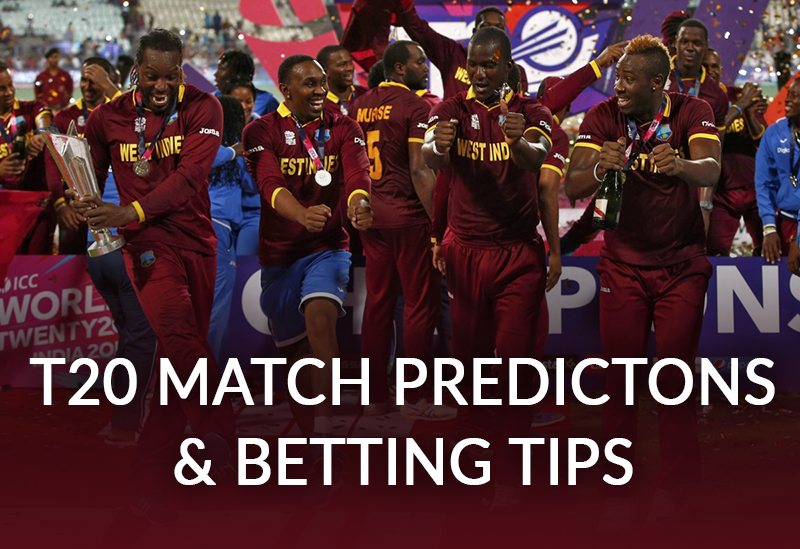 As with any sport, with the popularity came increased interest in T20 Match Prediction. As cricket has a seemingly endless number of variables, betting on cricket has always been exciting and full of prospects. However, going in blind is suicidal - with the number of variables comes the responsibility of having to be aware of all the complexities of the game and its related factors. As such, with the help of our expertise on the subject, we have prepared a comprehensive guide with T20 Betting Tips in the hottest format of the sport that is cricket.

An eye on the sky

While most sports are affected by the weather, few suffer as spectacularly as cricket - especially if you consider the sheer number of matches turned on their heads by the infamous Duckworth-Lewis-Stern method. Other than DLS or outright washed out games, rain over a cricket field can do all sorts of damage upon otherwise seemingly concrete variables. Whether it’s an outfield with wet patches, a wet ball, the pitch getting some renewed life, or the interruption of the flow of concentration, rain is often bad news.

It’s not just rain, either. Severe heat, high humidity, and even dew can have a huge effect on cricket matches. In short, you’ll want to know all about the near-unpredictable factors of nature in order to make predictions in a near-unpredictable sport.

Coin tosses that can make or break

While a coin toss can be a mere formality in most sports, it can mean the difference between winning and losing in cricket. Depending on the pitch, field, weather, crowd support, and the lineups of the two teams, winning the toss can be critical.   While some argue that blaming the results on the toss is just an excuse, statistics clearly rule in favour of the statement. Cricket is a critical game and every little factor matters.

Unlike football, home advantage isn’t just limited to a supportive crowd or potentially pressured referees. In cricket, a player playing on their home field will not only know every patch of the pitch, but also the feel of the outfield, the shorter boundaries, and the muscle memory needed to clear them.

In fact, this fact is backed up by stats, which clearly point to home teams having a sizable advantage with both a higher cumulative run rate and a lower fall of wicket rate.

Separating T20 betting from other formats

In T20s, you don’t have to take into account factors such as having to bat under lights when batting second as you would in a day-night ODI fixture, worry about pitch conditions worsening over 5 days of test, or worry your brain about how fielding in hot and humid conditions for 80 overs might impact a batsman when he finally gets to the crease. However, you do need to keep in mind that dew, if present, might make the ball slippery for bowlers the later the evening gets.

Unlike other formats, a team batting second has a slight but tangible advantage. Not only do they get the chance to pace their inning better with a visible target, but they also don’t have to deal with the aforementioned due factor.

Additionally, T20 squads are announced at the time of the toss, and with many domestic leagues only allowing a certain number of foreign players per squad, a lot of players you may be banking on might be left out of the squad at the last minute. As a rule of thumb, it’s important to hold on to your bets until the squads are announced, by which time you should also be aware of the weather conditions at the venue.

Moreover, many of these domestic franchise leagues see regular bidding wars, with teams hoarding supplementary players in sometimes unnecessarily massive squads, and players changing teams almost every year. This means that, especially early on in such leagues, a team might experiment with certain players, leaving others out. This can lead to some appalling team selections or shocking player choices. Because of all these factors, T20 Matches see a lot more live betting than other formats, where such things might become apparent long before the match. Keep an eye out for team news to make sure you’re up-to-date with all you need to know to make educated T20 Match Predictions!

These are some of the tips you should keep in mind when betting on T20 cricket. Remember to bet responsibly so you can keep winning that sweet money!