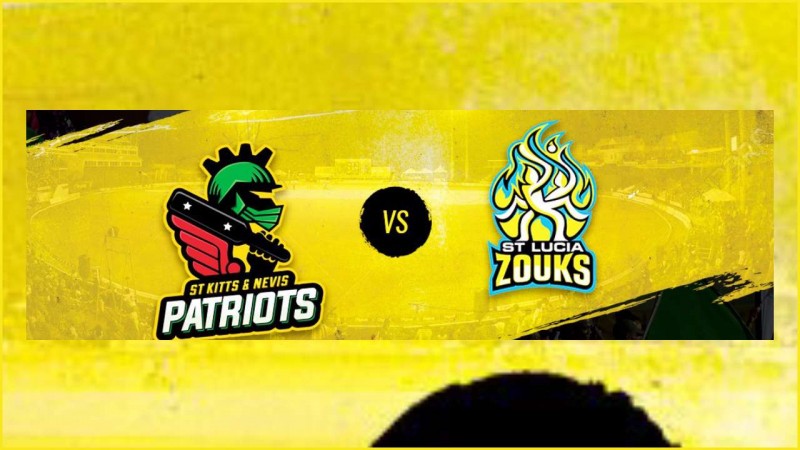 22.08.2020, 19:30 IST
Brian Lara Stadium (Tarouba)
Nobody likes starting a competition on the back foot, but such have been the results for both St Kitts and Nevis Patriots and St Lucia Zouks so far, with the former losing both their matches and the latter losing their only game so far. It goes without saying that both teams will be hell bent on getting the points from this match to get their tally started - the Patriots in particular. The Zouks have more than a point to prove, having only reached the playoffs of the Caribbean Premier League once in 7 years of competing, while the St Lucians have managed to do so for the last three campaigns straight - and that despite having played two less seasons than their Friday opponents. Before we get down to business on Friday, let’s take a look at how the teams stand.

Eliminated from the playoffs for the last three seasons, the Zouks will be keen on bettering that record and reaching the final this year. Taking notes from PSL, the Kitts have the hard-hitting Ben Dunk and Chris Lynn as well as the experienced Sohail Tanvir. On top of this, they also have local pacers Sheldon Cottrell and Alzarri Joseph, and New Zealand leggie Ish Sodhi. The only thing the side seems to lack is international experience, with most of the squad being domestic T20 specialists. Even the captain, Rayad Emrit, has only ever played 4 T20Is for the West Indies. In their two matches so far, their main issue has been batting, with one low-middling and one low total, both while batting first. They can perhaps find some solace in the fact that the two matches they lost so far were against last years’ finalists. 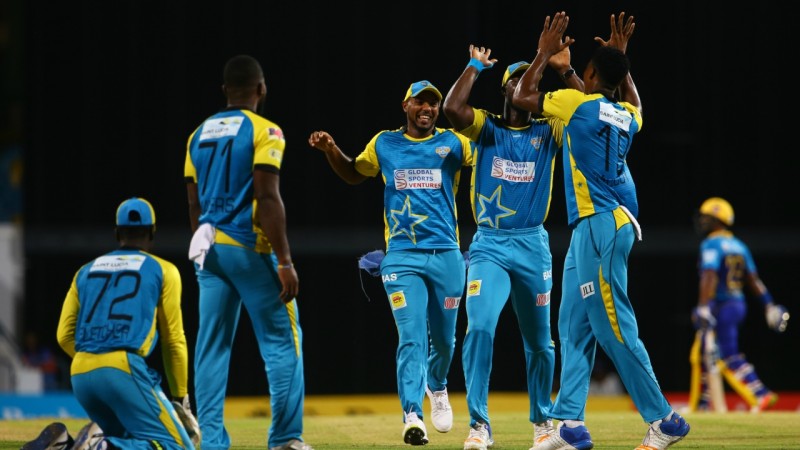 It’s not easy to be the bottom feeder of the group, as the Zouks will no doubt tell you. Falling in the same category as PSL’s Lahore Qalandars (this season notwithstanding) and, perhaps more accurately, IPL’s Kings XI Punjab, they are dying to break their mould. The only solace they can perhaps find is in the fact that unlike their subcontinental counterparts, they never spent gratuitous amounts only to have miserable results. Nevertheless, they will naturally want to improve their performance. Experienced hand Darren Sammy is at the helm, with West Indies national team stars Roston Chase and Rahkeem Cornwall also in the lineup. As far as international talents go, the side has a youngster from New Zealand and a slew of Afghan first and second string players. Suffice to say, the Zouks will need plenty of team chemistry to shine this year.

Losing three matches back to back in a league with 10 to play would be very difficult to get back from, so the Patriots will dig deep as they must. Expect Cottrell, Joseph, and Sohail Tanvir to make the ball do magic, while Evin Lewis and Ben Dunk hit big.

No franchise wants to have the record the Zouks have, and it is in their hands to improve. Expect Sammy and Chase to push with the bat, while Najibullah Zadran and Rahkeem Cornwall strike with the ball.

Can the Patriots bring their A game to get their first W? Or will the Zouks rise from their own ashes to start off a successful campaign? Find out on Friday!