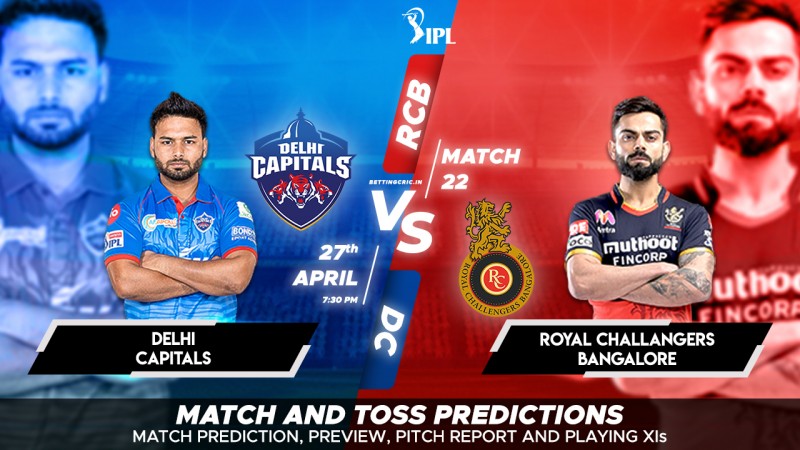 It’s been an interesting few days in the IPL, with three teams tied up at the top of the list and multiple teams losing players to Covid bubble fatigue and the worsening Covid situation in India. This undoubtedly brings up the question of why the decision was taken to hold the tournament in India to begin with. Nevertheless, the competition - at least for now - is slated to continue. For the first time in the course of this year’s IPL, Royal Challengers Bangalore have slipped down into second place. Overtaking them are their conquerors Chennai Super Kings, and their next opponents Delhi Capitals. The Capitals have been looking solid, and with both teams on equal points, there will be heavy competition. Before that competition gets under way, let’s take a look at the two teams.

Losing Ravichandran Ashwin to family matters won’t be easy, but DC have plenty of spinners as replacement. In any case, an absolute thriller unfolded between DC and SRH last night. Batting first, Prithvi Shaw sprang back into life with a solid 53 (39), and contributions from Shikhar Dhawan (28 off 26), Rishabh Pant (37 off 27), and Steven Smith (34 off 25) got the team to a defendable 159. On the defense, although at one point it looked as though there was little hope, Avesh Khan and Axar Patel came through for DC with 3 and 2 strikes respectively, and eventually, the two teams reached a stalemate and had to go into a Super Over. Thanks to errors by the SRH leadership and batsmen, and some solid bowling by Axar Patel, DC were able to clinch it off the very last delivery.

Steven Smith: After two solid starts, Smith will want to convert one into a big innings.

Shikhar Dhawan: Although he wasn’t as effective yesterday, Dhawan is still in excellent touch.

Axar Patel: Patel did superbly upon returning to the team, and he’ll be one to watch out for.

Avesh Khan: Still in excellent touch, Avesh has been the bowler of the season so far for Delhi.

It’s not easy to go from soaring high above the rest to being pushed down into third overnight, but RCB will have to recover from it - and it won’t be made easy by the fact that Adam Zampa and Kane Richardson have gone back home citing personal reasons. Fielding first against CSK, RCB did reasonably well until the very last over, when till-then economical triple-strike hero Harshal Patel was bludgeoned for 37 in an over. Few other bowlers put in a good performance, and RCB were faced with a strong 191 to chase. That chase didn’t go well, with Devdutt Padikkal’s quickfire 34 off 15 going in vain as only Glenn Maxwell’s 22 off 15 was the only other score to cross 20. A collapse ensued, and RCB somehow limped to 122 for some damage control for a 69-run loss.

Devdutt Padikkal: Although unable to make it big last match, Padikkal is still in terrific touch.

Glenn Maxwell: Like Padikkal, Maxwell is in excellent form.

Harshal Patel: One bad over doesn’t make a bowler bad, and Patel is still far ahead in the race for the Purple Cap.

Mohammed Siraj: One of the most improved bowlers of Indian origin in recent history, Siraj has been solid for RCB.

Although the true face of the Narendra Modi Stadium pitch will be revealed today, it is predicted to be more in favour of bowlers, with spin being the order of the day. Batting will not be easy, and targets of 160 should be difficult to assail.

Like a typical April in Ahmedabad, it will be extremely hot, dry, and with very little wind.

Can the Capitals continue their winning ways? Or will the Royal Challengers bounce back sharply after experiencing their first loss? Find out if our DC vs RCB predictions come true on Tuesday!

Do you agree with this Prediction?
Like
+3
Dislike
Want to start with a bonus? Choose the best Betting Site for youWhere are you from?
India Bangladesh