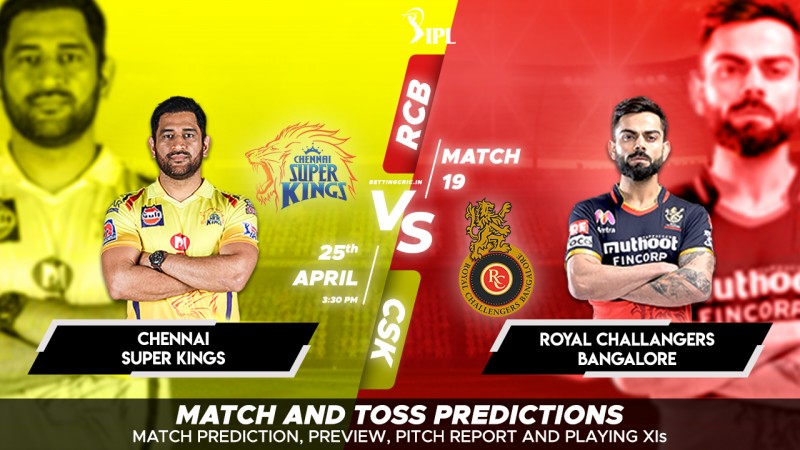 It’s a rivalry as old as the IPL itself. Chennai Super Kings and Royal Challengers Bangalore have played each other many times, and more often than not, CSK have come out on top. This year both teams are looking in top shape, but RCB definitely looks to be the stronger of the two. However, that could look different by the time this match ends. It’s the battle between numbers one and two on the table, and all eyes will be on screens following this incredible fight. That being said, RCB have long been striving to come out of CSK’s shadow. Before these two old-school giants lock fists and wrestle, let’s take a look at how they’ve been doing.

I must admit that CSK’s form this season has surprised me greatly. Although it’s still early days, they have shown some real promise and could end up going a long way. Batting first against Kolkata Knight Riders, Ruturaj Gaikwad finally had a good innings with 64 (42), and with Faf du Plessis’ magnificent 95 (60) and a little cameo by Moeen Ali, CSK were able to put a monumental 220 on the board. On the defense, it was once again Deepak Chahar who shone brightly with 4 strikes, while Lungi Ngidi put in his due with 3 more to seal an 18-run victory for Dhoni’s side.

Ruturaj Gaikwad: After putting up some good numbers, Ruturaj will look to do so more often.

Moeen Ali: Ali is in excellent batting form, with runs flowing freely off of his bat.

Deepak Chahar: Deepak is very close to sealing a place in the national team, and he’ll want to pull off some more spectacular performances to finalize that.

Lungi Ngidi: After finally making his presence felt, Ngidi will be eager to make himself more useful.

If you’re an RCB fan, we daresay you’re barely believing how well they’re doing. In first place with a two-point lead over the team immediately below them, they look like strong contenders to not only make the top berth of the playoffs, but perhaps go all the way for the first time in their history. Choosing to field first against RR, The heroics of Mohammad Siraj with figures of 4-0-27-3 set them up strongly, while another triple-wicket haul from a more expensive Harshal Patel helped. Chasing a relatively steep 177, RCB’s openers put on a batting masterclass, with Virat Kohli making 72 (47) and Devdutt Padikkal building up the first T20 century of his career. By the middle of the 17th over, the chase was done and RCB won with all 10 wickets intact.

Virat Kohli: After finally getting a big score at a good strike rate, Kohli will be confident about his future chances.

Glenn Maxwell: He may not have gotten a chance to bat in the last game, but Maxwell is in top form.

Harshal Patel: As usual, Patel is in excellent touch and making a big difference for the Royal Challengers.

Mohammed Siraj: Siraj is doing what much more experienced and big-name bowlers aren’t being able to do - being consistent.

The Wankhede Stadium has produced quite a few high-scoring matches this season, but also produced the odd low-scoring battle. While there’s certainly more in it for batsmen, bowlers aren’t exactly abandoned completely. Expect teams to choose to field first, if only to have a better idea of what their target should be. First innings score prediction: 180+.

Typical late-April Mumbai weather continues as we have a hot afternoon that gives way to a slightly cooler evening, with a strong breeze helping cool players starting from late afternoon. There should also not be any rain, making for uninterrupted cricket.

Can Dhoni’s team best that of his successor as Indian captain? Or will Kohli prove that the teacher has surpassed the master? Find out if our CSK versus RCB predictions come true on Sunday! 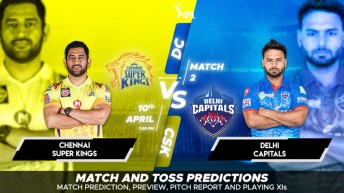