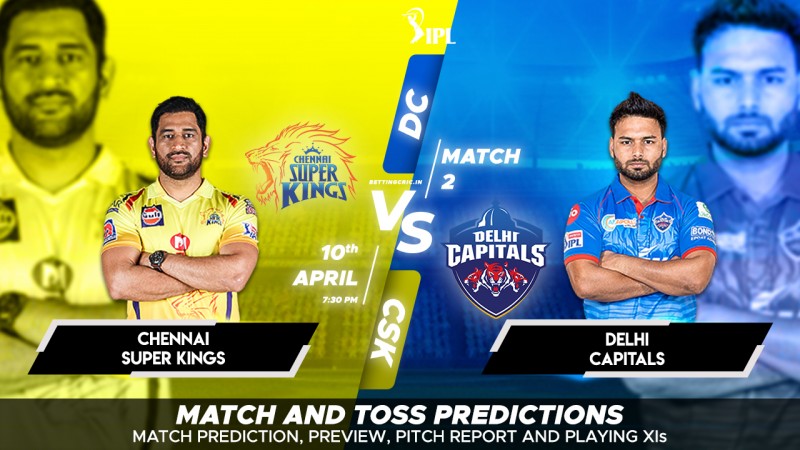 With one team not qualifying for the only time in their history and the other reaching their inaugural final, last year was a year of firsts for both the Chennai Super Kings and the Delhi Capitals. Now, they get to start anew. CSK will be eager to both compensate for last year’s mishap and close in on Mumbai Indians’ trophy count, while DC will look to have a league stage similar to last year and qualify for the playoffs once again - just in a less nerve-wracking way. CSK’s fight will be against a seemingly fading legacy of supremacy, while DC’s will be against a curse which they half-broke after 12 years of torment. Before the two teams face off, let’s take a look at how they stand.

Suresh Raina: Back in the side after a yearlong hiatus, Raina’s aim will be to restore CSK to its former glory.

Shardul Thakur: After a spectacular performance for India in Australia, Thakur will be eager to improve his IPL stats.

Krishnappa Gowtham: This might easily be Karn Sharma instead, but we expect either spinner to do well.

Rishabh Pant: The fearless young man will swipe at anything that he can send past the ropes.

Prithvi Shaw: Shaw has been in terrific touch in domestic matches, and with this match being in India, it’s his time to shine.

Ishant Sharma: Speaking of time to shine, an aging Ishant must play his best game to keep himself viable and relevant.

Ravichandran Ashwin: Ashwin has proven time and again that he is a dangerous adversary for any batsman.

The Wankhede Stadium pitch will offer uncharacteristic pace and bounce for an Indian pitch, and allow for lots of runs to be made. The team winning the toss will probably prefer to chase, but either option is equally viable here. Whoever bats first should aim for 190+ to feel safe.

The weather in Mumbai couldn’t be any better for cricket, with the air not too hot, the winds not too harsh, and virtually no rain predicted. Expect uninterrupted play.

Can the Super Kings begin a journey of redemption after last year’s failure? Or will the Capitals resume their good form from yesteryear? Find out if our CSK vs DC predictions come true on Saturday!