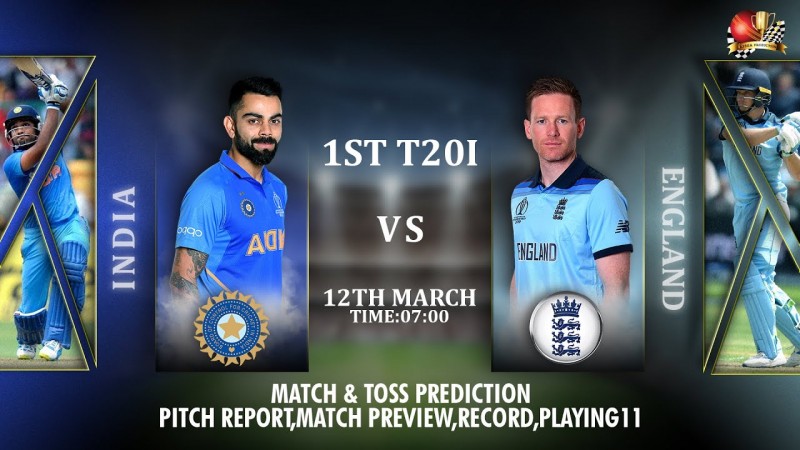 After coming back to beat England in the Test series, India will now be looking to continue their winning ways. However, despite being on home conditions, winning the T20s will be anything but easy even for a team like India at home. Both teams have been enjoying excellent form in the format, with England having a slight edge - having been unbeaten for 8 consecutive T20 series (7 wins and a draw) to India’s 7 (6 wins and a draw). The advantage in India’s favour, however, is both the Ahmedabad pitch and their spin lineup; not to mention their batting. On the other hand, as England themselves are no pushovers as far as raw talent goes. If all this wasn’t exciting enough, every player will be hell bent on doing their level best in order to get the chance to represent their respective countries at the T20 World Cup. Buckle your seatbelts, because this one promises to get rocky, and before the journey starts, let’s take a look at the two sides.

In high spirits from the Test series, team India will certainly have the higher morale coming into this series. They have a strong lineup of balanced players, and as far as the T20 format goes, despite the sheer amount of practice they’ve gotten domestically, the Indian players have only played one T20 series since the last IPL, while many of their opposition players have featured in various T20 franchises (including the IPL) and also played 3 T20I series. Nevertheless, their lineup looks very strong. Virat Kohli leads the team, and he’ll have Rohit Sharma, KL Rahul, Rishabh Pant, and Suryakumar Yadav to rack up the runs; Hardik Pandya, Axar Patel, Washington Sundar, and Shardul Thakur as all-rounders playing a dual role; Yuzvendra Chahal and Bhuvneshwar Kumar as pure bowlers. There are also plenty of solid options in the reserves. Although it’s unlikely that things will even get to the point where they are needed, that long tail is fearsome to say the least.

Rishabh Pant: Given his scintillating form in Tests, one can only imagine what Pant will be capable of in this format.

Hardik Pandya: Absolutely brutal with the bat, Pandya will be keen on getting back on the field just to pummel a few into the stands.

Axar Patel: Speaking of form, who is in a better state than Axar?

Washington Sundar: Although Axar took his spot in the Tests, Sundar will have the chance to prove his worth with the ball in the shorter formats.

The English team has talent in troves, but somehow the output hasn’t quite been there over the last few series, with the wins coming by the skin of their teeth rather in dominating fashion. It’s good to see some strong players join the fray, and their thirst for revenge will only make them more dangerous, but you can’t help but feel that India are the favourites despite England’s recent record. Eoin Morgan will take charge of the team for the T20s, and he will be employing

The services of Jos Buttler, Liam Livingstone, Jason Roy, and Dawid Malan with the bat, while Adil Rashid, Jofra Archer, and Chris Jordan form the bulk of the pure bowlers. If that bulk looks thin, it’s because of the bevy of all-rounders - Moeen Ali, Sam Curran, and Ben Stokes - making up the rest of the team. With plenty of juice in the reserves, England are definitely not going down without a fight, unlike the last 3 Tests.

Dawid Malan: In excellent form with the bat, Malan will be the go-to player for England as far as batting goes.

Sam Curran: The all-rounder is familiar with Indian conditions and more than capable of dispatching the ball all around the park.

Adil Rashid: England’s prolific spinner will have his work cut out for him.

Moeen Ali: Although he had to leave the Test series despite an excellent performance in the first match, Ali is back and ready to take revenge.

With 7 wins against 7, England and India are dead even head to head. Given that the only team India has a worse record against is New Zealand - a team that dominates at home like no other - that is quite a record. That being said, India won the last two bilateral T20 series between them, making the last time the English got the win being long back in 2014.

As has been seen again and again in the Tests, the pitch in Ahmedabad is excellent for spinners. On the other hand, it has been turned more into a batting pitch for the T20s, so expect runs to come. With a hot night in Ahmedabad negating any possible dew factor, it would be a good idea to bat first, and rack up 160-170 at least.

It will be a clear, hot, and dry night in Ahmedabad. Decent conditions for cricket minus the heat, but that heat will be reducing as the night gets older. We just hope no one has a heat stroke before then.

Can India start the series with a win? Or will England take the first steps towards vengeance? Find out if our India versus England predictions come true on Friday! 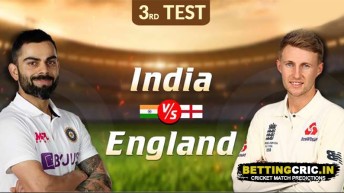