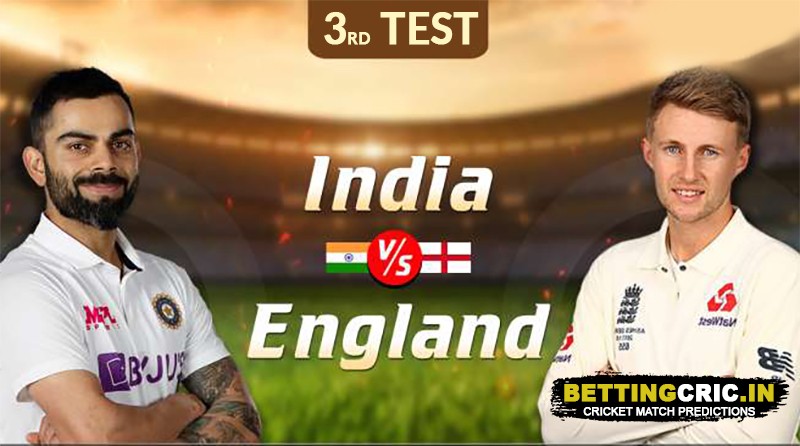 It’s always a great feeling when you come back after a poor showing, and India will be revelling in the exhilaration and relief such a feat gives. Coming into the second Test, they were under pressure to reverse their fortunes, and reverse their fortunes they did. With the third Test upon us, they now need to repeat what they did in order to all but seal their appearance in the final of the World Test Championship - not to mention get to the top of the ICC rankings. England on the other hand have slipped down to fourth, and must win the next two matches in order to achieve their own dream of playing in that final. They were miserable with the bat last match, and will have to fix their problems ahead of this one. Before the two teams get into their prolonged power struggle, let’s take a look at how they’ve been doing recently.

Following the debacle that was the first Test, India have turned around with an excellent display with both bat and ball - if more so with the bat. Batting first, Rohit Sharma got them off to a fantastic start with a powerful 161, and although support wasn’t immediate, Ajinkya Rahane’s 67 and Rishabh Pant’s 58 helped India get to 329, which was decent considering the fact that there were 4 ducks in the team. Next up came a fantastic display of bowling as the home side bowled out the visitors quickly to gain a 195-run lead, with Ravichandran Ashwin starring with 5 strikes and Ishant Sharma and Axar Patel taking two each.

In the second innings wickets fell quickly, but a 62 from Virat Kohli and a defiant 106 from Ashwin sealed a 481-run lead for India, and this time it was Patel with five, Ashwin with 3, and Kuldeep Yadav with 2 that managed to lock England down for a measly total for a massive 317-run win.

Cheteshwar Pujara: After a forgettable second Test, Pujara will be keen to get those runs on the board.

Virat Kohli: We saw some sparks of brilliance from the captain in the last match, and we will probably see more this time.

Ravichandran Ashwin: In the form of his life, Ashwin will be critical to India’s success.

Jasprit Bumrah: Whether Bumrah or Siraj plays, either bowler will enjoy the swing offered by the new pink ball in this day/night Test.

It was a difficult Test for both England players to play and fans to watch, so England will be hoping that they can stage as dramatic and emphatic a turnaround as India did for the previous Test. That being said, Moeen Ali’s absence will be hard for them to deal with in these spin-friendly conditions. Bowling first, Moeen Ali, Olly Stone, and Jack Leach managed to whittle down the Indian batsmen with 4, 3, and 2 wickets respectively. However, their batting faltered spectacularly as, apart from Ben Foakes’ 42, only Ollie Pope managed to get to 20, and 7 of them finished on single digits to slump to 134.

In the second innings, it was once again Ali with 4 - and this time Leach matching his tally - to keep India restricted to 286. However, chasing 481 in the fourth innings was always going to be impossible, and England made a meal of it. Ali’s 43 and Joe Root’s 33 were the only reasonable knocks, as another 6 single-digit scores left the visitors in the dust at 164.

Joe Root: It hasn’t been a great match for Root, and he needs to bounce back to lead his team from the front.

Jonny Bairstow: We’re not sure which England batsman will get the call, but we think Bairstow should, and that if he does, he’ll do well.

Jack Leach: After a superb performance with the ball in the previous Test, Leach will be instrumental to England’s efforts.

James Anderson: The king of Test bowling will be bending his back to make the best of the pink ball while it swings.

It’s going to be a hot, hot start to each day’s play, but things should get better as the evening rolls in. Other than that, conditions should stay pitch perfect for cricket with low humidity and no chance of rain.

The pitch at the Sardar Patel Stadium will be as friendly to spinners as most Indian pitches are, but the use of the pink ball will provide some help to fast bowlers as well as it offers more shine and more swing. There’s also some good in the pitch for batsmen, as plenty of high totals have been recorded here over the years. That being said, the longer the Test goes on, the harder it will be for batsmen to navigate the turn. Expect first innings totals of 400+ to be important for a win.

Can India get two in two to set themselves up for arguably the most important series win in their Test history? Or will the country that invented the game manage to keep itself in contention for the first global competition of its quintessential format? Find out if our India versus England predictions come true starting Wednesday!