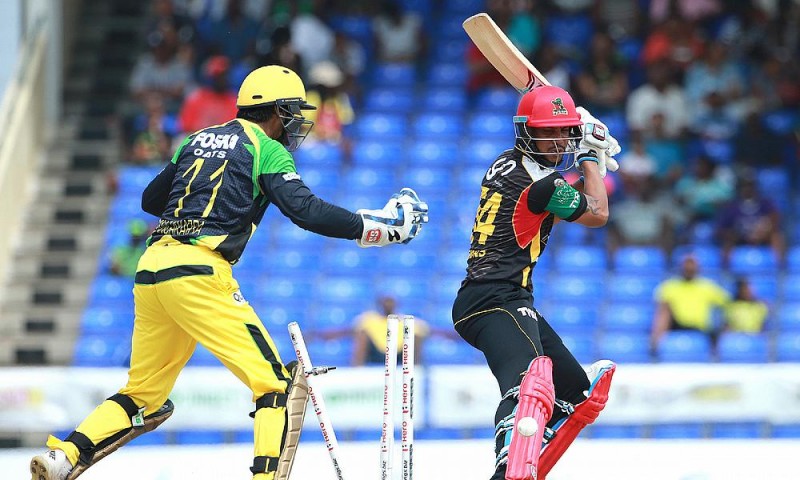 29.08.2020, 23:45 IST
Queen's Park Oval (Port of Spain)
Two underperforming teams go up against each other in this clash. Jamaica Tallawahs will be arguably more disappointed at their own performance, as they are two-time champions, but St Kitts and Nevis Patriots won’t be far behind in the disappointment category with only one win from their five games. The team will no doubt want to string some wins together to make it to the playoffs. Given that they won their last 4 meetings against the Tallawahs and only lost one out of their last 5, the Patriots will definitely be feeling confident about their chances. On the other side, the Tallawahs have very little to be happy about, and must give themselves a reason to reignite their fire. Before the two teams start wrestling on the field, let’s see how they’re doing.

Things looked pretty grim in Jamaica’s last match. Despite a fairly decent bowling performance - especially by Mujeeb Ur Rahman - it looked as though they stood a decent chance of making it past an out-of-form Barbados. However, a shambolic batting performance saw them crumble for 112-9 on a chase of a tame 148. Only one batsman even managed to breach the 30 mark, and only one other scored over 20. What’s more worrying is the rate at which they scored, with four players wasting several deliveries. If they are to pose a threat to the Patriots, they certainly need to address their batting woes.

After punching through the closing lid of their CPL 2020 coffin to land a blow on Barbados, the Patriots must have felt like they might just have a chance this year after all. That coffin lid may just have been slammed shut by the Zouks. The Patriots’ batting is still far from solid, but with their big hitters, they have that explosive firepower needed to get out of difficult situations - something that can’t be said about every team at this event. Evin Lewis’ good form should give them something to cheer about, as should Ben Dunk’s finishing. What they need to worry about is Chris Lynn’s lack of the same and the lackluster performances of Denesh Ramdin. If their batsmen can stop collapsing like they did in their last match, though, they will have a chance.

Jamaica might be down but they’re not out yet. Expect Jermaine Blackwood and Andre Russell to help put up a good total, while Mujeeb Ur Rahman and Oshane Thomas restrict their opponents.

The Patriots will look to put all they’ve got into this next match. Expect Evin Lewis and Ben Dunk to do the big hitting, while Ish Sodhi and Jon-Russ Jaggesar pick up important wickets.

Who will win the 18th match?

Can Jamaica get rid of that lackluster mentality? Or will the Patriots take their second phoenix step? Find out on Saturday! 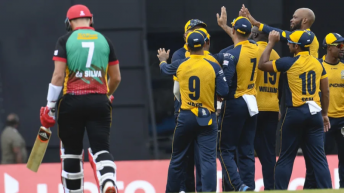