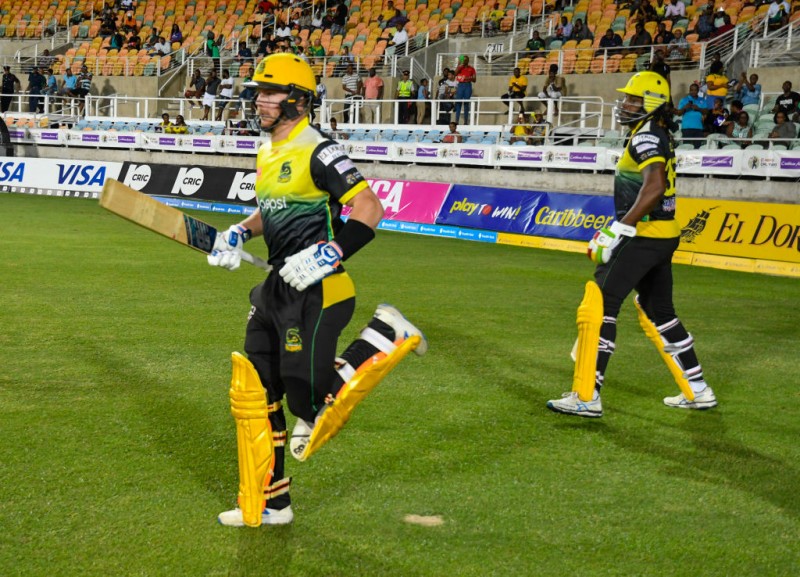 As the battle for the playoff slots heats up, we see the two lineups of Barbados Tridents and Jamaica Tallawahs line up. Fourth and fifth on the table, Jamaica and Barbados haven’t had the best CPL season. Jamaica started off with a win but faced two defeats before finally winning yesterday’s clash against Guyana, while Barbados managed to win only one out of four in their title defense. Jamaica do have another edge, which is that they have won 4 out of the last 5 battles between these teams. Both teams have their fair share of stars, and it should be an interesting contest by all means. Before the coin is flipped to take its share in the fate of this matchup, let’s take a look at the two sides.

With their latest defeat, Barbados have effectively gone from being potential title defenders to being in risk of not even making the playoffs. A lot of this has to do with batting, with many of their batsmen - especially opener Shai Hope - scoring at strike rates of less than 100. Had this been a one-off incident, it would be understandable, but on the regular it looks like bad form at best and a complete lack of intent or sincerity at worst. This is especially noticeable because Shai Hope has an average T20 strike rate of 123 (even after the last few matches) and T20I strike rate of 136. If Barbados are to start winning, their batsmen really need to step their game up. Additionally, some questionable captaincy is also to blame. Despite being the pick of the bowlers in the match before, off spinner Ashley Nurse was not given the ball against the Patriots despite the left-handed Evin Lewis wreaking havoc.

Winning two and losing two isn’t so bad, as Jamaica would like to think. After their last match, the Tallawahs should have reinvigorated hopes for advancing to the playoffs and perhaps a shot at true glory. If such a feat is achieved, though, it will most likely be the bowlers who get them there as the batting has been pretty inconsistent. With the likes of Glenn Phillips and Andre Russell, though, they certainly have the potential. Their biggest disappointment so far this season has to be Chadwick Walton. The keeper-batsman, with a depressing total of 3 runs scored in four matches, surely must play a better role as an opener.

It’s almost at the point where it’s do or die for Barbados. Expect Corey Anderson and Johnson Charles to hit the boundaries, while Rashid Khan and Mitchell Santner strike hard with the ball.

The Tallawahs will want to make the best of their opponents’ lack of form. Expect Glenn Phillips and Andre Russell to spearhead the batting while Verrasammy Permaul and Mujeeb Ur Rahman bowl their hearts out.

Can Barbados start staging their comeback? Or will Jamaica reassert their playoff dreams? Find out on Wednesday!