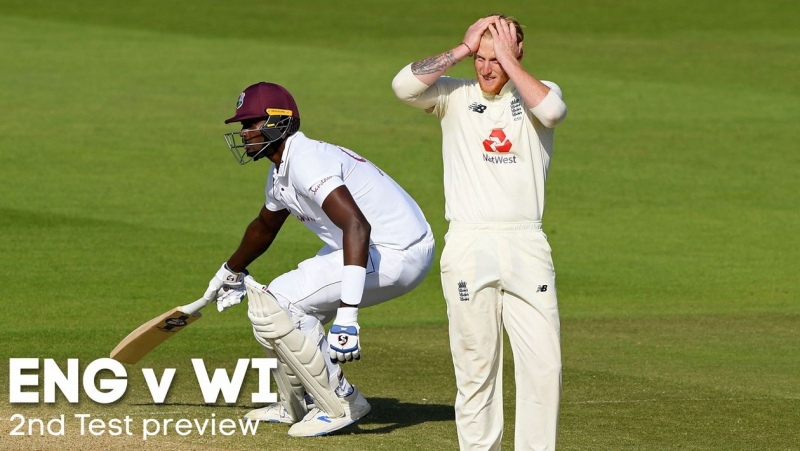 They say courage comes in all shapes and sizes, and after a cracking first game in the ongoing England vs West Indies test series, one would be wholly inclined to agree. The heroics of every West Indian - from the five foot two Jermaine Blackwood to the towering six foot eight Jason Holder won the visitors a much-needed victory against the much-favoured home side. However, England themselves also showed plenty of tenacity to claw themselves to a competitive - and at times seemingly winning - position after a disastrous first inning. Ben Stokes, in particular, was excellent, with good support from James Anderson and Zak Crawley. Before we join the most-awaited test series in almost a century on its second match at Old Trafford, let’s take a look at how the first match went.

After almost the entirety of the first day was washed out, England had the kind of start any team choosing to bat after winning the toss dreads. The deadly duo of Shannon Gabriel and Jason Holder never let them rest, dividing all 10 wickets between themselves with the highest score for the English being a semi-decent 43 by Ben Stokes.

What eventually became a roller-coaster match looked like it would be a rampage by the West Indies when they cruised to 102-1, but losing wickets at regular intervals didn’t help, and although Shane Dowrich and Kraigg Brathwaite played well, West Indies were bowled out for a modest 318.

With a first-inning deficit of 114, England began the difficult task of catching up very well. Until Stokes’ dismissal at 249, it seemed as though they would set an insurmountable fourth-inning target for the Caribbean men, but Gabriel and co. mowed through the middle and lower order to restrict the Three Lions to 313, setting an attainable target of 200 for themselves.

A flurry of wickets and a retired hurt later, West Indies looked like they would crumble for a lot less, but Jermaine Blackwood had other plans. With support from Roston Chase and Shane Dowrich, he all but saw the match through, finally falling with 11 runs to go - an easy task for retired hurt returnee John Campbell and captain Jason Holder.

Old Trafford isn’t a ground for mammoth scores, with very few matches seeing scores of 500 or more in its illustrious 136 years of service. Given the strength in the bowling lineups of these two teams, it’s more than likely that unless nature interferes, we will see a result.

With their reputation, 32-year record and ICC ranking points on the line, England will fight tooth and nail to prevent the visitors from getting away with a series win. Given Stokes’ performance in the first game, and a second inning that revealed some of the brilliance the world champions have in their repertoire, the Three Lions will no doubt be bent on levelling the series.

This West Indies side, despite being prone to the dreadful inconsistency that has haunted the team since the mid-late 80s, shows some true promise. Jason Holder seems to be just the captain they needed, and with a little more resolution with the bat, there’s no reason why they can’t shock England again.

Who will win the 2nd Test?

Can England repel their raiders to retain their record? Or will the West Indies’ continued carnage carnage cause them to capitulate? Find out starting Thursday! 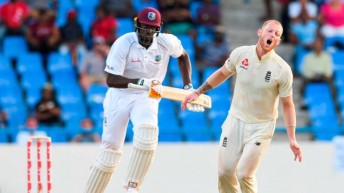