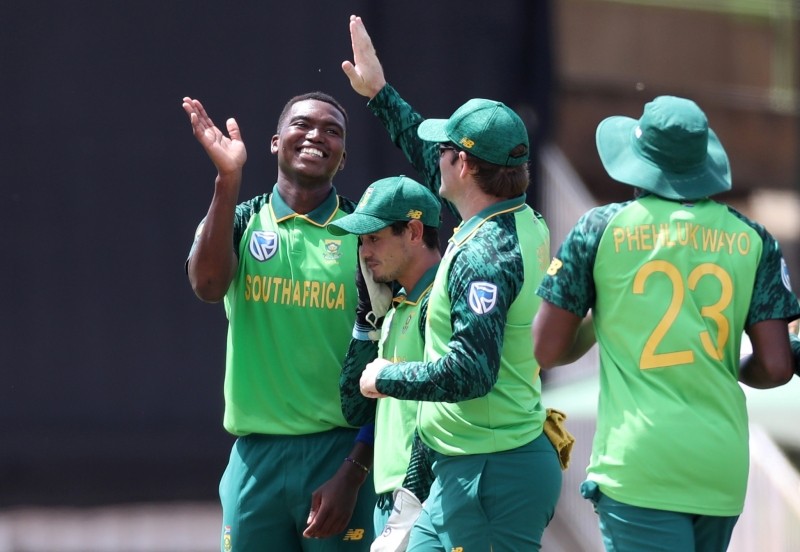 7.03.2020, 09:00 IST
Senwes Park (Potchefstroom)
Cricket is a team game for sure, but sometimes there are individual performances which can tip the scales to one side considerably. When two individuals on the same team perform on a whole other level on the same day, it usually results in something spectacular, and spectacular is exactly what we got in the second ODI of the ongoing South Africa vs Australia series. In the first inning, it was the work of one hero that restricted the visitors to a modest total, while another hero took over in the second inning to see the home side through. Not only did their combined efforts win the Proteas the match, it had them seal an important series win that was much-needed after a disastrous T20 campaign and poor form overall. A couple of stellar performances, and a well-balanced game to talk about before we head into the third match in Potchefstroom.

The day began with Australia winning the toss and choosing to bat. Right off the bat, they went for an explosive start with veteran opener David Warner smashing his way to a 23-ball 35. Although his partner Aaron Finch was cautious, he played extremely well for his 87-ball 69. Other notable innings include D’Arcy Short’s 69 and Mitchell Marsh’s 36. The standout performer in this inning, however, was South African quick Lungi Ngidi, who, despite being somewhat expensive by having conceded 58 runs for his 10, devastated the Baggy Greens with a whopping 6 wickets. Anrich Nortje also took a couple of wickets, and Tabraiz Shamsi and Andile Phehlukwayo got one each.

Chasing 271, South Africa lost their in-form captain Quinton de Kock in the very first over, However, last-match debutant Janneman Malan, who was out for a golden duck in his very first match, bounced back in superb style. Creating important partnerships with Jon-Jon Smuts, Heinrich Klaasen, and David Miller, he saw the match through for his side right from the first ball with a massive 129 not out off of just 139. Among the Aussies, only Adam Zampa was able to make a tangible impact with his 2 for 48. Mitchell Starc and Pat Cummins also struck, but only once each.

Rarely if ever do we see a combined Man-of-the-Match award, but in this instance it was thoroughly deserved by both Lungi Ngidi and Janneman Malan.

If South Africa is to whitewash Australia, they need to show the same kind of consistency and it will be important for especially de Kock to concentrate on his batting, while the bowlers focus on their line and length so as not to give away so many runs. Expect Malan to continue from where he left off, and Klaasen and Miller to continue supporting him while Ngidi and Phehlukwayo do their thing with the ball.

Australia on the other hand will be desperate to avoid a whitewash, and they will no doubt try to play to their strengths - something they have always been so good at. Expect Finch, Warner, and Smith to come in all guns blazing, and Starc, Cummins, and Zampa to use all the tricks in their books to prevent a humiliation.

Who will win the 3rd ODI? 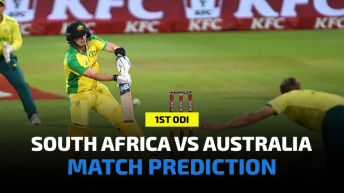 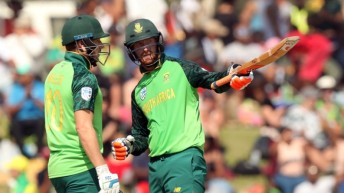