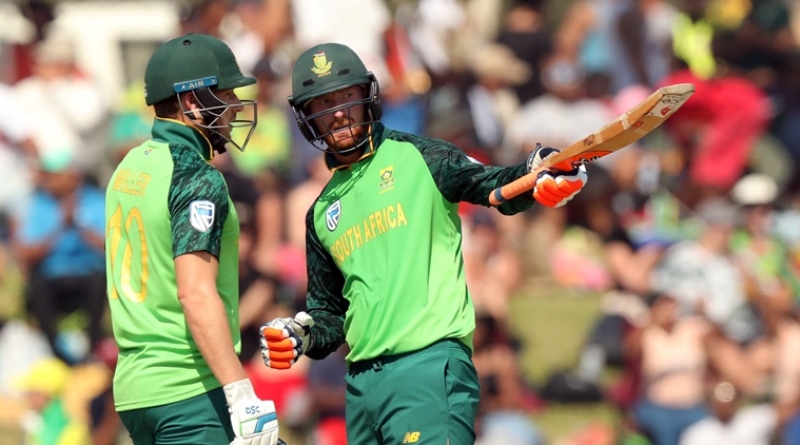 4.03.2020, 16:30 IST
Mangaung Oval (Bloemfontein)
Following a T20 series that featured two infamous, humiliating defeats, the Proteas stepped their game up for the ODI series with a resounding victory over their powerful visitors. All odds, including ours, were against Quinton de Kock’s side as they went into the game, but with solid all-round bowling and a spectacular individual performance by Heinrich Klaasen, they managed to prove their doubters wrong. As we head into the second and perhaps deciding match in Bloemfontein, let’s glance back at the last match.

Choosing to bat first initially seemed to be the wrong decision by South Africa, as they lost debutant opener Janneman Malan off the very first delivery, and found themselves struggling at 48-3 with all their first 3 batsmen, including in-form captain de Kock, dismissed. However, a couple of game-changing partnerships followed, with debutant Kyle Verreynne, man of the match Heinrich Klaasen, and veteran David Miller scoring 48, 123, and 64 respectively. Klaasen saw the inning through, with the home side reaching a respectable 291.

While Aussie quick Pat Cummins bowled superbly for his 45-3 and Mitchell Starc did well with 59-2, the others were either too expensive or ineffective.

In the other inning, openers Aaron Finch and David Warner were both dismissed by the 9th over, and although captain Steve Smith played well for his 76, and newcomer Marnus Labuschagne scored a decent 41, no one in after that could so much as reach 20. As a result, the Baggy Greens were well out of contention by the time they were bowled out at 217 after 45 overs.

In an inning where every South African bowler struck, Lungi Ngidi was the star with the ball, taking 3 for just 30 runs from his 8 overs. Anrich Nortje and Tabraiz Shamsi each picked up a couple, while Andile Phehlukwayo and Keshav Maharaj got one each.

This resurgent South Africa looks much more likely to seal the series in the second match, but given their propensity to lose the plot at the death, one can never be certain. Nevertheless, expect de Kock, Klaasen, and Miller to bat well, while Ngidi, Shamsi, and Maharaj to strike with the ball.

For the visitors, it’s important to shake off the loss and focus on their form from the T20 series. They certainly have the skill, and just need to channel it. Expect Warner, Smith, and Labuschagne to score, and Starc, Zampa, and Cummins to take wickets.

Who will win the 2nd ODI?