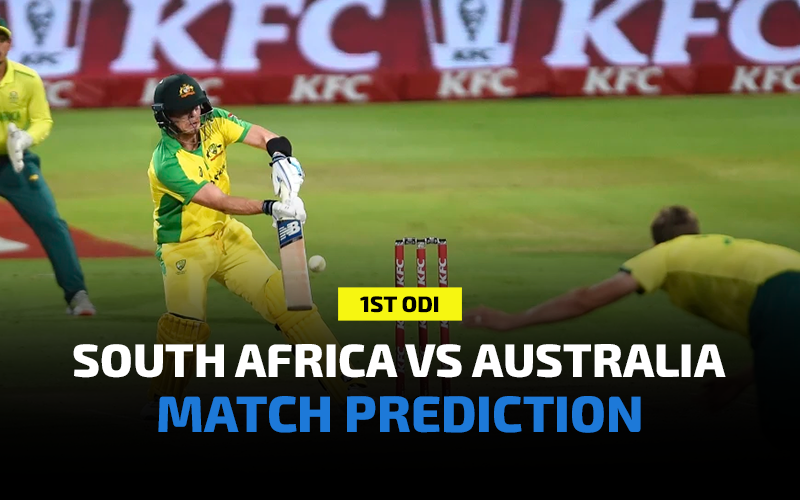 29.02.2020, 16:30 IST
Boland Park (Paarl)
Being thrashed on home soil is probably the worst feeling in cricket, and being thrashed twice in a 3-match series is therefore twice as ugly. Such was the fate of South Africa in their T20 series against visitors Australia. That being said, the home team holds a very special world record against the visitors, and would love to channel that energy to make up for the disappointments of the previous two T20 series as we head to Paarl for the first of the 3-match ODI series.

Despite a close series with England and a good second match with Australia, this South African lineup just exudes a lack of experience and that winning spirit. Sure, there’s plenty of talent, but something’s just not clicking as often as it needs to. They couldn’t meet expectations at the World Cup last summer, and since then have only had one ODI series - a 1-1 tie against England.

Nevertheless, captain Quinton de Kock has been, for the most part, in terrific form and like the rest of the batsmen, just needs to find some consistency. Like the batting, The bowling attack has proved capable, but expensive and in need of discipline.

With an all-star lineup with plenty of experience, Australia are all set to resume their dominance of the ODI format. For this series, Marnus Labuschagne and Josh Hazlewood come into the lineup, making them arguably even stronger.

At the same time, complacency can play a role in the outcome of the match. Having been able to bulldoze South Africa in two T20s, Australia’s confidence will be sky-high and they will need to keep their feet planted firmly on the ground in order to not get carried away. Captain Steve Smith will have to make sure players like Pat Cummins, Mitchell Starc, Ashton Agar, David Warner, etc stay level-headed and focus on objectives.

The Proteas are the only team that Australia only has a 50% win rate against in ODIs (48 wins to 48 wins). Every other team ranges from 55.1% (West Indies) to 100% (Associate nations and Afghanistan). This of course includes the legendary 434-438 match, and fans will be drooling at the prospect of a similar match. However, Australia haven’t won a series against South Africa since 2014, and they will undoubtedly want to change that and preserve their positive win ratio against every team. Meanwhile, South Africa will be desperate for a win, but they will have to dig very deep indeed if they are to beat this Australia side in an ODI - or just hope for some more complacency.

For de Kock’s men, the ODIs might be the turning point. Expect Lungi Ngidi, Kagiso Rabada, and Tabraiz Shamsi to make impacts with the ball while Quinton de Kock, Heinrich Klaasen, and David Miller hit hard with the bat.

As for the visiting team, David Warner, Steve Smith, and Aaron Finch are all in reasonably good form and will be expected to star. Among the bowlers, Mitchell Starc, Kane Richardson, and Ashton Agar will likely prove effective.