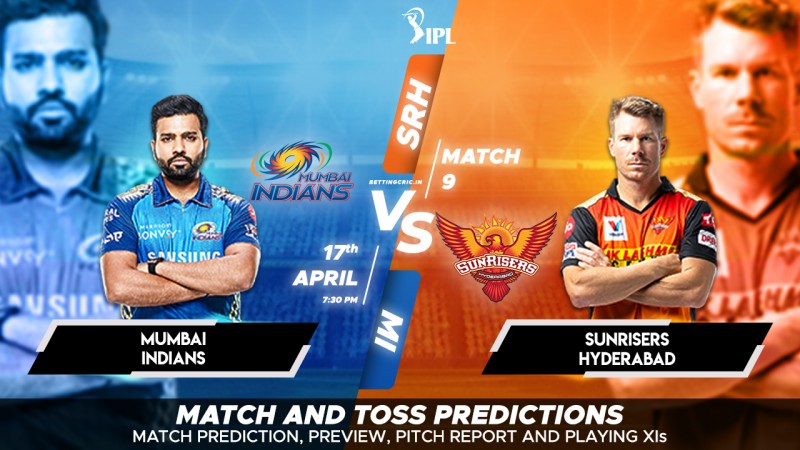 The last match for Mumbai Indians saw them come scarily close to two losses in a row, with Kolkata Knight Riders all but gifting them a win. At the time of writing, they stand in second place, but that could very easily change in a matter of hours - and if they lose their next match against Sunrisers Hyderabad, change for the next few weeks. If that sounds unsettling for MI fans, SRH fans are far worse off. With two losses in two, they must strive hard to get a win in the next match. Before this important clash between blue and orange takes place, let’s take a look at how they’ve been doing.

Although the Indians are still far from being in a situation where their title defense can be deemed to be in jeopardy, their performance so far this season has been far from convincing, with multiple big names failing on both their outings. Put into bat by KKR, Rohit Sharma’s 43 (32) and Suryakumar Yadav’s 56 (36) gave them a strong base to grow from, but the rest of the players couldn’t add much to that, leaving them defending a mediocre 152. It took them almost 9 overs to find a breakthrough, but that wicket triggered a chain reaction, with their opponents losing wickets at regular intervals. Some extremely tight bowling at the death then saw them win the match by 10 runs, with Rahul Chahar playing hero with 4-27, supported by Trent Boult with 2-27 and an extremely economical Krunal Pandya, who took a wicket and only gave away 13 runs from his 4 overs.

Suryakumar Yadav: Mumbai’s reliable star has been exactly that, and he deserves a spot here.

Ishan Kishan: Kishan must take inspiration from Yadav and do better than he did last match.

Rahul Chahar: After an excellent performance in the last match, Chahar has shown how effective he can be.

Where the Indians were able to barely eke out a victory on the tricky Chennai surface, the Sunrisers were on the receiving end of an identical situation against Royal Challengers Bangalore. As long as Kane Williamson comes back, though, they have a much better chance against MI. Bowling first, Jason Holder’s 3-wicket haul and Rashid Khan’s economical figures of 4-0-18-2 helped them tie RCB down for a subpar 149. On the chase, David Warner’s 54 (37) was just what the doctor ordered, but Manish Pandey’s extremely slow 39-ball 38 put them under run rate pressure, and with Rashid Khan’s 17 being the third-highest score on the team, the Sunrisers fell just short, losing by 6 runs.

David Warner: Warner seems to have regained his form, and will look to keep it intact for the rest of the season.

Kane Williamson: We really hope that the Kiwi captain will finally take part in the IPL, with his team alternatively risking going winless for 3 games straight.

Rashid Khan: Rashid’s skill is equalled by his consistency, making him a deadly force.

Bhuvneshwar Kumar: Bhuvi needs to step his game up for the sake of his team’s current situation.

The pitch at the MA Chidambaram Stadium in Chennai has proven to be an extremely tricky customer lately, with the ball slowing down greatly in the tail end of the second innings to make life extremely difficult for chasers, not to mention the abundance of help spinners get. Expect teams to choose to bat first, and try to aim for 160.

A nice cool breeze will help the players from getting too hot from the considerable temperature, and with virtually no chance of rain, cricket should be a good idea in Chennai on Saturday.

Can the Indians make it two in two to close the gap between themselves and the top? Or will the Sunrisers finally get off the mark? Find out if our MI vs SRH predictions come true on Saturday!