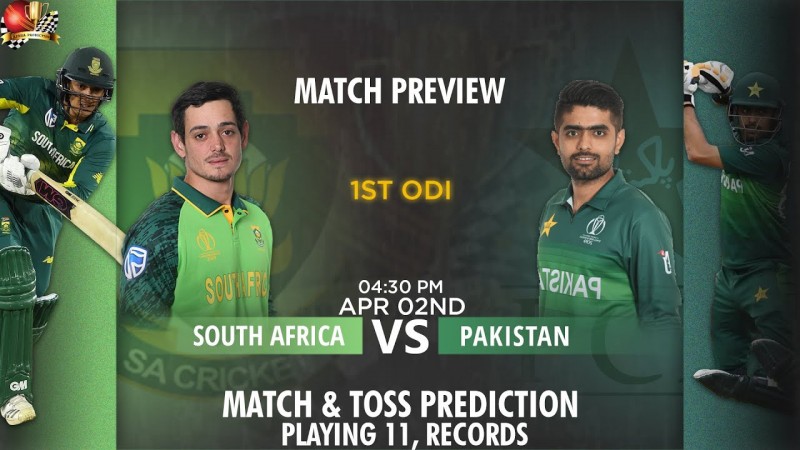 It’s a battle between two teams in different stages of rebuilding. Pakistan have had much better luck as far as incoming talent is concerned, while South Africa are still struggling to find their groove in a world of cricket that the vast majority of their players are yet to understand, and their expert ex-players have left. Both teams will be desperate to win this series, though. Pakistan have the pressure of both their public and their home media outlets riding on their backs, while the Proteas are desperate for a win or two after a poor run of form in other formats. Throw in the fact that there are ICC Cricket World Cup Super League points up for grabs, and things get even more interesting. Let’s just hope Cricket South Africa and Pakistan Cricket Board manage to keep the bio-bubble intact. Before the bilateral series gets going, let’s take a look at the two sides.

Temba Bavuma: The new captain is also a capable batsman, and with his experience, he’ll want to pitch in with the bat heavily.

Quinton de Kock: de Kock’s the one batsman the Proteas have who can really cut loose and get destructive.

Kagiso Rabada: Back in the side after a prolonged period of injury, Rabada will be eager to pick up some scalps.

Lungi Ngidi: Lacking discipline but excellent when in form, Ngidi will have to play his best game.

Babar Azam: The best batsman Pakistan have produced in decades.

Mohammad Rizwan: If anyone can give Azam a run for his money as far as the aforementioned title is concerned, it’s Rizwan if he continues his amazing form.

Shaheen Shah Afridi: The intrepid speedster is excitable, fast, and deadly - three things all fast bowlers should be.

Haris Rauf: Not as celebrated as Afridi, but no less effective on a good day.

South Africa will be happy to play against Pakistan because they have an excellent record against them, winning 50 and losing only 28. In fact, Pakistan have only ever won one bilateral ODI series against the Proteas, which was almost 7 years ago. This is definitely South Africa’s series to lose.

The pitch at the Supersport Park, Centurion is one virtually dedicated to fast bowlers. This means the pace batteries of both teams - both highly capable - will love tearing up the surface. Unlike Johannesburg, though, runs are hard to come by in these parts. Expect teams winning the toss to want to bowl first; and those batting first should try to rack up 250+ to put up a strong fight.

It’ll be a thoroughly pleasant day for cricket in Centurion, South Africa. The temperature will wiggle in the mid-twenties, and with middling humidity, virtually no chance for rain and a nice breeze, things should be idyllic for cricket.

Can South Africa get off to a much-needed-for-team-morale winning start? Or will the Pakistanis announce their visit with a knockout blow? Find out if our South Africa vs Pakistan 1st ODI predictions come true on Friday!