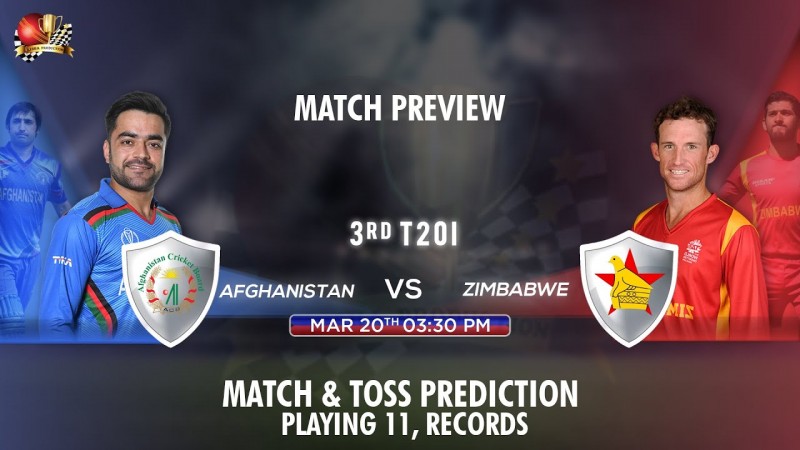 It’s rare for two consecutive cricket matches to unfold almost identically, but that is precisely what happened in the two T20s between Afghanistan and Zimbabwe. Once again, it was Afghanistan batting first to get a very strong score before Zimbabwe tried and failed to assail the target. Now the third match has been turned into a dead rubber as far as the series goes, but for a team like Zimbabwe, a win in even that would mean a lot. Meanwhile, Afghanistan will most likely rest some important players. Before the sun rises on a quiet Sheikh Zayed Stadium, let’s take a look at the two sides.

It’s amazing to see a team as relatively new as Afghanistan play with the kind of confidence they do. While having several players playing for overseas franchises helps, it’s undoubtedly an intrinsic quality for many of them. Batting first in the last match, Usman Ghani (49 off 34) got the team off to a fiery start with his partner Karim Janat (53 off 38). Things were looking good for a 170 - or so total, but a strong late flourish by Mohammad Nabi (40 off 15) saw them propelled to a monumental 193. On the defense, all 6 Afghan bowlers struck, with Rashid Khan taking 3, and Naveen-ul-Haq and Mohammad Nabi taking two each. By the time the innings was in the 18th over, the Afghans’ opponents’ chances were flushed out entirely for a 45-run win for the series winners.

Rahmanullah Gurbaz: After a poor game, Gurbaz will be keen on getting back to his destructive ways.

Karim Janat: The so-called ‘bowling all-rounder’ has been in top form with the bat in his newfound position near the top.

Mohammad Nabi: The big man is as good with the ball as he is with the bat.

Rashid Khan: You can’t keep this guy away from such lists for long.

Unfortunately, a series that started hopefully has turned into the usual nightmarish ordeal for the Zimbabweans. Bowling first once again in the second T20, the only bowlers who bowled economically were only given two overs each. Blessing Muzarabani did pick up two wickets, but he went for a lot of runs like everyone else. Faced with a frightening 193, it didn’t help that the visitors lost 5 wickets by 56. A 40-run performance by Ryan Burl and three 20-something knocks gave them a little hope, but the wickets just never stopped falling, and Zimbabwe found themselves out of wickets to lose in the 18th over.

Tarisai Musakanda: The youngster got off to a start but needs to do better for his team.

Blessing Muzarabani: Absolutely world class, he needs to work on leaking too many runs.

Donald Tiripano: Tiripano has the ability to get batsmen thinking, and he needs to apply himself more in order to extract the same toll from the Afghan batsmen.

As is known to anyone who reads this blog, the pitch at the Sheikh Zayed Stadium is great for both bowlers and batsmen, with good totals also gradually becoming normal. Expect first innings totals of 180 or more to be a good deal.

It will be a slightly cooler-than-normal day in the capital of the UAE, and although a tiny bit of precipitation has been predicted, it shouldn’t be enough to affect the game. Other than that, conditions are splendid for cricket.

Can Afghanistan complete another whitewash against Zimbabwe? Or will the African side surprise the world by claiming a slice of the bragging rights? Find out if our Afghanistan versus Zimbabwe predictions come true on Saturday! 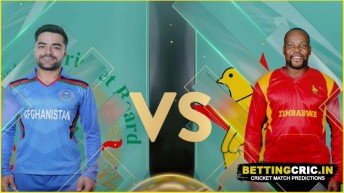 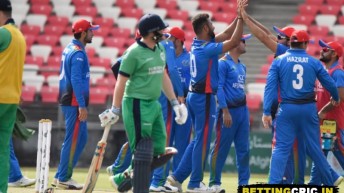