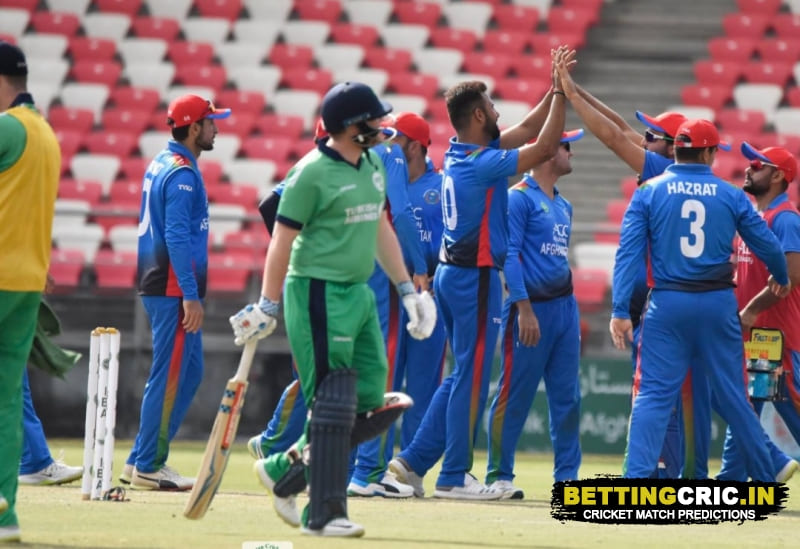 Watching a battle between two evenly matched teams is always one of the great joys of sports, and Afghanistan versus Ireland is one such engagement. Both teams were the best of the Association sides for many years before attaining their Test status in 2018, and they have a deliciously even ODI record head to head. The difference between the two teams right now is the fact while Ireland has played a series against England and half of another against the UAE, Afghanistan haven’t played an ODI since the lockdown began. On the other hand, Afghan players have taken part in the Shpageeza League, and some of them also played in various T20 franchises across the globe. By every metric, this should be an exciting, interesting series, and before the first match gets under way, let’s take a look at the two sides.

Even just 10 years ago, Afghanistan’s cricket team was a largely unknown motley crew of players. Now, however, they are a well-disciplined squad of players who can give the best of them a run for their money. Players like Asghar Afghan, Rahmat Shah, Hashmatullah Shahidi, Rahmanullah Gurbaz, and Najibullah Zadran can run wild with the bat, with the ability to hold their ground as well as accelerate swiftly when required. With the ball, the Afghans have a plethora of excellent options in both pace and spin, with Rashid Khan, Naveen-ul-Haq, Mujeeb Ur Rahman, and Gulbadin Naib all capable and/or accomplished bowlers. The real shining aspect of this side, though, are its all-rounders. Each of them can win matches with performances with either bat or ball, and it’s a joy to see them perform. One small issue might be the omission of the experienced Samiullah Shinwari and Mohammad Shahzad, but perhaps the younger players can replace them effectively.

Balbirnie’s side have had a chequered time post-Covid. They managed to beat England at home for the first time ever, but they also somehow lost to the UAE for the first time as well. That being said, they have both seasoned veterans and skilful youngsters to balance the team. Paul Stirling and Andrew Balbirnie up top can form a solid platform for the others to build on, with Harry Tector, Lorcan Tucker, Kevin O’Brien, and Gareth Delany ready to do so. With the ball, Andy McBrine, Craig Young, Simi Singh, and Curtis Campher shine brightly. As far as all-rounders go, if Afghanistan has some solid ones, Ireland are practically overflowing with them. As crazy as it sounds, the team has no fewer than 6 all-rounders in their 15-man squad, and all of them are dependable players in both fields.

In 11 years of cricket, the two teams have won and lost exactly 13 matches against each other, making this one of the fiercest, most balanced rivalries in cricket. In the last 2 years, though, Afghanistan have had most of the success, with the Irish last winning a series back in the 2017/18 season.

Although it will be a cloudy, cool, mostly overcast day in a wintertime Abu Dhabi, there’s only a 10% chance of rain. There will be some humidity, and the strong breeze might affect the trajectory of high shots.

Although there’s not much support for bowlers who turn the ball, there’s a duality to the pace of the pitch that often makes it troublesome for batsmen to time the ball well. The Abu Zayed stadium is a relatively low-scoring stadium in the modern game, with only 3 scores above 300 and the highest score ever being 313. That being said, the team winning the toss will want to bat first, as that seems to have a pretty sizable advantage on this ground.

Can Afghanistan resume cricket on a high note? Or will the luck of the Irish see them breeze past their competitive foes? Find out if our Afghanistan vs Ireland predictions come true on Thursday!