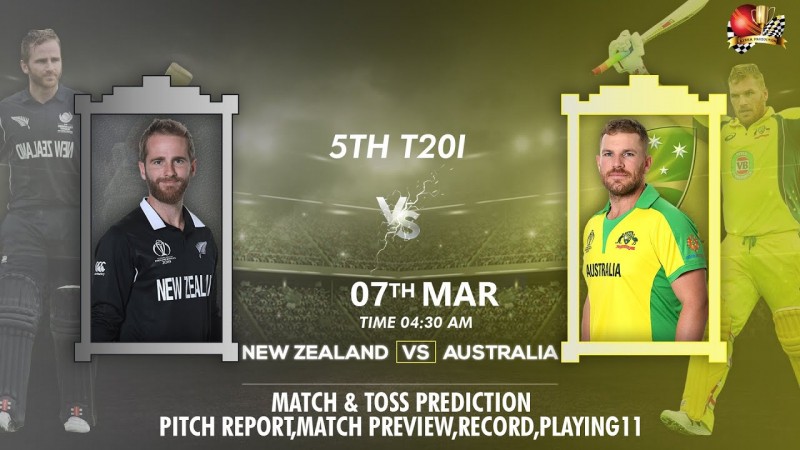 As ubiquitously as comebacks are hailed as positive, there are always two sides to them. To one side, they’re a dream coming true, while to the other, it’s the manifestation of a nightmare. New Zealand were on the verge of a historic T20 series win against their powerful neighbours, and perhaps even pondering a whitewash, and now they’re on level ground with the last match being worth the series. Disheartened and demoralized, they must now get back to their form from earlier in the series to clinch it. The Australians, in the meantime will be very happy with the way they’ve come back into this series, and they will throw everything at winning this series. Before this all-out war begins, let’s take a look at the two sides.

Things must be frigid in the Kiwi camp right now. It’s bad enough to be on the receiving end of a comeback, but it’s far worse when it’s their regional big brother/rival/bully all rolled into one. In their last match, they bowled first. Although they were able to take wickets on a regular basis, with Ish Sodhi taking 3, Trent Boult 2, and Mitchell Santner just the one (plus he was extremely economical), poor death bowling cost them a chance to limit the visitors to what could have been a subpar score. If that sounds bad, their chase was far worse. It’s a terrible thing to see that number 9 Kyle Jamieson was by some way the highest scorer with just 30, with Tim Seifert and Devon Conway the only two others to reach double figures. With 7 deliveries to go, the Kiwis found themselves bowled out at 106.

Kane Williamson: While his Aussie counterpart has risen to the challenge, Williamson seems to have disappeared, and needs to come back right away.

Tim Seifert: The wicket-keeper batsman has plenty of potential that his team can use.

Trent Boult: After a relatively quiet series, Boult will be eager to make a difference.

Ish Sodhi: In excellent form, Sodhi will likely be an integral part of any New Zealand success.

After the shoddy performance of the first match, Australia seems to have gradually improved, and are now one match away from maintaining their undefeated series record against their neighbours. Batting first, Aaron Finch silenced his critics once again with a captain’s innings of 79, and with no one else being able to reach 20, his performance was absolutely incredible. After posting 156, 4 of the Aussie bowlers split 9 wickets between them, with Ashton Agar, Adam Zampa, and Glenn Maxwell picking up 2 each, while Kane Richardson took 3. It wasn’t long before they had bled the Kiwis out 50 runs short.

Aaron Finch: Given the kind of form he has suddenly attained, Finch should be in good flow.

Glenn Maxwell: With Finch leading by example, Maxwell should take a hint and put in some good runs.

Kane Richardson: Incisive, fast, and accurate, Richardson has justified the selectors’ faith in him.

Westpac Stadium has newly been renamed the Sky Stadium, but its pitch will still be of the drop-in variety - yielding some runs, but favouring bowlers who move the ball quite a bit. Expect targets of 160+ to be difficult to chase.

Things do not look good for cricket. The skies above Wellington will be overcast on Sunday, and there’s a decent chance of rain or even thunderstorms both before and during the match, putting the entire outcome in jeopardy. Strong winds will also be a factor while the match is ongoing, as they might cause the ball to drift unexpectedly when high in the air. Teams will have to keep the very real possibility of DLS in mind when they play.

Can New Zealand get their mojo back to win their first ever T20 series against the Aussies? Or will the latter continue their rebuttal rampage and never look back? Find out if our New Zealand versus Australia predictions come true on Sunday! 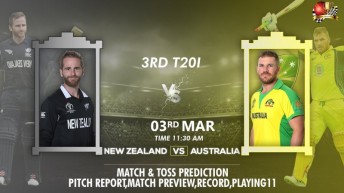