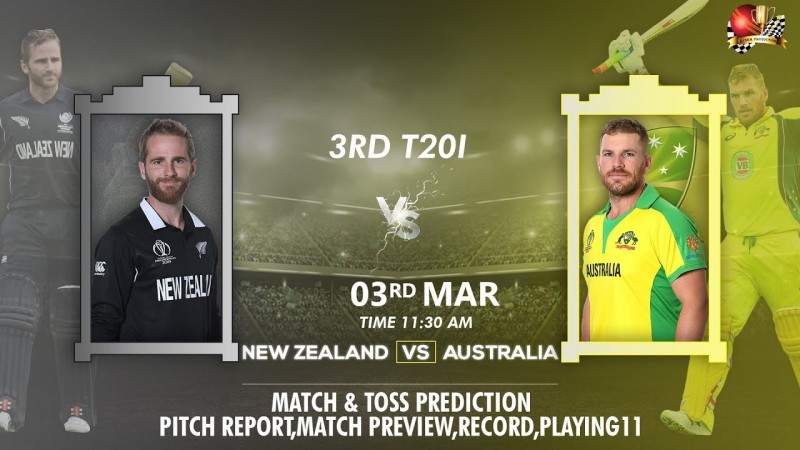 It’s rare to see such a long gap in the middle of a T20I series, but these are strange times. After making it two in two, New Zealand are now firmly in the driver’s seat of the series, needing just one win to seal their first T20 series against Australia. For a team that has such an abysmal record against the Baggy Greens, it really will be quite a feat to celebrate. The Aussies on the other hand are going through a rough patch to say the least. They’ve been performing below average in all formats lately, and well below their own average. Their selection seems off, their players rarely perform, and even when they do perform, they seem to somehow fall short. They badly need to at least come back into the series somewhat in order to lift their morale up for future series. With New Zealand aiming for a great series win and perhaps a dream whitewash, and the Aussies wanting anything but, it will be a hard-fought battle for sure. Before it begins, let’s take a look at how the teams are doing.

Although the win margin was narrow, the Kiwis’ performance last game was nothing short of excellent. Batting first, Martin Guptill’s excellent 97 off 50 was supported by Kane Williamson’s 35-ball 53 and James Neesham’s scintillating 16-ball 45 to take their team to a monumental 219. On the defense, Mitchell Santner was by far the best bowler, giving away just 31 for his 4 wickets. It’s incredible that Neesham was given just one over to bowl - the last over, because he managed to pick up the two danger men who brought Australia to the brink of victory to take his own team directly to it. Guptill may have been hailed as the Player of the Match, but in my eyes it was Neesham all the way. The Black Caps ultimately won by a close 4 runs.

Kane Williamson: After his half century in the last match, Williamson has once again earned his place here.

Devon Conway: after a poor performance last game, Conway will be back with a vengeance.

Mitchell Santner: He was great in the last match, and the pitch at the Westpac Stadium should be kind to spinners.

Tim Southee: Southee has had a quiet tournament, and he’s not the type to keep it so.

They may have lost the last match after being agonizingly close, but the Australians’ thorough sports psychology training will already be readying them to be at full flow for this next match. In the last match, it was Kane Richardson who took the most wickets for the Aussies as they bowled first, picking up 3 for an expensive 43. Jhye Richardson, Adam Zampa, and Daniel Sams all picked up wickets, but Richardson was the only bowler who was able to keep his economy rate a slice below 10. When it came time to chase, Aaron Finch once again let the team down, but Josh Philippe’s 45 (32) gave the team some blood, and Marcus Stoinis’ 78 (37) and Daniel Sams’ 41 (15) almost took them to their goal, but unfortunately, they ended up losing the plot in the last over and finish at 215 chasing 219.

Aaron Finch: After a poor run of form, Finch will hopefully come back with a roar.

Glenn Maxwell: Similar to Finch, Maxwell has been doing poorly for a while, and needs to sharpen his tools before the IPL begins.

Adam Zampa: Zampa can be a tricky customer on the best of days, and he will be tough to deal with at the Westpac.

Jhye Richardson: The young bowler has shown glimpses of brilliance, but needs to step it up.

The drop-in pitch at the Westpac Stadium offers steady bounce, but the ball does tend to grip the surface upon impact, assisting spinners and slower cutters from fast bowlers. However, the even bounce is also great for batsmen should they manage to get used to the quirks of the pitch. Expect 170+ to be a healthy score for the first batters.

It will be a day of interesting weather conditions. Cloudy skies will be accompanied by high winds, with bails possibly getting blown off at times. High catches will be very difficult to judge, and there’s also a small chance for some rain at the tail end of the match. The only good thing about the weather will be the low temperature, which should prevent sweat and dehydration.

Can the Black Caps seal the series and move towards a whitewash? Or will the Aussies turn around and stand squarely in the face of Kiwi aggression? Find out if our New Zealand versus Australia predictions come true on Wednesday!