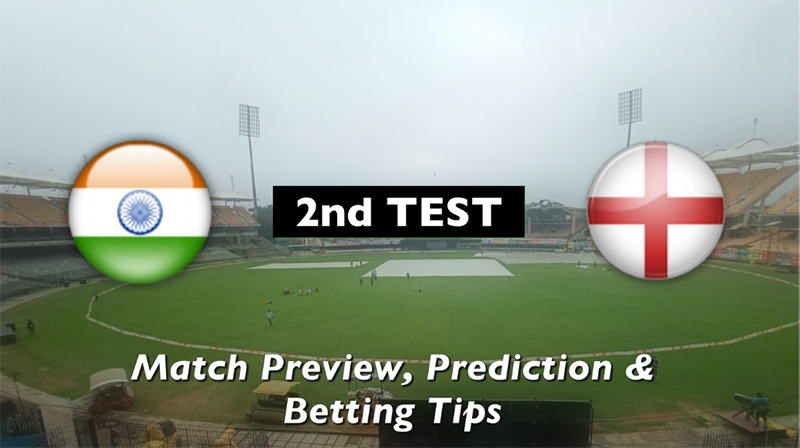 It’s bad enough for India to lose a Test at home to England under normal circumstances - mainly thanks to how their media treats losses, but to lose a match when they were so close to making the final of the World Test Championship is nothing short of painful. The teams will return to Chennai for a second Test there, and in vastly different spirits. Despite conceding 9 wickets to just Ravichandran Ashwin over two innings, they have shown that they’re not vulnerable to spin even in a place like the MA Chidambaram Stadium, and that their own spinners can be just as effective. On the other hand, while the Men in Blue aren’t exactly without a silver lining or two, the sheer magnitude of the defeat was nothing to scoff at. Suffice to say that major changes are under way for either the team composition or the approach - or both. This match will play a huge role in deciding who plays that final, and with three teams essentially hanging in the balance, expect drama. Before the curtains are lifted, let’s take a look at the two teams.

It’s rare for the Indian team to be absolutely outplayed, and although they experienced a much more humiliating defeat in Australia before coming back to win it there, this loss felt more like they were comprehensively overwhelmed than just had a collective bad day. After England chose to bat first, it took a while for India to strike, but they struck twice in quick succession. However, it was another 200 runs before the next wicket fell, and things didn’t get much better thereforth. Although four of the bowlers found reasonable amounts of success, with Jasprit Bumrah and Ravichandran Ashwin taking 3 each, it wasn’t enough to stop the visitors from setting up a massive 578. India’s first innings, while not terrible, was nowhere near as good. Cheteshwar Pujara’s 73, Rishabh Pant’s aggressive 91, and Washington Sundar’s 85 was enough to only get them to 337.

Instead of letting India follow on, England decided to come back with bats in hand, and ended their second innings with India needing a massive 420 from the final innings. Despite a half century from Shubman Gill and a fighting 72 from Virat Kohli, the rest of the lineup collapsed like dominoes, leaving the home team dead in the water at 192.

Virat Kohli: Just starting to get into his groove after a while, Kohli will be important to India’s cause.

Shubman Gill: Probably the most in-form Indian batsman right now, Gill will be keen on getting out there and getting some bigger scores.

Ravichandran Ashwin: After his stellar performance in the first Test, Ashwin will be back with a clear aim to do more.

Jasprit Bumrah: You just can’t count this guy out no matter what the pitch.

Brimming with confidence, England need to make sure they don’t get carried away, and keep both feet on the ground as they go into what could be an extremely important match in the history of English cricket. In the first Test, the Brits had one of the best first innings an English team can hope for in the subcontinent, with Dom Sibley’s 87, Ben Stokes’ 82, and of course, Joe Root’s monumental 218 helped England get to a titanic 578. Out to bowl, it was Dom Bess with 4 who led the way, with Jack Leach, Jofra Archer, and James Anderson taking two each to pin the hosts down for a massive 231-run lead.

Instead of letting their opponents bat again, England took the wise decision to set up a final total. With a rapid 40 from Joe Root and a few cameos by others, the English rushed to 178 before being bowled out. It was pretty unnecessary, however, as India were destroyed by Jack Leach’s 4-for and James Anderson’s 3-for to give England a massive 227-run win.

Joe Root: I’d like to find a predictor who will dare to leave Root out of any such list.

Dan Lawrence: Although he failed miserably in the first Test, Lawrence is talented and might do better next time.

Dom Bess: The hero of England’s first bowling innings will be back for more scalps.

Stuart Broad: Broad is just as effective as Anderson most of the time, and sometimes even more so.

Although the noons will be a little too hot for the English players’ liking, the next five days in Chennai will otherwise be absolutely perfect for cricket. Next to no chance of rain, pleasant temperatures, and a slight breeze blowing.

As discussed before, the pitch at the MA Chidambaram Stadium is friendly for both batsmen and spinners, with the bias shifting towards the latter as the days progress. Whoever wins the toss should look to bat first because you do not want to be playing the fourth innings here.

Can India come back to even the series? Or will England manage to either retain their league through a draw or win it outright to put the home team in jeopardy? Find out if our India vs England 2nd Test predictions come true starting Saturday!

Watch how to register for 1xBet to place a bet on IND vs ENG: