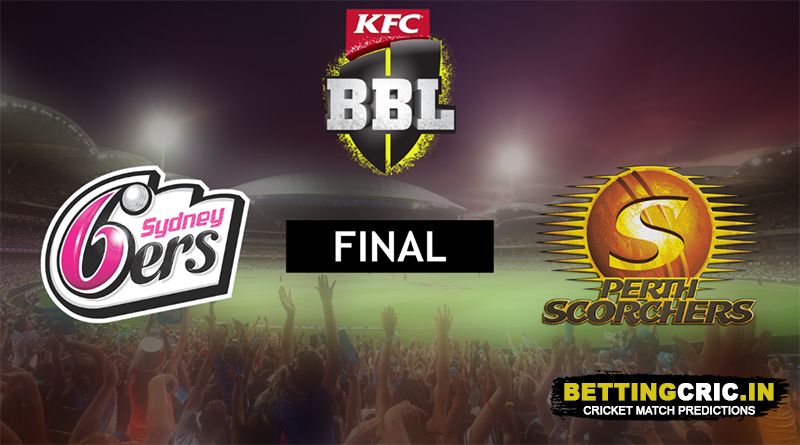 And after an incredible 60 matches, we finally arrive at our destination of the grand final of BBL10, and here we have the El Classico of BBL finals between the Sydney Sixers and the Perth Scorchers - two teams who know the final like the backs of their hands. Meeting there three times back in BBL01, BBL04, and BBL06, the Sixers won the first encounter, while the Scorchers won the other two including a last-ball thriller in BBL 04. This being their fourth encounter, there’s a lot on the line. If the Scorchers win, they will go two BBL titles ahead of the Sixers, and 3 ahead of every other winner, but if the Sixers win, they will equal the Scorchers in terms of trophies and ignite a whole new level of rivalry. Before this explosive final battle ensues, let’s take a look at the two teams.

All things said and done, the Sixers have undoubtedly been the best team at the BBL this year, having finished the league stage at the top and performed superbly overall. That being said, all that goes out the window as it’s a one-off match with everything on the line now, so they’ll have to put their well-earned confidence to good use in order to defend their title. In their last match, the Sixers were up against the Scorchers in the Qualifier. Bowling first, it wasn’t the two wickets the Sixers took, but the economical and successful spells of Steve O’Keefe and Carlos Brathwaite that really helped them restrict the Scorchers to a reachable 167. On the chase, though, it looked as though the Sixers could have chased down much more if necessary as Josh Philippe’s 45 off 28 and James Vince’s murderous 98 off 53 made the target look trivial, and the Sixers marched to a 9-wicket victory with 3 overs left. 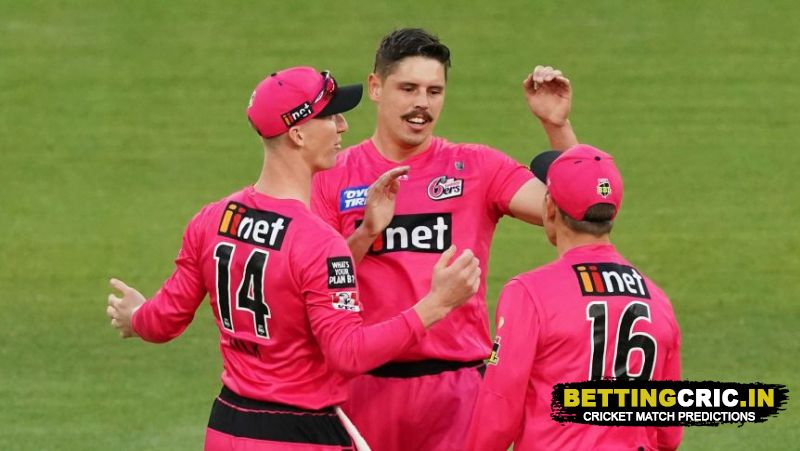 The Scorchers have put the sorrows of 2 unsuccessful seasons behind them, and are back in the grand final after 3 long seasons. Considering how they started this one, they’ll be ecstatic to have made it here, and now that it’s all squared up, all they need to do is not get outplayed. In their previous match, they locked horns with the Brisbane Heat in the Challenger. Batting first, Cameron Bancroft’s 58, Liam Livingstone’s 77, and Mitchell Marsh’s 49 took the Scorchers all the way to a massive 189 before rain stopped play. DLS was then used to calculate that the Heat would have to get 200 in 18 overs with only a 1-over Power Surge. The Scorchers bowlers took full advantage of this pressure. Although Aaron Hardie took the most wickets with 3, it was the far more economical bowling by Jason Behrendorff, Andrew Tye, and Fawad Ahmed - all of whom took 2 wickets each for 6.5 or less per over - that really got the Scorchers to win by a massive 49 runs. 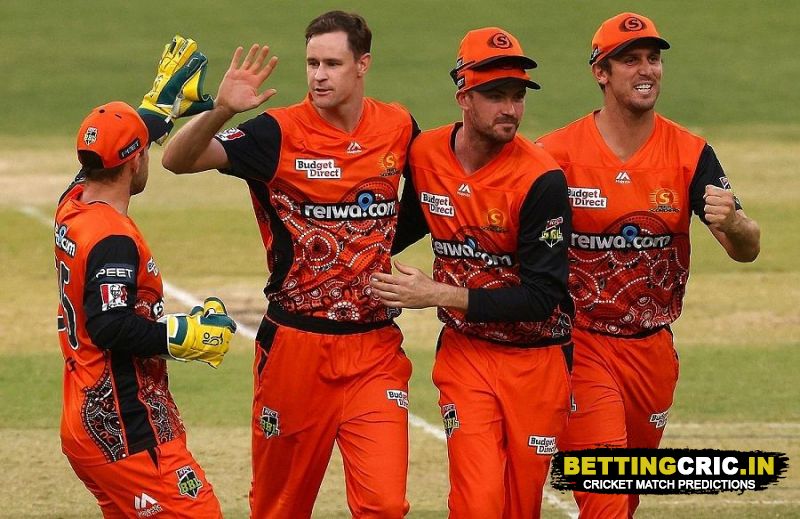 We’ve got some bad news. There’s a considerable chance that there might be a thunderstorm that will last well into game time, with its probability not dwindling till around 2-thirds of the way into the stipulated hours for the match. We can only hope that Mother Nature likes Aussie cricket enough to relent. Other than that, while the temperature will be fine, there will be a strong wind that might alter the direction of high shots.

The SCG pitch has historically been a batsman’s paradise, with runs galore being scored every now and then. That being said, spinners will also find some considerable turn on the pitch, so they will be the bowlers to watch out for. The Scorchers, who lack a full-time spinner, might regret their draft when the day ends. Expect scores of even 200 to be vulnerable to being chased down.

Can the Sixers retain their crown and equal the Scorchers’ long-held trophy tally lead? Or will the Scorchers prove once again that they are, in fact, the best team in the history of the BBL so far? Find out if our Sydney Sixers versus Perth Scorchers BBL 2021 Final predictions come true on Saturday! 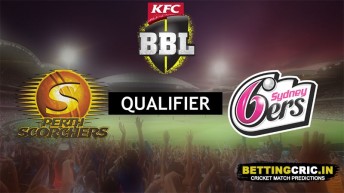