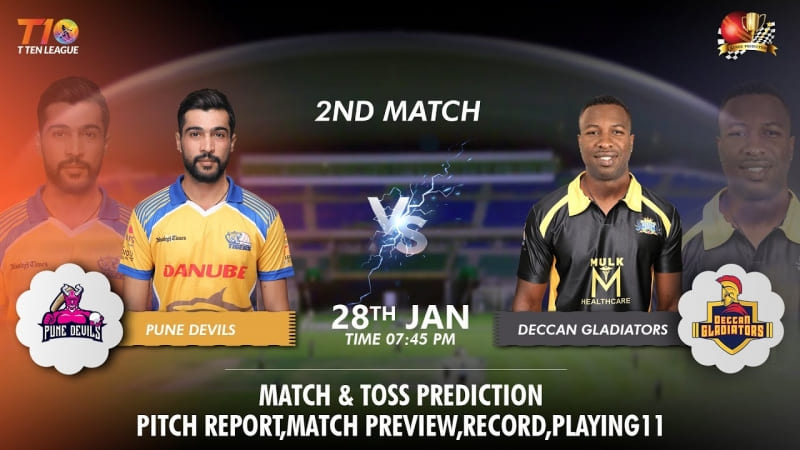 In the second match of the Abu Dhabi T10 Cricket League, we have the battle between group A teams Deccan Gladiators and Pune Devils. The Gladiators were last season’s runners-up, but given the complete metamorphosis of the teams in this one, that fact has little or no value. Nevertheless, there are a few known faces from last time, and they will be intent on performing just a little bit better. The Devils on the other hand have a balanced team with players from all corners of the world, and while that can make communication a little difficult, they will have players who know how just about any player on any team plays. Both teams will want to get off to a winning start, so it’s going to be a hard-fought result. Before the umpires walk onto the field, let’s take a look at the two teams.

While batting teams will breathe a sigh of relief that the borderline superhuman Kieron Pollard will most likely keep his hands away from bowling, it can be said with certainty that if he finds form, he will be extremely effective in this new format. After winning the CPL and the IPL, it will be interesting to see if Pollard can also take the crown in this latest and shortest format. Pollard will be joined in the batting department by Colin Ingram, Mohammad Shahzad, Bhanuka Rajapaksa, and fellow West Indian Sunil Narine. The last of those will be more of a threat with the ball, and he will have fellow all-rounder Imran Tahir and the likes of Ravi Rampaul, Zahoor Khan, Lahiru Kumara, and Wanindu Hasaranga to support him with the ball.

Kieron Pollard: This one’s a no brainer. I mean, obviously.

Colin Ingram: After a relatively disappointing BBL campaign, Ingram will be intent on redeeming himself in Abu Dhabi.

Lahiru Kumara: The Lankan fast bowler has plenty of potential, and he will be looking to maximize it in his two overs per match.

Sunil Narine: Narine had a very ordinary IPL performance, and with the auction for the next season looming, he will want to impress those who are obviously watching.

Sam Billings: If he does in fact take leave from BBL outfit Sydney Thunder to play in this tournament, he will be one of the key men for the Devils.

Nasir Hossain: It’s been a while since the Bangladeshi has been seen in action, and hopefully his return will be a glorious one.

Ajantha Mendis: Although he’s a far cry from the devious turner he once was, Mendis’ experience might come in handy.

Hardus Viljoen: Viljoen will be keen on impressing the Proteas cricket authorities with a good performance here.

As this match follows the previous one, there will still be a miniscule chance of rain that might interrupt the match for a short time, but things should otherwise be pretty good for cricket with cool temperatures and a few clouds in the Abu Dhabi sky. There will be a bit of a breeze blowing and some humidity, but neither should trouble the game in any effective way. Despite the lateness of the hour, there shouldn’t be any due as the temperature is predicted to be hovering a few degrees above the dew point.

As observed during the games between Afghanistan and Ireland, the pitch as well as the outfield are a little more advantageous for bowlers than batsmen, with both major disciplines of bowling utilizing the somewhat sporadic changes in pace of the ball once it hits the pitch as well as the movement offered by it. With one match having already been played by the time this takes place, the pitch will be just a little worse for wear, so the ball might turn a little more. Expect scores of 95+ to be difficult to chase.

Can the Gladiators spill first blood in this modern day colosseum? Or will the Devils give them hell and take this win? Find out if our Deccan Gladiators versus Pune Devils predictions come true on Thursday! 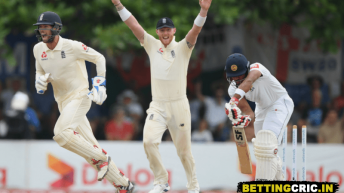