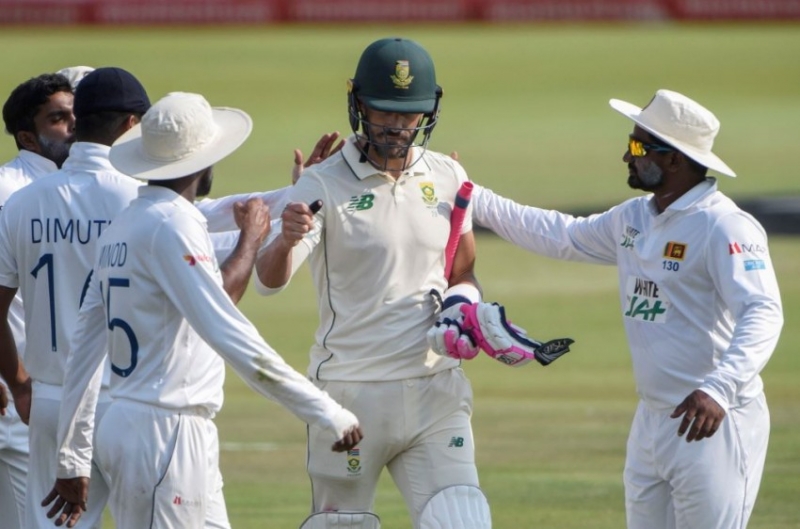 Plagued by injuries and on foreign soil, Sri Lanka just couldn’t withstand the might of even an understrength, inexperienced South African team. To be fair, they themselves have plenty of relatively new players, and had their moments which can lead one to believe that the second match might have some surprises in store. The Proteas in the meantime will be very happy with the result, and will look to win the second match to complete a much-needed whitewash. Before the day of the match is upon us, let’s take a look at the teams.

Although it’s quite possible that this lineup may not have fared as well against stronger teams, South Africa will nevertheless take the massive victory they got with open arms. Forced to field after losing the toss, the Proteas bowlers did reasonably well considering their inexperience, plus they were lucky to have a set, aggressive batsman retire hurt. The Lankans folded for 396, with debutant Sipamla picking up 4 and newbie Mulder taking 3. In their own first innings, Elgar and Markram opened superbly and put up 95 and 68 respectively. du Plessis then came in for his incredible - albeit agonizing - 199, and the icing on the cake was put in place by Bavuma with 71 and Keshav Maharaj with 73. All in all, de Kock’s men posted a rock-solid 621. 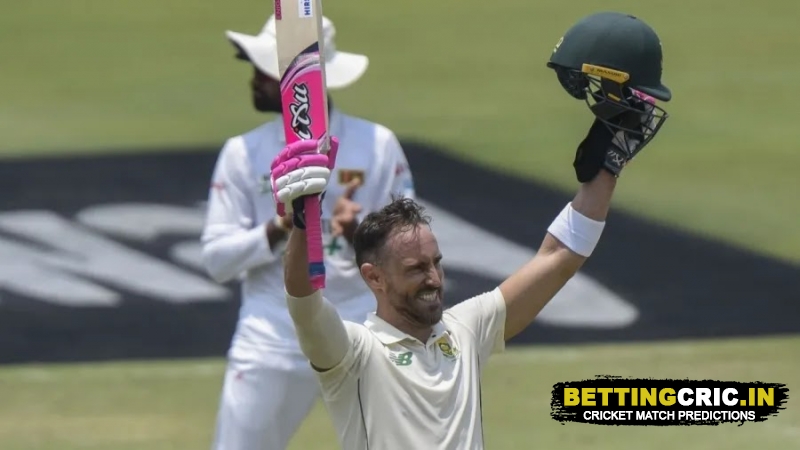 In their second time with the ball, South Africa were much better with Ngidi, Nortje, Mulder, and Sipamla all picking up two each. With a runout and an absent hurt thrown in the mix, Sri Lanka were packed up for 180, leaving the home side victorious by an innings and 45 runs.

Faf du Plessis: The old hand is still steady as ever, and du Plessis’ part in this series is far from over.

Dean Elgar: With his aggressive play style and excellent strike rate, Elgar was brilliant in the first match, and we suspect he will play similarly in the second.

Lutho Sipamla: The new kid on the Proteas block showed some serious promise, and he will be instrumental to his side’s potential win.

Anrich Nortje: A consistent and brilliant bowler, Nortje’s performances should get better as his Test experience grows.

Sri Lanka may have been happy with their first innings total, which was definitely solid, but they clearly need to work on their bowling attack. The loss of yet another player to injury won’t be an easy pill to swallow, and any replacements will have to step up big time. After losing three wickets early on, the Lions’ batting was held up by Chandimal’s 85 and de Silva’s 79 before the latter retired hurt. The batsmen who came afterwards did well too, with Dickwella posting 49 and Shanaka 66. Eventually, the visitors posted a decent 396. Things turned sour when they started bowling, though, as the Proteas batsmen batted hard and piled up the runs. Eventually, Hasaranga’s 4-for, Fernando’s 3-for, and Shanaka’s dual-wicket haul shut down the home team.

With a massive 225 run deficit, it was always going to be an uphill climb for the visitors, and despite the best efforts of Kusal Perera (64) and Wanindu Hasaranga (59), the Lankans were bowled out for 180. 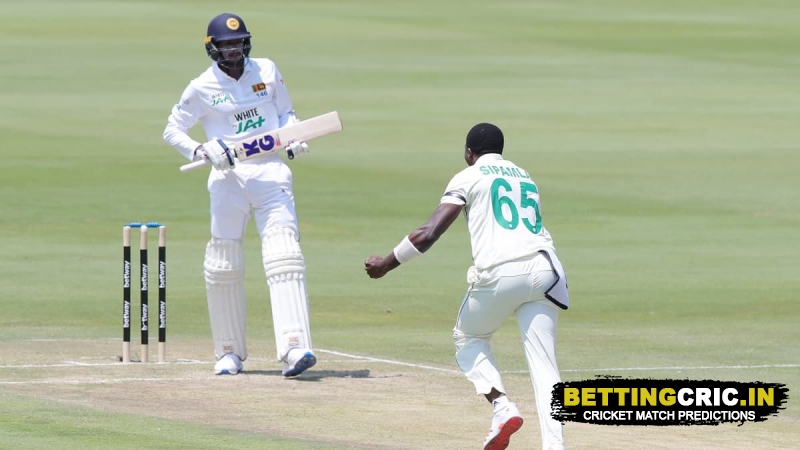 Dimuth Karunaratne: He may have flopped the first time around, but we expect that he will come back for a strong showing this match.

Dinesh Chandimal: Chandimal’s first innings 85 was promising, and it can be hoped that he will play similarly this Test.

Wanindu Hasaranga: The debutant had a fantastic time at the SuperSport Park, and will likely do well at the Bullring, too.

Vishwa Fernando: Another youngster who showed plenty of promise, Fernando’s pace will be important for the Lankans.

Things are going to be extremely tricky on the weather front, and I will be surprised if we see a full 5 days of play. The first day should be okay with partly cloudy skies and a small chance for rain, but there will almost certainly be plenty of precipitation on the second. The third day will revert back to the first’s conditions, before things get bad and then worse on the fourth and fifth days, with up to 80% chance of thunderstorms on that last day.

The Wanderers has historically been a high-scoring ground with fast, hard pitches, and this should be no different. With 5 days of play and some rain, a bit of green might appear and that might help fast bowlers get some movement, but it should still be decent enough to bat on. Additionally, the high altitude of the ground means the thinner air will help the ball fly longer in the air.

Can the Proteas claim a 2-0 whitewash? Or will the visitors come back to shock the home side? Find out if our South Africa versus Sri Lanka predictions come true on Sunday!