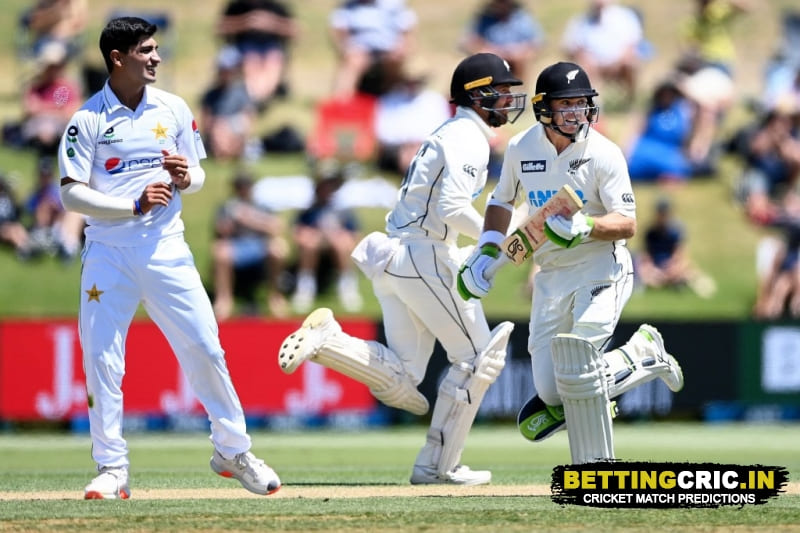 As far as results for Test matches go, they rarely come later than it did in the first Test between New Zealand and Pakistan. Although Pakistan were out of contention for winning the match long before, the sheer tenacity their team showed despite missing some key players was nothing short of remarkable. At the end of the day, though, it was the Kiwis that won, but as this is a two-Test series, Pakistan will have to beat them in the second one to tie it up. Failing that, even a draw means the hosts win. Considering Australia’s defeat against India in their own second Test, a whitewash here could see the Black Caps top the ICC Test rankings for only the second time in their history, after achieving the feat for the first time last month - at least unless and until either of the aforementioned teams manage to win their series. Before the whites are worn, let’s take a look at the two teams.

Given how they’ve performed in recent years, it’s safe to say that this iteration of the New Zealand cricket team is the greatest of the lot. Considering the fact that they’ve been playing Tests since 1930, that is quite some praise. In their last match, the Kiwis were shaken early on but managed to recover. Williamson was in his element with a brilliant 129, while Taylor’s 70, Nicholls’ 56, and Watling’s 73 all contributed heavily to the team reaching a solid 431 for the first innings. Next up, it was the bowlers’ turn to contribute, and the tireless pace quartet of Wagner, Jamieson, Boult, and Southee bowled almost a hundred overs between them to bowl the visitors out for 239, with Jamieson taking 3 and the others two.

In the second innings, it was the openers turn to shine. Latham and Blundell made 53 and 64 to help get their team to 180, where they declared to give Pakistan a fourth innings target of 373. Although the bowlers struck again, it took a while for them to whittle the batsmen down. Ultimately, with only 6 overs to go in the day, they managed to take the final wicket, with all 10 divided among the 5 main bowlers for a 102 run win.

For any subcontinental team, it’s a daunting task to go and play in New Zealand. For an understrength Pakistan missing several important players, it was even more of a formidable task. However, the side did much better than expected, only losing the match at the very end. This will give them the morale they need to put up an even better fight in the second Test. In the previous Test, they started well with the ball, but struggled throughout the middle before finishing well to book the Kiwis for 431. Shaheen Afridi was by far the standout bowler with 4, while Yasir Shah also picked up 3. The side wasn’t as solid with the bat, however, as they soon found themselves struggling at 80 for 6. However, a massive recovery by Mohammad Rizwan (71) and Faheem Ashraf (91) saw them evade a follow-on by just 8 runs.

There were no early strikes in the second innings, and although Naseem Shah picked up 3 wickets, the home side were able to set Rizwan’s men a near-impossible 370 to chase in the fourth innings. It went from bad to worse as Pakistan lost both openers for ducks. A fightback followed, with Fawad Alam getting a century after 11 years out of the Test side, and Rizwan once again with 60. In the end, just when it seemed like Pakistan might just get away with a draw, the last batsmen fell.

There’s little or no chance for rain for the first four days despite partly cloudy skies, but the fifth day might yield showers that shorten or abruptly end the game if it indeed goes on for that long. Other than that, the temperature should mostly be pleasant throughout the five days after early morning lows that might have some of the Pakistani batsmen feeling chilly.

The Hagley Oval should be great for batsmen with the ball coming on to the bat nicely, but it will also have plenty in it for fast bowlers, so it won’t be completely one-sided for the batsmen. The Kiwi bowlers in particular will be deadly as they know the pitch well.

Can New Zealand take the second match to end the series as the number one Test team? Or will Pakistan show some more resilience to frustrate the hosts’ goals? Find out if our New Zealand vs Pakistan predictions come true on Sunday!