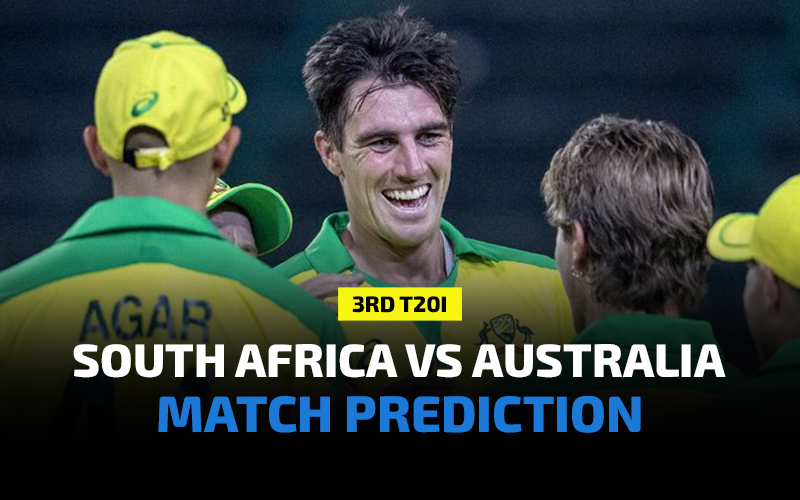 Harish 0 213 0
26.02.2020, 21:30 IST
Newlands Cricket Ground (Cape Town)
Cricket is, sometimes, an utterly mysterious game. If you hear that a side like Australia require 25 to win from 3 overs with 7 wickets in hand and an opener still at the crease in a T20 match, 99% of people who know anything about cricket would probably back them to win it. As the world saw on Sunday, that was not the case. Some superb death bowling left the Baggy Green batsmen at a loss, with the team only managing to make 13 runs at the cost of 3 wickets in the final 3 overs. What went wrong, and what’s the situation with the teams as they get ready to lock horns at Cape Town for the series decider? Let’s take a look.

After winning the toss and deciding to bat first, South African captain Quinton de Kock again showed what the recent fuss about him has been about. Scoring a powerful 70 from 47, he breezed his side to a decent 121-3 15 overs despite curiously slow play from the batsmen at the other end. Rassie van der Dussen also did reasonably well, but South Africa finished on a middling 158.

Kane Richardson stood out among the Australian bowlers with his 21-2 off his allotted 4. Pat Cummins and Adam Zampa each picked up a wicket, but were relatively expensive. Ashton Agar, the hero of the last match, had to settle for a decent economy rate, and the usually-incisive Mitchell Starc was expensive and ineffective.

It’s exceedingly rare to see an opener not out at the end of a match despite his team losing the game, but that’s exactly what happened to David Warner. By far the best batsman for Steve Smith’s side with his 67 off 56, Warner watched as one by one, 6 of his fellow teammates were dismissed for a combined total of his own score. Only Smith scored a respectable 29, and although Australia looked to have the match in the bag, they fell considerably short of their target.

As we predicted, Lungi Ngidi was back to his effective best, picking up 3 crucial wickets through an otherwise expensive bowling performance. Where he leaked runs, however, the others stemmed the flow of them. Exemplary economy rates from Tabraiz Shamsi, Anrich Nortje, and Kagiso Rabada helped the Proteas to an important win.

After a miraculous comeback, South Africa will no doubt be itching to get back in action in the hunt for an important series win. Expect de Kock to go big again, and Rassie van der Dussen to join him, while Ngidi and Rabada take more wickets.

After their borderline-ridiculous throw in the first match, Australia will be intent on making amends in the third match. Expect Finch and Smith to bat hard, Wade to put in a good cameo, and Starc, Cummins, and Richardson to strike. 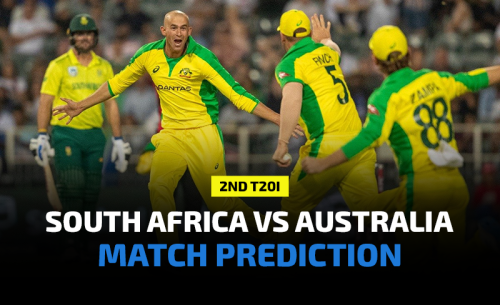