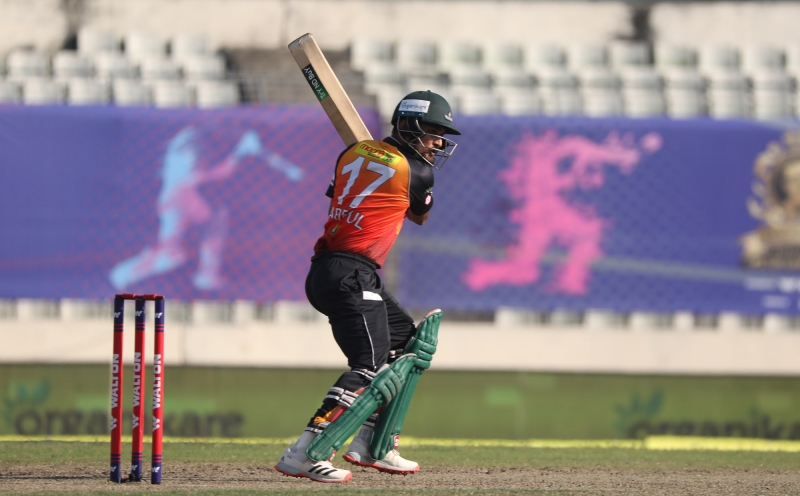 Bet on DHAKABet on KHULN
30.11.2020, 18:30 IST
Sher-e-Bangla National Stadium, Mirpur
BDH vs GKH Prediction analysis: Up next on the docket for the Bangabandhu T20 Cup is the clash between two underperformers. Beximco Dhaka, with their powerful-on-paper lineup, have not only failed to win either of their matches, but are currently at the bottom of the table with a horrid net run rate. If they are to stand any chance of making it to the second round, they need to turn themselves around as soon as possible. Perhaps fortunately for them, they will be up against Gemcon Khulna, who are also playing much worse than they were predicted to. One win and two losses is bad enough without the miserable run rate. Both teams have been slapped in the face by Chattogram, and this is their chance to recover from that blow. Before the match begins, let’s take a look at the two teams.

While their defeat in the first match was a hotly contested affair, their last match was the cricket equivalent of murder. Mushfiqur Rahim’s men started losing wickets right off the bat, and despite the lone efforts of Mohammad Naim, who played a brilliant little knock of 40 from 23 amidst the veritable nuclear holocaust of his fellow teammates. All of Chattogram’s bowlers picked up wickets, while Dhaka’s big guns fell faster than an expertly detonated building. Special mention goes to Sabbir Rahman; we can understand debutant Shahadat Hossain’s 13-ball 2 at a difficult time, but Sabbir’s 10 ball duck at 1-down feels absolutely pathetic. In any case, Dhaka were wrapped up for a deplorable 88, which Chattogram crossed in less than 11 overs with 9 wickets in hand. Needless to say, Dhaka needs to start playing some real cricket to get out of this rut.

One would think that being gifted the win in a match they were about to lose would inspire a team to play better, but that hasn’t been the case for Khulna. In their last match against Chattogram, they managed to outdo Dhaka’s dismal performance with one of their own. Imrul Kayes top scored with 21 as the team collapsed for 86 in 17.5 overs, which is all you might need to know about their batting. Mustafizur Rahman ran a veritable storm on Chittagong as he cleaned up the lower order to end with the ridiculous figures of 3.5-0-5-4. When it came time for Khulna to bowl, only captain Mahmudullah Riyad could pick up a wicket, as Chattogram cruised to a 9-wicket victory with 6.2 overs to go. Like Dhaka, Khulna has a lot of concerns to rectify.

Given how badly Dhaka have been doing, they’ll have to come up with something truly special to take this win. Expect Mohammad Naim and Mushfiqur Rahim to get the runs, while Muktar Ali and Nasum Ahmed pick up wickets.

Khulna have more than enough talent, but they need to use that talent for better results. Expect Shakib Al Hasan to finally show up in both departments, while Jahurul Islam and Rishad Hossain support him with their own expertise.

Can Dhaka finally begin to play like teams from Dhaka usually do? Or will Khulna bury them under further mud and debris? Find out on Monday!