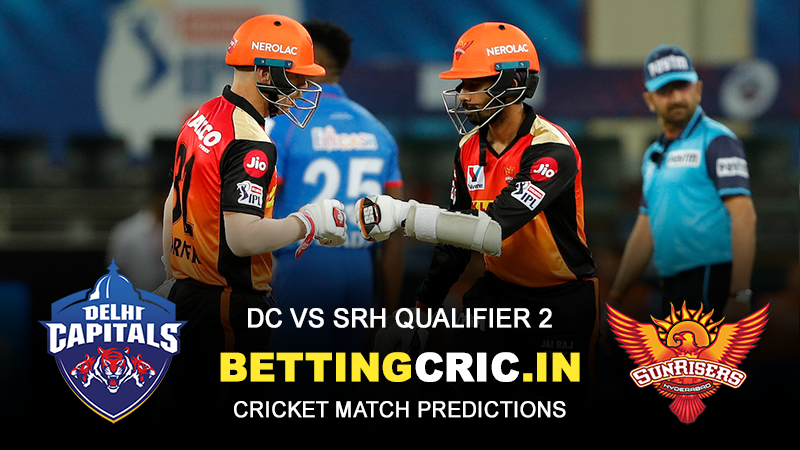 8.11.2020, 19:30 IST
Sheikh Zayed Stadium, Abu Dhabi
They say the longer you wait for something, the sweeter it tastes. If that’s true Mumbai Indians must feel like they have honey in their mouths. After 8 years of winning the title in alternate years, they are finally on the cusp of winning it in subsequent seasons. Getting ready to meet them are two teams which have had a much more rocky road on their way here. Delhi Capitals were 3rd last year, have never played a final, and after 5 losses from their last 6 games, have the odds stacked against them. On the other hand, despite a lackluster start and a final-day qualification, Sunrisers Hyderabad now have plenty of momentum. In sharp contrast to Delhi, they won 5 of their own last 6, and are now being viewed as the favourites for the final. Before this epic fight of former and current favourites begins, let’s take a look at the two fighters.

Few things shake your confidence like a mid-season fall from grace, but that is just about what has happened with Delhi Capitals. After a very successful early-to-mid season, they have gone into a bit of a slump and have one last chance to recover. In the first qualifier match, they were all but trounced by Mumbai Indians. After four of Mumbai’s batsmen ravaged Delhi’s fast bowlers to get them to a rock-solid 200, the latter’s chase was torn apart by Mumbai’s own quicks. Jasprit Bumrah and Trent Boult starred for MI, and for all their efforts with the bat, Marcus Stoinis and Axar Patel could only get their team to 143. Delhi now have one last chance to breach uncharted territory by making it to the final to get a fourth and final chance at beating MI this season.

Where the Capitals are on the downward slope, the Sunrisers have been on a meteoric rise. Rising up the ranks in the nick of time, they are just two triumphs away from a fairytale comeback. In their eliminator match against RCB, they seemed to be in pole position when they closed out RCB’s inning for a low 131/7, with only Aaron Finch and AB de Villiers getting in decent knocks. However, the difficult nature of the pitch became more apparent when they themselves began struggling. It took a laboured effort from Kane Williamson and Jason Holder to edge them past their opponents. Now they must retain their composure and outdo a desperate DC.

After coming so far, the Capitals would hate to bow out like this. Expect Shikhar Dhawan and Ajinkya Rahane to shine with the bat, while Kagiso Rabada and Axar Patel find form with the ball.

The Sunrisers seem to have found great form, and there’s no indicator that shows that they’ll slow down. Expect Manish Pandey and Kane Wililamson to get plenty of runs, while Rashid Khan and Jason Holder do well in the bowling department.

Can the Capitals make a last-ditch comeback to play their first ever final? Or will the Sunrisers dash their dreams to meet the Indians themselves? Find out on Sunday!
Do you agree with this Prediction?
Like
+6
Dislike
Want to start with a bonus? Choose the best Betting Site for youWhere are you from?
India Bangladesh
Tags1XBET Cricket Predictions, MELbet Cricket Predictions, Toss Prediction, Most Match Sixes Prediction