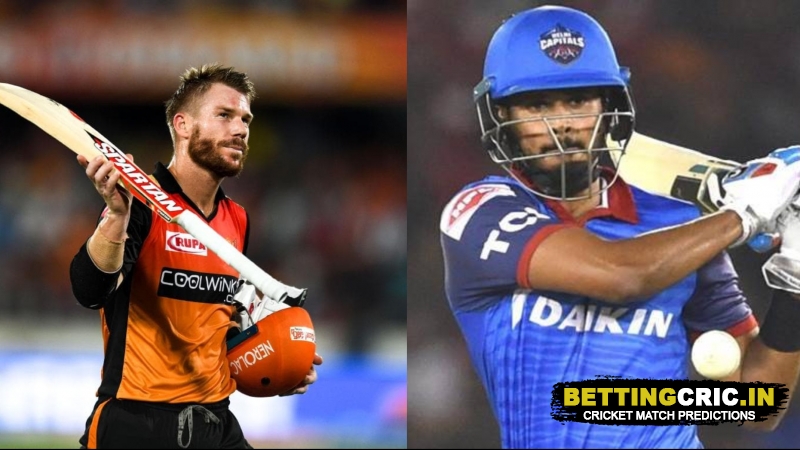 27.10.2020, 19:30 IST
Dubai International Cricket Stadium
After two consecutive defeats, Delhi Capitals have gone from looking rock-solid to a lot more mortal. Mumbai Indians and Royal Challengers Bangalore are both on equal footing with the Capitals and separated only by net run rate. Shreyas Iyer’s men need to tread carefully lest they slip down into third - or worse as Kolkata Knight Riders are only 2 points away. Their next match is against the almost-certainly-knocked-out Sunrisers Hyderabad, who are suffering from dampened spirits after a thoroughly underwhelming IPL campaign. Their chances were brought down to near-zero by a match against Kings XI Punjab, but they themselves were the architects of that disaster. With this match being their last chance to maybe qualify and crucial to Delhi’s stay in the top two, it’s going to go right down to the wire. Before it begins, let’s take a look at the two teams.

After their win against Rajasthan Royals, it seemed as though David Warner’s boys would have a serious shot at making it through. Even after the first 35 overs of their match against KXIP, that belief was ironclad. Punjab had scored an unimpressive 126 off their 20 overs with only 7 fours and 2 sixes in the mix. In return, SRH looked like they were on top of things with the score at 97-3 after 15 overs, with 30 needed from 30. Within the next 29 deliveries, however, they would only score 14 runs and lose 7 wickets. As usual, the Hyderabadis need to fix their batting woes, and will have to win their remaining 3 matches by a large margin to go forward.

With multiple players seemingly out of form, Delhi Capitals are suddenly struggling to find their groove. The only reason they’re still in the top two is because Mumbai Indians have also been struggling. In their last match, they looked to be in pole position when KKR were down to 42 for 3 in the 8th over, but a belligerent resurgence by Nitish Rana and Sunil Narine saw the Bengalis zoom to a formidable 194. In reply, Delhi just never got going. Despite a decent knock by Shreyas Iyer, Varun Chakravarthy’s 5-for and Pat Cummins’ 3 scalps meant that DC ended with a miserable 135 for 9 after their turn. If they don’t want to get overtaken by MI and RCB and perhaps others too, they need to get back to winning ways.

With everything on the line, it’s time for SRH’s stars to burn bright. Expect David Warner and Kane Williamson to do some damage with the bat, while Rashid Khan and Thangarasu Natarajan do similarly with the ball.

DC have come way too far to slip now, and they will try their best to rise back up to the top. Expect Shikhar Dhawan and Shimron Hetmyer to create the runs, while Kagiso Rabada and Axar Patel dismiss the batting threats.

Can Sunrisers Hyderabad extend their last stand? Or will Delhi Capitals knock them out to improve their own? Find out on Tuesday! 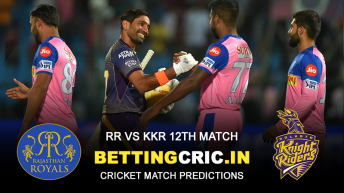