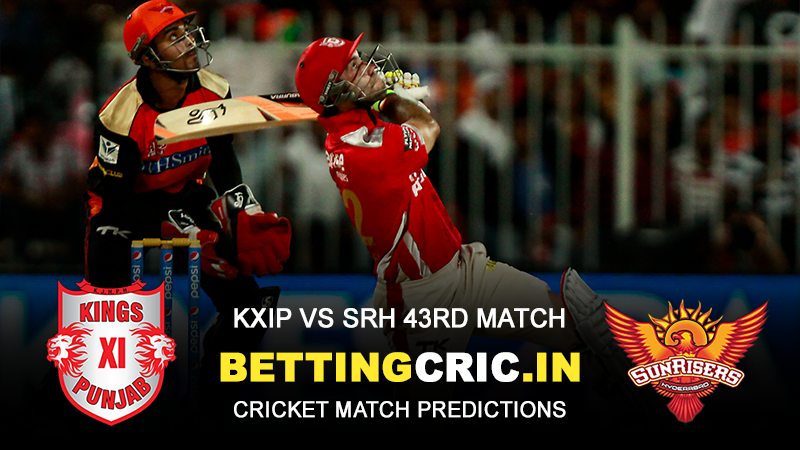 24.10.2020, 19:30 IST
Dubai International Cricket Stadium
Of the two teams about to take to the stadium to fight each other to the death in IPL’s 43rd match, one has been struggling throughout the tournament with a lot of losses interspersed with their few precious wins. The other is a team that looked completely dead and buried with their almost comical inability to close out matches until they suddenly found life and have been on a spree since. It does honestly look like Kings XI Punjab, who have been absolutely beastly these last few matches, have the upper hand, but Sunrisers Hyderabad have surprised every time they were considered underdogs in a match. Their last meeting was a complete beatdown by SRH, but this one promises competition. Before the battle begins, let’s take a look at the ammunition on each side.

After their numerous losses, Kings XI Punjab have come back to get three wins on the trot against the top three teams in the table. Rejuvenated and with matches only against the lower half of the table to do, KXIP are in a solid position to take down KKR to become king of the fourth playoff slot. In their last match, Shikhar Dhawan’s best efforts could only get Delhi up to 164 after regulation. In return, Punjab fought a good fight and slowly but surely got to their target with an over to go, with Nicholas Pooran, Chris Gayle, and Glenn Maxwell (finally) playing their parts with the bat. They just need to make sure they don’t get carried away by this success, and keep doing what they’re doing.

It has been a checkered tournament for the Sunrisers. So far, they have had an average start and an average middle, with the beginning of the end being a good one. However, all those past woes will be forgotten if they manage to win this one and eventually move to the next round. In their last match, they restricted an off-colour Rajasthan Royals to a tepid 154, with only Sanju Samson showing anything of a decent performance. In return, despite losing a couple of early wickets, local heroes Manish Pandey and Vijay Shankar rallied to give them a much-needed win with almost 2 overs to spare. With a few more of such performances, they might just make it through to the playoffs.

After getting thrashed by SRH earlier in the season, KXIP will be looking to take revenge. Expect Mayank Agarwal and KL Rahul to carry the batting, while Mohammad Shami and Ravi Bishnoi fulfill their duties as strike bowlers.

With their chances of qualification rejuvenated by their win over RR, SRH players will be pumped to face even this resurgent Punjab. Expect Jonny Bairstow and Manish Pandey to show a powerful display with the bat, while Rashid Khan and T Natarajan show why they’ve been so devastating this season.

Can KXIP continue their streak to zoom past their competition? Or will Sunrisers trump them out to promote themselves? Find out on Saturday! 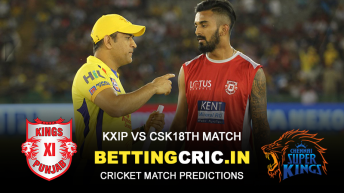