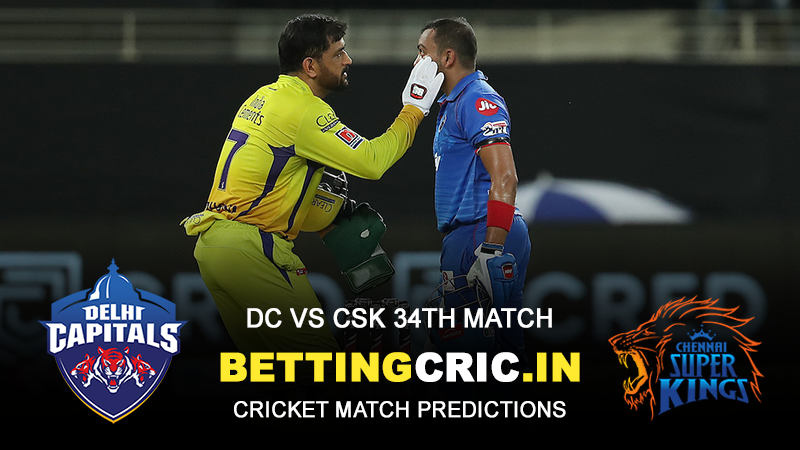 0 166 0
17.10.2020, 19:30 IST
Sharjah Cricket Stadium
Before the season began, a lot of people expected Chennai Super Kings to be at or near the top of the table. Given their track record in the IPL, it’s just how things have always been. However, they are sulking around in 6th place, far from being sure of qualification and looking fraught with problems. In their stead, it’s Delhi Capitals who have taken over the top spot, and have been there for a while with the exception of a short stint by Mumbai Indians last week. In the past, this matchup used to be a David and Goliath story with CSK being the Goliath, but now the tables are somewhat turned. Who knows which will triumph this time? Before we get to find out, let’s take a look at the two characters in question.

1XBET India is the best choice when one decides to bet on 🇮🇳 IPL 2020.

After their loss to Mumbai, there was a fear that Delhi’s performance might taper off as they have experienced such a falling-off in many other seasons. Their performance against Rajasthan Royals wasn’t stellar, but it did get them a win and take them back to the top. Mounting a decent 161 by the grace of Shikhar Dhawan and Shreyas Iyer despite losing two early wickets, Delhi were faced with several points where it looked like they would face bitter defeat. A strong bowling performance at the end, however, saw them ease out the match comfortably for a 13-run win. If they can keep up such form, there’s little the others can do to stop their march.

Given how miserable Chennai’s performance has been this year, a lot of their fans were hoping they would be able to eke out a win against fellow out-of-form side Sunrisers Hyderabad. Moving the batting order around, CSK were able to find some success with a decent 167 with the aid of several starts and a couple of decent knocks. In reply, the Sunrisers started weakly, and despite the best efforts of Kane Williamson, they could only make it to 147 after their allotted overs. Despite the win, however, Chennai will still need to rectify their batting issues if they want to keep up their pristine qualification record.

The sheer strength of DC’s lineup should be enough to take them over and past CSK. Expect Kagiso Rabada and Anrich Nortje to continue their devastation, while Shreyas Iyer and Rishabh Pant rack up the runs.

Chennai have little chance of qualifying should they lose this, so their efforts will definitely be hearty. Expect Faf du Plessis and Ravindra Jadeja to bat well, while Sam Curran and Shardul Thakur get some crucial dismissals.

Can Delhi beat CSK twice this season? Or will the latter shock everyone with an important win? Find out on Saturday! 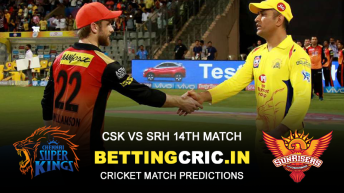