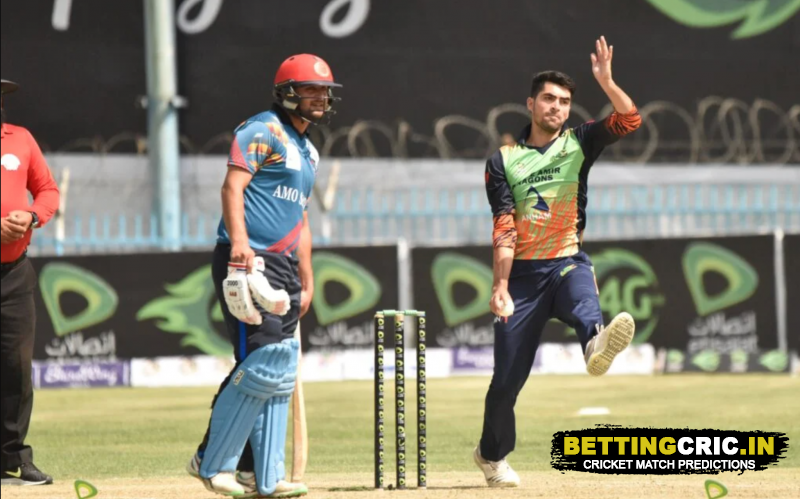 12.09.2020, 14:30 IST
Kabul International Cricket Stadium
It’s a miserable feeling to be the only one in a league to be almost completely out of contention while everyone else is still busy trying to get the best result. Amo Sharks have had one of their worst seasons so far, with 0 wins from their 3 matches and their next match being against the defending champions. Their run rate is in the gutter, and they will need two massive wins to have any chance of qualifying. Add to that the fact that their highest score so far this season has been 162, and their chances seem even slimmer. On the other hand, Mis Ainak Knights were looking absolutely solid until they faltered to an incredible comeback by Boost Defenders. Now, with 2 wins and 2 losses, they are in a must-win situation against the seemingly broken Sharks if they are to keep their plans of avoiding the eliminator matches alive.

Although not looking as bad as some teams in the CPL looked this year, Amo Sharks are nevertheless winless and don’t look to be a danger to any team they play. Even if they win their two remaining matches, chances are their efforts will be only worth a pat on the back. In their last match, their bowlers were absolutely ripped apart by the Kabuli batsmen, while their batsmen failed to get much done - with the exception of Darwish Rasooli and Farhan Zakhil. If they have any plans left to somehow squeeze themselves into the playoffs, that plan will have to include some minor, and some major, miracles.

As I write this, the Knights are probably still wondering how they managed to lose a game that was all but bagged in the 15th over of the second inning. In a spectacular example of why T20 cricket is so exciting, Boost Defenders came back in magnificent fashion to win a seemingly lost battle. Chasing 188, a target the Knights posted at the loss of only two wickets courtesy of Mohammad Shahzad’s 64 ball 106, the Defenders seemed hopeless at 112 for 6 after 14 overs, but captain fantastic Gulbadin Ahmed and his lower order teammate Tahir Khan had other plans, and smashed their way to hunt down the 77 required off exactly the remaining 36 deliveries. Now the Knights find themselves in a fix with a must-win match which, with some luck with other results, might still see them take one of the upper berths forward.

The Sharks will rarely get a better chance to beat the Knights, as the latter is under tremendous pressure to defend their crown. Expect Darwish Rasooli to repeat his excellent batting alongside Farhan Zakhil, while Abdul Wasi and Yamin Ahmadzai excel at bowling.

With so much on the line, Mis Ainak Knights cannot leave anything to chance. Expect Mohammad Shahzad to go ballistic again in tandem with Ghamai Zadran, while Noor Ahmad and Shahidullah cause trouble for the Sharks with the ball.

Can the Sharks drag the defending champions into the depths with them? Or will the Knights ride into glory? Find out on Saturday! 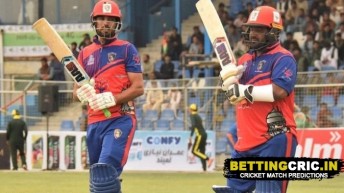 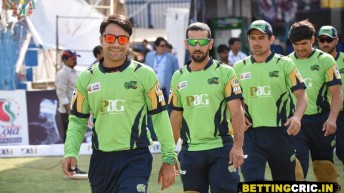 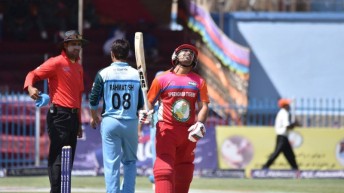