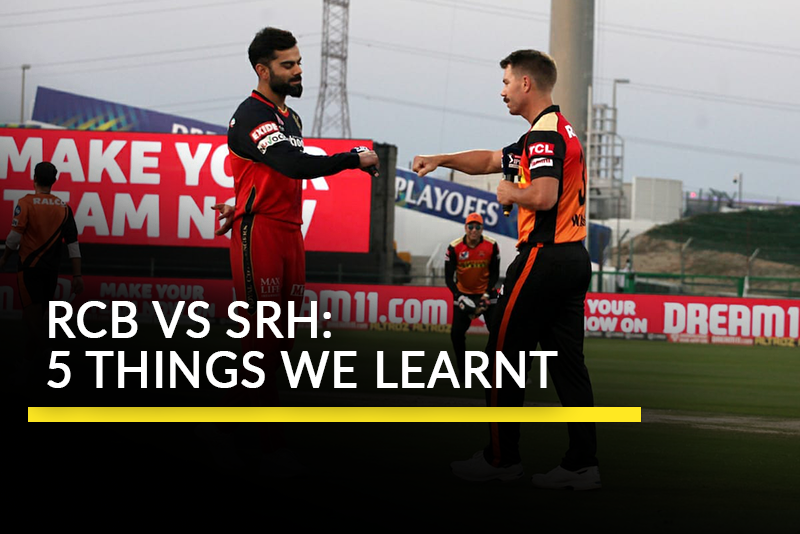 Another year, another Royal Challengers Bangalore failure as the team that has come close the most times without having won the IPL gets knocked out of the playoffs yet again. At the very least, they can be happy about the fact that they did make it to the playoffs after a 4-year wait. For Sunrisers Hyderabad, it’s a step up (so far) from last year’s third place finish. Their amazing comeback continues, and they now have a way to get to the finals. It was a tight, low-scoring affair between the two that led to these results, and we’re going to take a closer look with these 5 talking points from RCB vs SRH.

For all his incredible skill, Virat Kohli has gained notoriety over the years as someone who can’t perform in knockout situations. This has rung true on more than a few occasions, and is starting to be established as something of a hard fact at this point. With Devdutt Padikkal also failing, it was up to Aaron Finch and AB de Villiers to hold the fort - and hold the fort they did. Unfortunately, no other player could contribute significantly, which led to a tepid, easily-surmountable total. 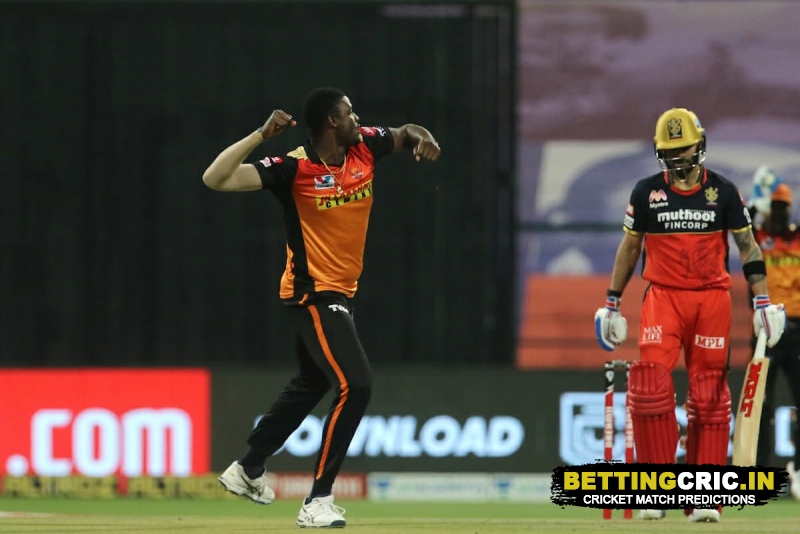 All-rounders are a blessing in any format, but in the domestic T20 format, where you are usually restricted to a limited number of foreign players, they are at the height of their utility. Jason Holder proved as much in this match for the umpteenth time. Before he held his end up with Kane Williamson for the win, he spearheaded the bowling attack for his team with figures of 4-0-25-3. Thangarasu natarajan was also in good form as he picked up 2 wickets as well, despite giving away plenty of runs. The usual suspect for wicket-taking, Rashid Khan, had a quiet night with 4-0-22-0. Combinedly, they made sure RCB couldn’t get to a stronger total.

After being chosen for this match despite having played zero IPL matches this year, Shreevats Goswami couldn’t step up to the plate. The bigger blow, however, was losing David Warner to a ridiculous decision by the TV umpire. Despite that, Kane Williamson held his own with support from first Manish Pandey, and then Jason Holder. This very stand managed to see out the game, and big things will be expected of them in the coming game, if not games. 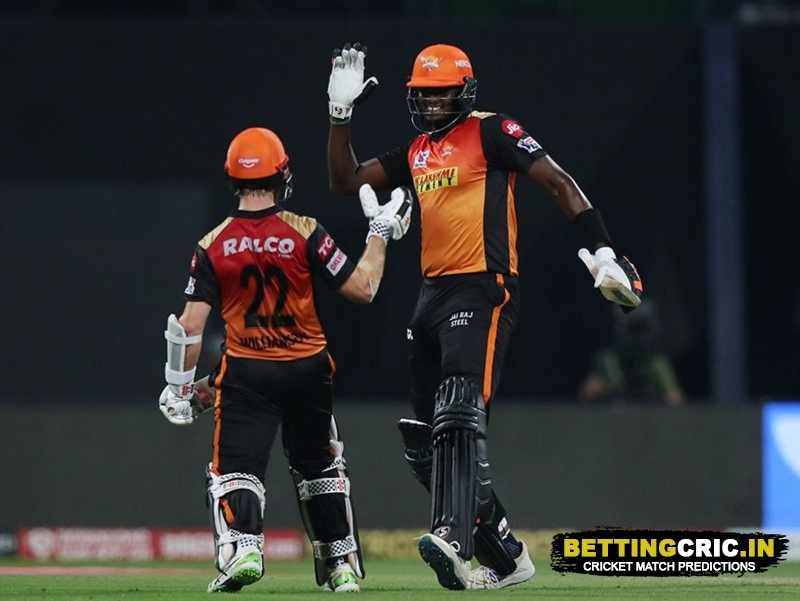 Despite putting on plenty of run rate pressure, the bowlers of the Royal Challengers just couldn’t pick up the all-important wickets. When you’re defending 131, you really need to focus on more than just containment. Moeen Ali, an experienced hand, was given only one over despite giving away only 4 runs, and even Shivam Dube may have been underutilized. From a captain as experienced as Virat Kohli, we feel like it was an error of judgement to not be more attacking when SRH were under severe pressure, and more experimental when they were cruising.

Given the kind of comeback they have staged, SRH are looking utterly murderous. On top of that, they won their last meeting against Mumbai by a ridiculous 10 wickets. With the experience that they have, MI are no doubt trying to assess SRH’s important players before the latter has even begun playing DC for a shot at the final. If Delhi manages to trump Hyderabad, Mumbai should be much more relaxed after having beat the capital city team thrice this year already.

What’s next for SRH?

With RCB done and dusted, David Warner’s boys will now prepare to defeat DC for a shot at glory against MI. The only pressure they might feel now is the fact that they have worked their way into being the favourites for this match. Nevertheless, it’s been a fantastic run and they have earned the respect of every other team as well as their fans. Up next, they will be playing DC in the penultimate match of the tournament at 7:30PM IST on the 8th of November at Sheikh Zayed Stadium, Abu Dhabi.

Once again, the victory prediction came through. Devdutt Padikkal and David Warner both disappointed, while AB de Villiers was the right pick for a fifty. Chris Morris and Rashid Khan fizzled out, with the former being replaced by Zampa (who did bowl very well though) and the latter not picking up any wickets. The boundary choices were also flipped, with SRH getting more sixes and RCB more fours. Join us next time when we look through the second qualifier between DC and SRH!