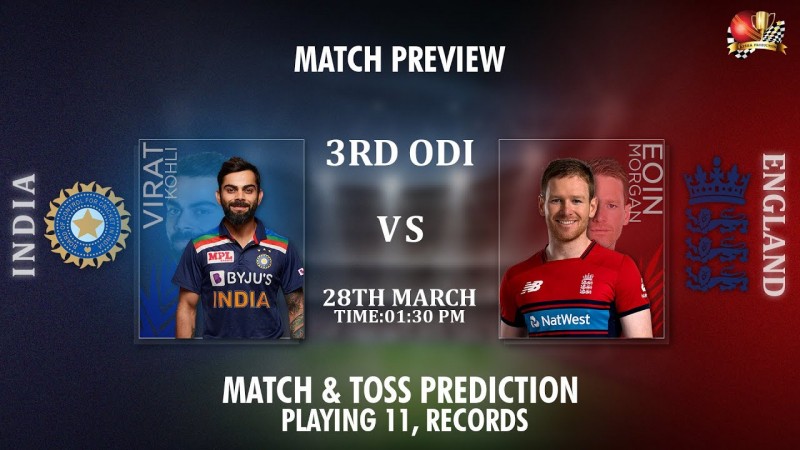 The world champions showed just why they are deserving of the title with a statement comeback in the second ODI versus India. With the series all square, the third ODI will either be the cherry on top for India, or a parting bite of India’s cake for England. Both teams look solid, with India taking the first match with some excellent bowling and England answering back with some brilliant, ballistic batting. Before the third match gives us more excellent cricket, let’s take a look at the two sides.

Given how they finished the first innings, India will be disappointed at how the second match turned out. Batting first, a slow, shaky start was counterbalanced by some superb late hitting. Virat Kohli’s 66 off 79, KL Rahul’s 108 off 114, and blitzes by Rishabh Pant (77 off 40 ) and Hardik Pandya (35 off 16) helped India get to a commanding 336. On the defense, it took India 16 overs to finally take a wicket from a run out, and the next wouldn’t fall until England were all but home. Although three wickets in quick succession by Prasidh Krishna and Bhuvneshwarr Kumar gave them a glimmer of hope, it was quickly stifled out as their score was overturned midway through the 44th over.

Virat Kohli: In absolutely fantastic form, the only thing eluding Kohli is that long-awaited century.

KL Rahul: Speaking of centuries, Rahul was superb in both ODIs, but will need to pace his innings better than the last match.

Prasidh Krishna: With 6 wickets in his first two matches, Krishna has landed with a bang.

Bhuvneshwar Kumar: Bhuvneshwar needs to take inspiration from the young Krishna and step his game up.

Once again on the verge of series point, England will have to find it in themselves to seal this one - especially after the unfortunate way they lost the T20 series. Bowling first, early pressure helped them slow India down, but not enough. Two-fors by Reece Topley and Tom Curran, and a single wicket by Sam Curran were effective, but couldn’t stop India from climbing to a scary score. With 337 to get, Jonny Bairstow’s mammoth 124 (112) led the way, with Ben Stokes’ unfortunate 99 (52) being no less important, and Jason Roy’s 55 also helping out. Although they all lost their wickets before the end, their efforts helped England get home with 6 wickets in hand.

Jonny Bairstow: In excellent form, Bairstow must keep things up for one more match for his team’s sake.

Ben Stokes: After a jaw-dropping performance in the last match, Stokes will be a big threat for India.

Reece Topley: Finally given a chance, Topley showed that he’s more than capable of holding his own at the top level.

Sam Curran: With his brother giving away way too many runs, Curran has the difficult task of both keeping runs in check and taking wickets.

The pitch in Pune seems to be pretty good for fast bowlers early on, but eventually gives in to the skills and will of batsmen. There’s plenty of pace and bounce on it for the quicks to exploit. Whichever team bats first, they will want to put up at least 320+ to keep things competitive.

It will be a slightly cloudy day in Pune, but instead of any rain, there will be a chokingly dry humidity of 17% alongside an oppressive heat in the mid-30s. Luckily, things should get a little better near the end of the evening.

Can India win 3 out of 3 series? Or will England have the last (albeit wry) laugh? Find out if our India vs England 3rd ODI predictions come true on Sunday! 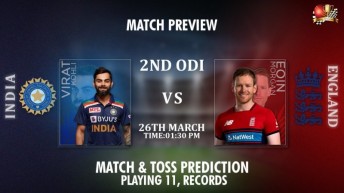