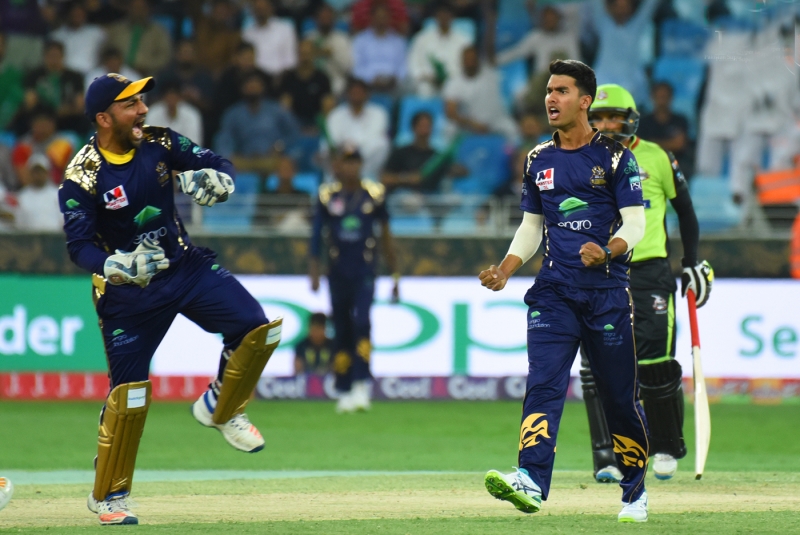 Harish 0 475 1
11.03.2020, 19:30 IST
Gaddafi Stadium (Lahore)
On one side, we have undisputedly the best team of the season so far, with multiple players performing well, just one defeat and one no result in 7 matches, and already into the playoffs off the back of a thundering low-over match victory against Islamabad United. On the other side, we have a team that slid all the way to the bottom of the table with 4 consecutive defeats - including a double by the usual inhabitants of that spot, Lahore Qalandars.

Multan will want to ensure that the potentially deadly defending champions don’t make it to the playoffs, while Quetta will be fighting tooth and nail with prayer beads in hand to defend their hard-earned title. Let’s take a look at the teams before this epic clash ensues at the Multan Cricket Stadium.

With the exception of the one loss and the other no-result, Multan have hardly broken a sweat on their way to the playoffs. Several of their players, especially local boy Shan Masood, South African powerhouse Rilee Rossouw, and English batsman James Vince are in solid form, while the experienced Imran Tahir is a beacon to follow for fellow bowlers Mohammad Ilyas and Sohail Tanvir. After bulldozing Islamabad’s 9-over total of 91 in just 6.4 overs, Multan will be confident as ever as they wait for Quetta to visit.

Dejected after four straight defeats and seemingly losing steam with every match, this match will either be either the beginning of Quetta’s comeback, or the penultimate nail in their coffin. In such a do or die situation, they will be looking to international stars Jason Roy and Shane Watson for salvation. The duo have been in good form, just not good enough for the last four games. They will also be hoping that Mohammad Hasnain, still the leading wicket taker of the tournament despite not having picked up wickets against Lahore, will be back in form again.

Despite having already qualified, Multan will not be taking the match lightly, and will want to play a part in dashing Quetta’s hopes for a title defense. Expect Rossouw, Vince, and Masood to send the ball out of the park, while Imran Tahir and Mohammad Ilyas shine with the ball.

Quetta will be desperate for any inkling of hope following their dismal recent form, and a good early start could be the deciding factor between victory and defeat for them. Expect Roy and Watson to deliver along with Shehzad, while Hasnain gets back to form with English quick Ben Cutting lending a helping hand.

Who will win the 25th Match?