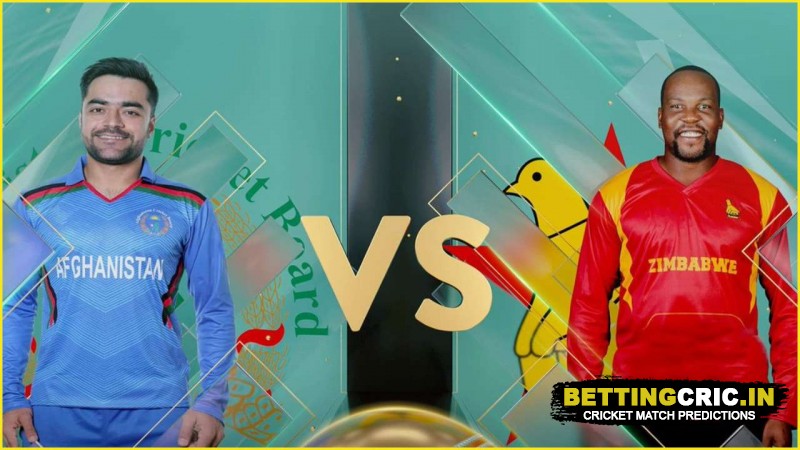 It’s always a historic moment when two teams play in a format for the first time, and this occasion is no different. Afghanistan and Zimbabwe might not be the most able Test teams out there, but they can learn a lot by playing against each other, and the very existence of their Test teams is a great story of success in the face of adversity considering what their countries have gone through over the years. Afghanistan are arguably the favourites, as despite having less experience, they have plenty of highly-skilled players who play in various T20 franchises all over the world. That being said, it would take a fool to completely discount the experience of the Zimbabweans. Both teams have their merits, and both are hungry for a Test series win. It might be the battle of the underdogs, but it should be far from underwhelming. Before this historic clash begins, let’s take a look at the two teams.

Afghanistan are new to the Test scene, having only played 4 matches since receiving their Test status in 2018. Of those 4, they managed to win two - with a notable victory in Bangladesh - and lose two against India and the West Indies. Out of their current squad, the batting seems to be the most solid. It’s a bit strange to see Rahmanullah Gurbaz being kept out of the squad, but we assume that he’s not willing to play Tests - at least yet - or that others just have better temperament. Asghar Afghan, Javed Ahmadi, Rahmat Shah, and Hahsmatullah Shahidi are all solid batsmen who can hold their own against bowlers of all sizes and shapes. Afsar Zazai has been the Test keeper for the Afghans, beating their long-time ODI keeper Mohammad Shahzad to the spot. Most of their bowling attack lacks some experience, but not talent. The names that stand out amongst them are the well-known Rashid Khan, and fast-mediums Sayed Shirzad and Yamin Ahmadzai.

Javed Ahmadi: Rock solid with the bat, Ahmadi can play the long game by holding the ship steady.

Hashmatullah Shahidi: With lots of experience for his age, Shahidi will be one to watch out for in this series.

Rashid Khan: Needs absolutely no reason to be stated as to why he’s here.

Yamin Ahmadzai: with an average of just 21, Ahmadzai can be a terror to the inexperienced Zimbabwean batting lineup.

Although some of their players have vast experience, it has rarely been good experiences for them over the years. Despite participating in many Test series over the years, Zimbabwe have won only one match in the last decade, beating Bangladesh to draw the series against them - the only occasion when they achieved a drawn series over the same timeframe. Their last victory came against the same Bangladesh in 2011, and they’ll be hungry to start off with a win against one of the new kids on the block. Sean Williams is a potent captain with some decent power with the bat, and he’ll be joined by Wesley Madhevere, Ryan Burl, Prince Masvaure, Sikandar Raza, and Regis Chakabva as the most experienced batters. Blessing Muzarabani and Donald Tiripano will be the strike bowlers, while Wellington Masakadza, brother of the other more famous Masakadza named after a New Zealand city, will be a welcome addition.

Wesley Madhevere: Arguably the most talented batsman in the Zimbabwe side, Madhevere will be expected to do the bulk of the scoring.

Sikandar Raza: Capable with both bat and ball, Raza is one of the most experienced cricketers in the Chevrons’ history.

Blessing Muzarabani: After a stellar performance in Bangladesh, Muzarabani will be the prime threat against the Afghans.

There’s really nothing to say here, as the two teams have never met in Tests before, and other formats really don’t have a bearing on the outcome of Tests. May the best team win!

The pitch at the Sheikh Zayed stadium is a pretty balanced one, but it certainly favours spinners over fast bowlers due to its dry nature. Whoever wins the toss should bat first, as the deterioration of the pitch will tip it more in the favour of the spinners as the match goes on. In any case, first innings scores of 400+ are important if a team wants to win.

Things will be very pleasant for the first few days, with moderate temperatures, no rain except a possible light drizzle on the third day, and no high winds. On the last day, however, the winds should pick up, and by afternoon, get to the point where they seriously affect high catches or blow the bails off. It will also be cloudy on the 5th day, but no rain is predicted.

Can Afghanistan continue to dominate lower-tier Test teams? Or will Zimbabwe finally get a chance to win a series after a dry decade? Find out if our Afghanistan versus Zimbabwe Test predictions come true starting Tuesday!

Do you agree with this Prediction?
Like
-1
Dislike
Want to start with a bonus? Choose the best Betting Site for youWhere are you from?
India Bangladesh