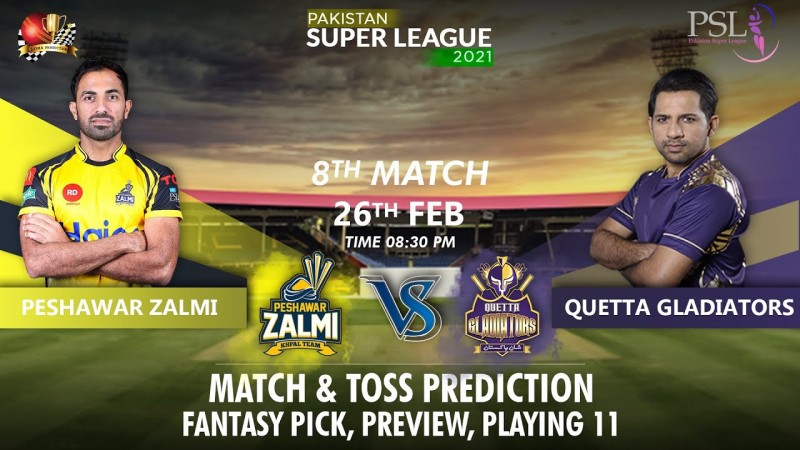 Following their incredible chase of a sky-high target set by the hard-hitting Multan Sultans batsmen, Peshawar Zalmi have salvaged their situation somewhat. After their disappointing previous campaign, they’ll want to climb further up the league ladder in order to have a respectable qualification. The most immediate threat standing in their path towards that goal right now are the Quetta Gladiators. Despite a decent outing with the bat last time around, back to back losses sees the Gladiators at the very bottom of the pot with a horrific net run rate. They must start winning some games right away if they are to do better than last year’s miserable campaign. Before these two teams from the bottom half of the table face off, let’s take a look at how they stand.

Sometimes winning a single match can give your team the morale boost it needs to excel, and the Zalmi may have won such a match last time around. Bowling first against the Sultans, Saqib Mahmood’s 2-for and Mohammad Imran’s economical figures of 4 overs 1 for 24 were the only decent bowling performances from the Zalmi, as the Sultans gave them a massive 193 to chase. However, Imam-ul-Haq’s 48, Kamran Akmal’s 37, Tom Kohler-Cadmore’s 53, and a fantastic cameo of 24 off 8 by Haider Ali saw the Zalmi win by 6 wickets with an over to go.

Tom Kohler-Cadmore: The Englishman seems to still be in solid form in shorter formats since his brilliant performance in the Abu Dhabi T10 League.

Kamran Akmal: Akmal was recently overtaken by Babar Azam as the leading run scorer in the PSL, and he’ll want to take back his crown before he retires.

Saqib Mahmood: Mahmood has been decent in Pakistan so far, and that shouldn’t be subject to change any time soon.

Mohammad Imran: The young bowler had a great game last time around, considering what became of others.

The strangest thing about the Gladiators’ performance so far is probably the fact that the ever unpredictable Chris Gayle has been the most consistent for them, while others have either failed entirely or done an average job. In their last match, Gayle fired a solid 68 off 40 while Sarfaraz Ahmed and Mohammad Nawaz added 40 and 33 respectively to give the Lahore Qalandars a strong 178 to chase down. However, after Zahid Mahmood took out the only slow-playing LQ player, none of the QG bowlers managed to so much as dent the batsmen, with a few dropped catches making things worse. The only bowler who looked to give the batsmen trouble, Mohammad Nawaz, was strangely not given the ball after his second over, and Quetta lost by 9 wickets with 10 balls to go.

Tom Banton: After two flop innings, Banton will be looking to go for a big knock.

Chris Gayle: Gayle has been in good form in the PSL so far, and we hope to see more storms.

Zahid Mahmood: The Pakistani spinner was the only person to take a wicket last game.

Mohammad Hasnain: Although he couldn’t do much in the last game, Hasnain has the skills to carry his team on a good day.

Speaking of good days, it should be exactly that for cricket in Karachi on Friday. The strong wind from earlier should be much more tame by the time this match takes place, so overall, everything should be perfect for some bat-on-ball.

Given how the matches at this pitch have evolved, it seems that no target is safe. All we can say is whoever bats first needs to get 200 or more, and that batsmen are currently loving this pitch and ground.

Can the Zalmi climb to the top half of the table with an important win? Or will the Gladiators finally manage to rise up and get a win? Find out if our Peshawar Zalmi versus Quetta Gladiators predictions come true on Friday!

Do you agree with this Prediction?
Like
+10
Dislike
Want to start with a bonus? Choose the best Betting Site for youWhere are you from?
India Bangladesh
Tags1XBET Cricket Predictions 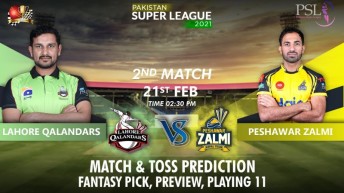 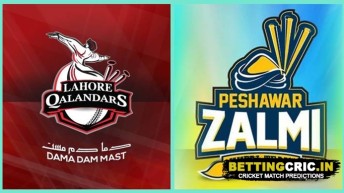 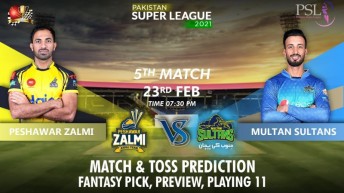