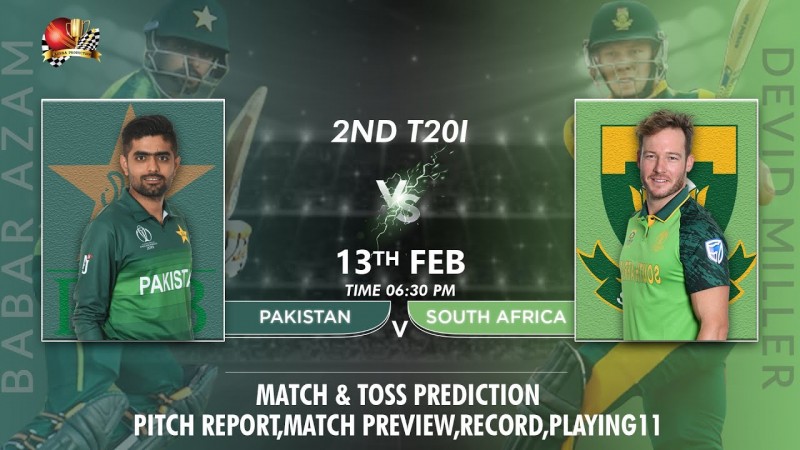 If you’ve followed the South African cricket team over the years, you know that they’re no strangers to making small mistakes that cost them the game. It was one or two similarly small mistakes that ultimately cost them the first T20 against Pakistan. Despite their top order performing well, and some decent bowling, the Proteas just couldn’t make it happen. They’ll be desperate to even the series to avoid consecutive humiliations. On the other hand, Pakistan are just one win away from taking the series, and they’ll be extra confident because the first match was won despite their captain and best batsman Babar Azam producing a golden duck. A win here would mean a lot to them, so no punches will be pulled. Before green and yellow go up against green and white, let’s take a look at the two sides.

Pakistan seems to be loving playing South Africa at home after all these years. Batting first, losing Babar Azam early on was a big blow, but Mohammad Rizwan was more than up to the challenge. With the second-highest score being a mere 21 by Haider Ali, Rizwan’s 104* made sure Pakistan were able to put up a very competitive 169 on the board. Their defense of that target started poorly, but a few economical performances put them back on track. Two wickets each from Haris Rauf and Usman Qadir were much-needed, with the latter also being very economical. In a thrilling last over that saw the Pakistanis ensure there was no match-winning six off of the last ball, the hosts managed to win by 3 runs.

Mohammad Nawaz: He may not have gotten wickets, but his economical bowling showed that he wasn’t easy to play.

Usman Qadir: The best bowler in the last game, Qadir will be looking to do even better in the upcoming matches.

It can’t be a pleasant feeling when one unnecessary run out costs you the game - especially one that could have restored the confidence of your players. Bowling first, South Africa’s attack started well, but they used 7 bowlers and looked mostly confused about their game plan. Andile Phehlukwayo’s dual haul and Tabraiz Shamsi’s 4-0-20-1 were good, but they couldn’t stop Pakistan from getting a solid score. Chasing 169, Janneman Malan fired up early and got to 44 before being bowled out, and his opening partner Reeza Hendricks was the player who got run out at 54 while attempting a ridiculous, unnecessary single. In the end, no other batsman could so much as reach 20, and the Proteas fell short by 3 runs.

Janneman Malan: Malan has shown that he has the skill, but now he has to carry on and do better.

Heinrich Klaasen: After a poor show last match, the captain will have to step up both as a captain and as a batsman.

Tabraiz Shamsi: With a terrific show of spin, Shamsi has his critics shut up for now, but will have to do better to help his team win.

Andile Phehlukwayo: Phehlukwayo was somewhat successful in filling the void left by Rabada and Ngidi, but he also will have to rise up to combat this challenge.

Despite overcast skies, there shouldn’t be much in the way of rainfall in pre-spring Pakistan. The temperature will also be pleasant, and there won’t be any winds worth worrying about.

Although the Gaddafi Stadium pitch is usually more favourable for fast bowlers, spinners did remarkably well last match. Some batsmen were also comfortable, while the quicks succeeded in their own way. Overall, consider it a fair ground for all sorts of cricketing, and first innings scores of 160+ to be tricky to chase, as already proven.

Can Pakistan close out the series with another triumph? Or will South Africa manage to correct their errors to come right back at them? Find out if our Pakistan versus South Africa predictions come true on Saturday! 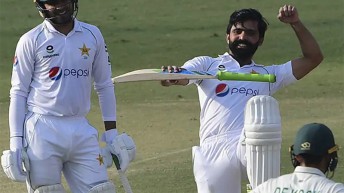