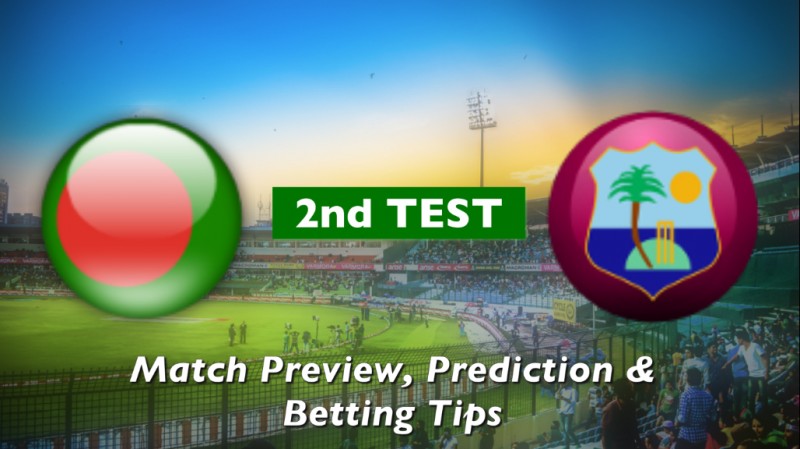 In the world of cricket, Bangladesh are anything but giants, but beating them at home hasn’t been easy for most teams in the last few years. When the West Indies came touring with an understrength team and lost 3 ODIs on the trot in miserable fashion, everyone expected them to fail the test of the Test series as well. Four days into the match, it looked exactly the same, but the heroics of two debutants saw the result of the match change direction. It was an emphatic and much-needed victory for the West Indies, and now they’ll look to win the series with either a draw or another win. Bangladesh on the other hand will be recovering from their shock and disappointment while also preparing to end the series on even grounds. Both teams badly need to win this for their own reasons, so there’s everything to play for as we head into the second Test. Before it begins, let’s take a look at the two teams.

Not to take anything away from the West Indies’ performance, but Bangladesh really should have gone on the aggressive a little earlier in their second innings, and finished off with a 400+ lead after some pinch-hitting instead of declaring. Granted, Shakib Al Hasan’s injury didn’t help, but they should have made the best of the hand they were dealt. For the second Test, they really should take a second fast bowler. The first innings was a solid foundation to build on, with Shadman Islam’s 59, Shakib Al Hasan’s 68, and Mehidy Hasan Miraz’s 103 helping Bangladesh get a solid 430. Their bowling was solid too, with the same Miraz picking up 4 wickets and Taijul Islam, Nayeem Hasan, and Mustafizur Rahman all taking 2 each to give their team a lead of 171.

Although their second innings started poorly, a brilliant century by Mominul Haque (115) and a 69 from Liton Das saw them get to 223 before they declared, setting the Windies a target of 395. However, despite a further 4 wickets and two more from Taijul, it wasn’t enough, and the Windies managed to win the match by 3 wickets with 15 deliveries left on the final day. 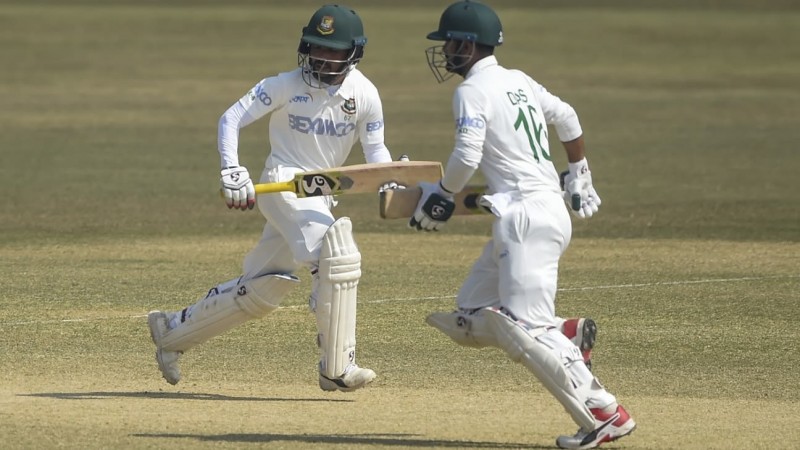 It’s not often that a team feels this kind of exhilaration or sense of success upon beating Bangladesh, but for a down-and-out West Indies, it’s everything. Bowling first, it was the

Inexperienced Jomel Warrican who took 4 wickets to put the brakes on the Bangladeshi innings, while Rahkeem Cornwall took two more. Chasing 430 in the first innings, Kraigg Brathwaite’s 76, Kyle Mayers’ 40, Jermaine Blackwood’s 68, and Joshua Da Silva’s 42 were all decent, but nowhere near what was needed, and the team slumped for 259.

Success with the ball continued for Warrican and Cornwall as the duo picked up 3 each, and Shannon Gabriel took two before Bangladesh declared for 223. Given a ridiculous 394 to hunt down, and 3 down at 59, it looked as though all would be over for the visitors, but a 216-run partnership between Nkrumah Bonner (86) and Kyle Mayers, who went on to score a match-winning 210*, helped the Carribean side win the match by 3 wickets. 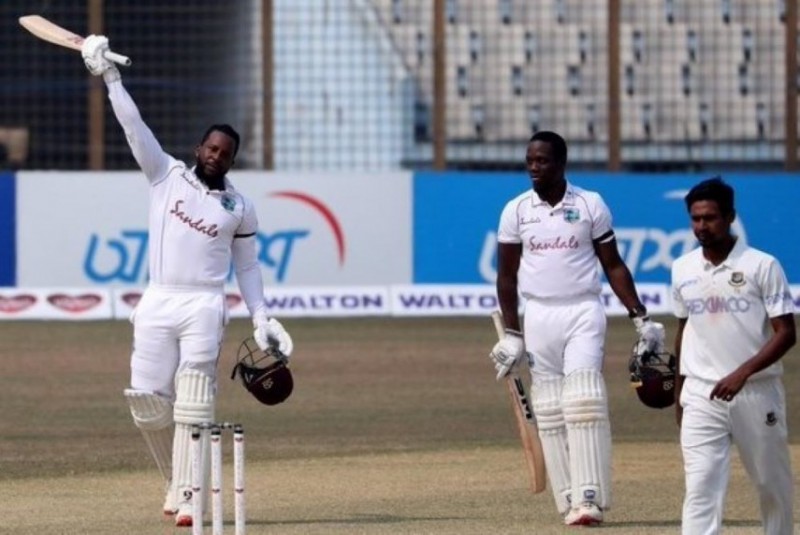 Barring some early morning dew, the conditions should be perfect for cricket. Pleasant temperatures, low humidity, and soft winds on all five days.

Like the pitch in Chattogram, Dhaka is a typical subcontinental pitch that offers plenty of turn, especially on the tail end of a Test match. That being said, it is much kinder on batsmen than the Chattogram pitch, so expect first innings totals of 450+ to be standard.

Can Bangladesh win this match to tie up the series? Or will the West Indies collect an important away whitewash? Find out if our Bangladesh vs West Indies 2nd Test prediction come true starting Thursday!

Watch how to register for 1xBet to place a bet on BAN vs WI: