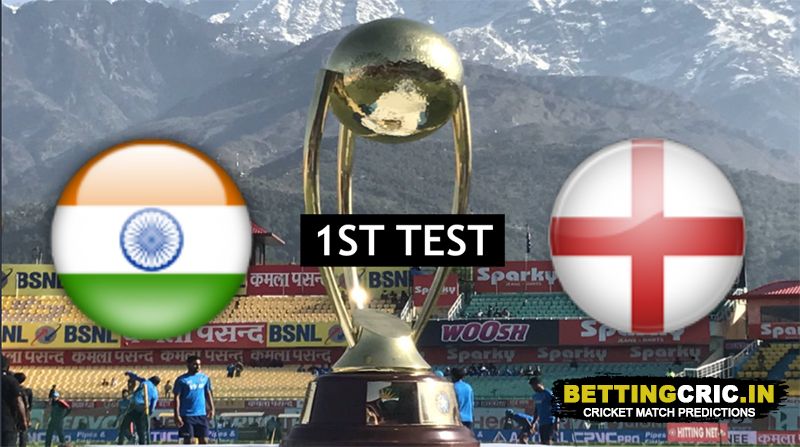 After beating Australia at their seemingly impregnable fortress and taking the Border-Gavaskar Trophy, India have become the talk of the cricket world - if they weren’t that for years already. Now back home, they’ll be facing a different kind of challenge in the form of visiting ODI world champions England, who are quite close to them in terms of point percentage in the race for the World Test Championship title, raising the stakes all the more. England have just finished a series in Sri Lanka, where they beat the hosts 2-0 to boost that percentage. If they lose this series, India might go out of their reach as far as that particular competition is concerned, so this is probably the most important Test series they’ve played in a long time. Before the red ball rolls on the green grass, let’s take a look at the two teams.

With a few players still out of service following the physical battering down under, India will nevertheless field a much stronger squad on paper. Kohli returns to his role as captain, and will have Rahane, Gill, Pujara, Sharma, Pant, Pandya, and Rahul among others to choose from for the batting department. As for bowlers, it’s going to be difficult to pick 4-5 out of all the big performers - new and old - but the mainstays will be Ashwin, Sundar, Bumrah, Yadav, and Ishant Sharma. Of those players, Pandya and Sundar are essentially all-rounders. A well-rounded lineup with a plethora of talent, familiarity of the conditions and environment will also give India an upper hand.

Historically weak against the turning ball, England have recently proven to have become somewhat resilient to such trickery - something that was on display when they played against Sri Lanka. Moreover, they have their own bevy of talented spinners to utilize. Root leads the side, and the batsmen who stand out from the squad are Buttler, Burns, Sibley, Crawley, and Lawrence. Among the bowlers, the pace battery of Anderson-Broad-Archer will try their best to make use of whatever bounce and movement they can find on the pitch before it becomes way too biased for spinners as play goes on, while Bess, Leach, and Ali will try to outdo their Indian counterparts.

Although England still has a massive upper hand against India in terms of statistics (47 wins to India’s 26, with another 49 draws), much of that one-sided success is from a time when India were the minnows of the cricketing world.

That being said, after a horrible noughties, England managed to dominate the 2010s with four Test series victories to India’s one. With the new decade upon us, things are all square once again. As far as matches go, England have also won four out of the last 5, so the onus will be on India to get those victories.

Despite getting a little on the warm side for the English, the temperature across the 5 days will be absolutely wonderful for the Indians. There’s a small chance of a light drizzle or two on days 3 and 4, but they shouldn’t cause much trouble. A moderate breeze will be blowing throughout, and sudden stronger winds might affect the odd high catch, but given that it’s a Test match, there won’t be many of those to begin with.

A typically spin-friendly wicket awaits the teams at the MA Chidambaram Stadium in Chennai. For the first three days, the pitch will be pretty good to bat on as well, but from the tail end of the third day, that bias will skew in the favour of the spinners. If either team manages to take a solid first-innings lead, they will have a good chance to win.

Can India combine the confidence gained in Australia with home advantage to get an important win against England? Or will the visitors beat the WTC table leaders to reduce their gap with them? Find out if our India vs England 1st test prediction come true starting Thursday!

Watch how to register for 1xBet to place a bet on IND vs ENG: