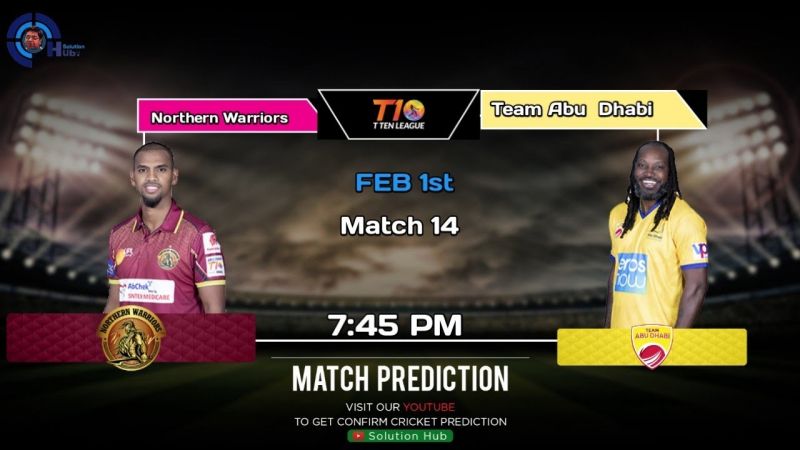 At the close of play yesterday, nobody would have thought Team Abu Dhabi would climb up to second in Group B today, but somehow they managed to do so - once again highlighting the sheer unpredictability of this format. No doubt pleased with themselves, their first matchup in the Super League is the Northern Warriors. The Warriors have made a pretty strong comeback since losing their first match to the Maratha Arabians, and today they pulled off a statement victory against the Delhi Bulls to knock them off of their perch and take it for their own use. With both teams going into the Super League on a high, this one’s going to be a tight fight, and before it begins, let’s take a look at the two teams.

When they lost their first match, the Northern Warriors looked like they wouldn’t amount to much. However, in their most recent match they absolutely blew away their competition and almost broke a record in the process. Batting first, Lendl Simmons’ 41 may have been a good innings had it not been for Nicholas Pooran’s borderline vulgar display of power which amounted to a massive 89 from 26 (including 32 in a single over). Had he not gotten out when he did, he may have been able to get a century. On the defense, it was one of those rare cases where you know you’ve scored so much that you don’t even feel the need to be exceptional. Nevertheless, Wahab Riaz shone with his figures of 2-0-9-1, and Wayne Parnell also did well to keep his economy rate low as the Warriors won the match by 30 runs.

Rovman Powell: He didn’t get the chance to bat for long in the previous match, but he definitely has the skills and the form.

Wahab Riaz: The old warrior still has plenty of skill and class left in his tank.

Wayne Parnell: Parnell is still in great form, and shouldn’t be underestimated by any team or player.

Just when everyone thought that Team Abu Dhabi was all big names and no big game, they pulled off a solid performance against the Pune Devils. Bowling first, every bowler except one was pretty average to very expensive. That one bowler was Obed McCoy, who picked up 2 wickets for just 9 runs off his 2 overs to make sure the Devils didn’t run away with their total and settled on a reasonable 129. On the chase, Team Abu Dhabi lost more wickets than they probably would have liked, but the combined efforts of Paul Stirling (23 off 9), Joe Clarke (29 off 9), Ben Duckett (20 off 9), and especially Jamie Overton (38 off 11) made sure they sealed the victory with 5 wickets and 9 deliveries left over.

Paul Stirling: Stirling finding his groove in the T10 format will be bad news for every other team, because this man is a beast when he’s in form.

Joe Clarke: Clarke has been useful with his cameos, and needs to step up for a longer period.

Jamie Overton: Useful with both ball and now apparently also bat, Overton will be important for Abu Dhabi’s success.

Obed McCoy: If McCoy can repeat his performance from the last match, his team will have a very, very good chance of getting out of the Super League.

If you’ve been following our previews, you already know the deal. UAE in the winter means pleasant, cool weather with the odd cloud in the sky, a strong but pleasant breeze, and perfect cricketing conditions.

A couple of footmarks here and there from the previous match might cause the odd delivery to misbehave, but it shouldn’t be that big a worry. In general, the pitch has juice for both bowlers and batsmen.

Can the Warriors get off to a strong start in the Super League unlike their performance in the group stage? Or will Team Abu Dhabi’s newfound vigor be too strong? Find out if our Northern Warriors versus Team Abu Dhabi predictions come true on Monday! 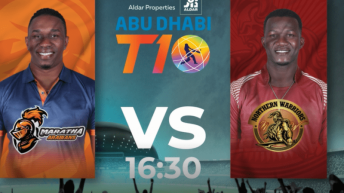 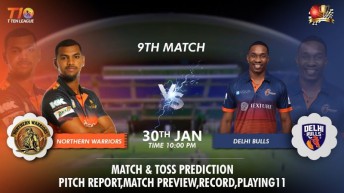 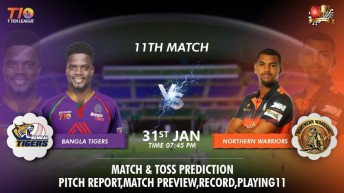 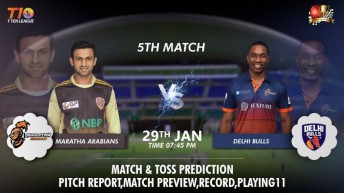