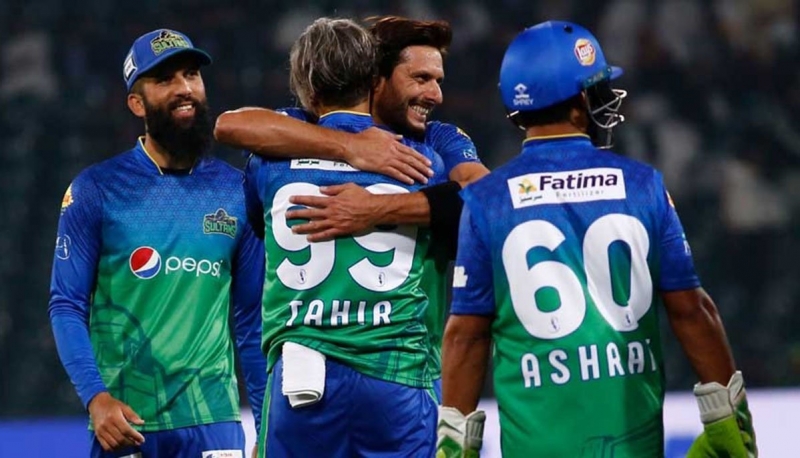 6.03.2020, 19:30 IST
Gaddafi Stadium (Lahore)
With the race for the PSL Playoff spots heating up, all eyes will be on the clash between Karachi Kings and Multan Sultans on Friday. With the Sultans riding strong at the top of the table, they look like strong contenders to make it to not only their first playoffs, but even the final. Given that they trounced Karachi Kings a week earlier, they should be feeling pretty confident. On the other hand, Karachi Kings have won two games on the trot since the aforementioned defeat, and with statistics favoring them, they would love the chance to climb above two-time PSL champions Islamabad United with a win at the National Stadium on Friday. A faceoff between Kings and Sultans is essentially a royal affair, so let’s take a look at what’s in store for viewers!

With 3 wins and 3 losses to their name so far this season, Karachi Kings will be eyeing those all-important top two playoff spots. There’s plenty of talent in this spirited Karachi side, with Pakistani stars Mohammad Amir and Babar Azam fueling the fire. That fire is further stoked by England regular Alex Hales, who has been instrumental with the bat - averaging a whopping 39.75 from four matches since coming in following his team’s tour of South Africa. Another talented Pakistani, Umer Khan, has also been good support with the ball for Amir. Having won 3 of the last 5 meetings between the teams, with another no result in the mix, the Kings will be looking to challenge the table-toppers for their spot.

Four wins and a single loss from their five games at this year’s PSL sees the Multan Sultans at the top of the table. With South African hard-hitter Rilee Rossouw heading the charge with the bat, and three wins back-to-back, the defeat to Islamabad United earlier in the season is fading in the rear view mirror. Rossouw is joined in the batting department by local Shan Masood and England all-rounder Moeen Ali. With the ball, another local Mohammad Ilyas leads for the Sultans with 11 wickets, while South African veteran Imran Tahir has 8 to his name.

The Kings will no doubt be hungry to climb further up the table - and slow down the Sultans - with an important win. Given their last two matches, they have every chance to do so if they can get their opponents’ in-form batsmen out, as the team has been relying heavily on their batting to win. Expect Pakistani maestro Azam and the English firecracker Hales to star with the bat, while Mohammad Amir continues his destructive form with the ball alongside Umer Khan.

In the Sultans’ camp, there’s undoubtedly an air of nervous happiness as the team looks poised to have one of their finest runs in the competition to date. With the brilliant Rossouw at their disposal, they look likely to give the rest of the teams a run for their money. Expect Rossouw and teammate Shan Masood to wreck the Karachi bowlers, while Mohammad Ilyas and Imran Tahir do enough with the ball to get the team through.

Can Karachi Kings take out the league leaders? Or will the Sultans commit regicide to extend that lead? Find out on Friday!
Do you agree with this Prediction?
Like
0
Dislike
Want to start with a bonus? Choose the best Betting Site for youWhere are you from?
India Bangladesh
Tags1XBET Cricket Predictions, Toss Prediction, Top Batsman Prediction, Top Bowler Prediction, Fifty Score Prediction, Most Match Sixes Prediction