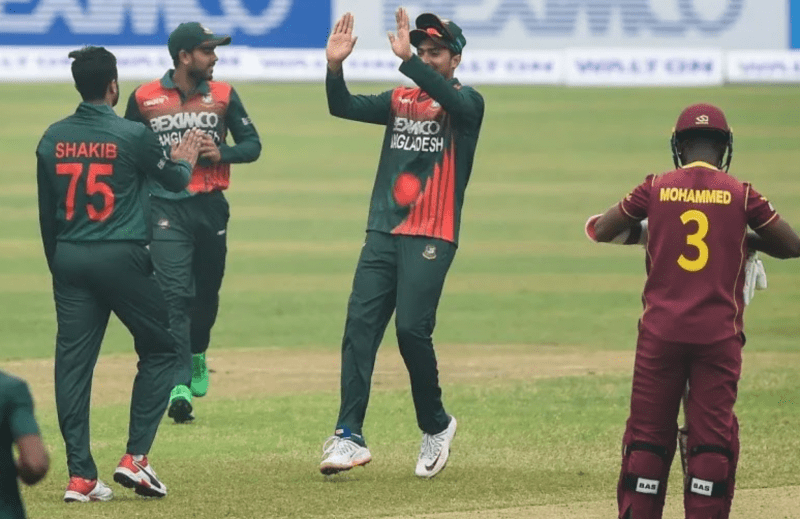 As the headlines should read, a dominant Bangladesh routed a meek, weak West Indies in a low-scoring green-pitch snooze-fest at home. It was a thoroughly one-sided affair at the Sher-e-Bangla National Cricket Stadium, with the home side all but toying with the visitors, whose team consisted exclusively of replacements and debutants. Granted, the Windies fought back somewhat while defending their tiny total, but it was never going to be enough. Hopefully for literally everyone involved, the second match will be a little more exciting. Before the players trudge out into the foggy field once more, let’s take a look at the two sides.

With their first team comfortably at work, Bangladesh were able to close out another comfortable win over a side they’ve been dominating in the ODI format for the last few years. If they repeat this feat in the second match, they might try out their new blood in the third. Choosing to bowl first, the Bangladeshi bowlers started striking right away. Mustafizur Rahman removed both openers, with debutant Hasan Mahmud picking up 3 and world number 1 all-rounder Shakib Al Hasan boasting ridiculous figures of 7.2-2-8-4. After shutting the Windies down for a mere 122, the home side trudged to victory in almost Test match fashion, getting to their small target with 6 wickets to spare and Tamim Iqbal’s 44 being the only remarkable score.

It’s not as though most of the Windies team and their fans didn’t expect a defeat, but they certainly hoped it wouldn’t be as embarrassing as it was. Given the players they have on this trip, they don’t even have a clear idea as to who might be a good replacement for whom. At the very least, their 6 debutants from the first match will have a little more experience this time. Sent in to bat first, the Windies got off to an awful start as they were reduced to 56-5. Kyle Mayers (40) and Rovman Powell (28) then held the innings together for a while and took the score to 115, but a subsequent collapse saw the team crumble for 122. If those two hadn’t played such innings, the visitors would have scored less than 100. Nevertheless, the bowling was much better for the Caribbeans, as Akeal Hossain bowled a superb 10-over spell, striking thrice and bowling a maiden at the cost of only 26. Captain Jason Mohammed also took advantage of the conditions to pick up a wicket and give away only 19 for his 8 overs, but it was all in vain as they lost with a third of the overs to go.

A much less gloomy, much more sunny day awaits the teams on Friday. The humidity should be relatively low, and the temperature will climb as the day matures. With very little chance of rain, it should be a good day for cricket.

The pitch in Dhaka looks outright green, and should be very difficult for batsmen to play on, if Wednesday was any indication. Hopefully the curators will address the issue and make it a little more batting-friendly, because otherwise the bowlers will run riot once again.

Can Bangladesh close out the series and look for a whitewash? Or will the visitors pull off a miracle comeback? Find out if our Bangladesh vs West Indies predictions come true on Friday! 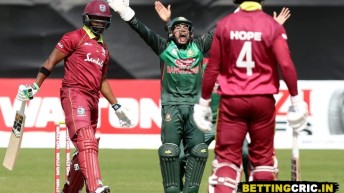