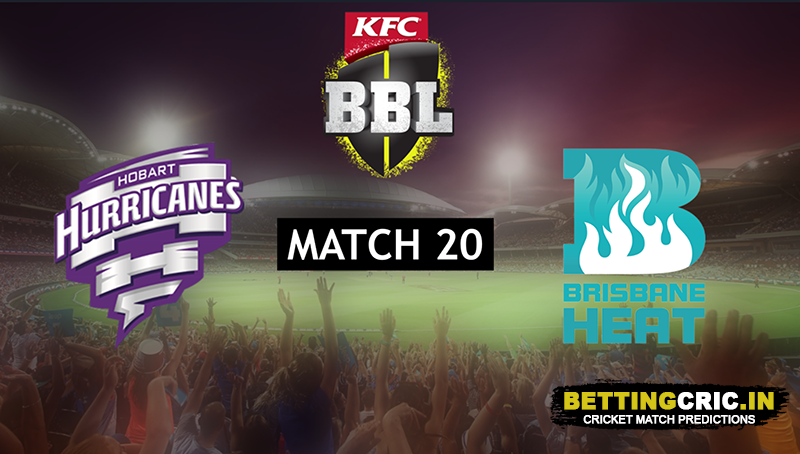 When you’re vying for the top spot in a league, it’s painful to be shot down by, of all the teams, the one at the very bottom. Hobart Hurricanes faced just that when they lost to Brisbane Heat in their last match, and here they are again for the return fixture of that matchup. Heat on the other hand will be happy to have finally come to life, and will be looking to get another win to get back into serious contention. Once again, we have two back-to-back fixtures between the same teams, and whether for better or for worse, it’s going to be competitive. Before the cameras start rolling, let’s take a look at the two teams.

The same Hobart Hurricanes that was riding high 3 matches ago suddenly finds itself down in fourth place, potentially fifth if Melbourne Stars win against Sydney Thunder. Desperate for a win, HH will be putting maximum effort into their next match in order to climb back up - which will be difficult with their main bowler James Faulkner injured. In their previous match against Brisbane Heat, Hobart’s batsmen started slower than they would have liked, and lost wickets at regular intervals. With their highest scorer being D’Arcy Short with only 27, the Hurricanes finished on a lukewarm 148. Defending the target appeared futile at first, but a flurry of wickets gave hope until it was taken away and extinguished by Heat’s tail as they won with 4 wickets and 16 balls in hand. For HH, D’Arcy Short of all people was the best bowler with 18 for 3 off 4, and Riley Meredith was solid for his figures of 4-0-24-2. 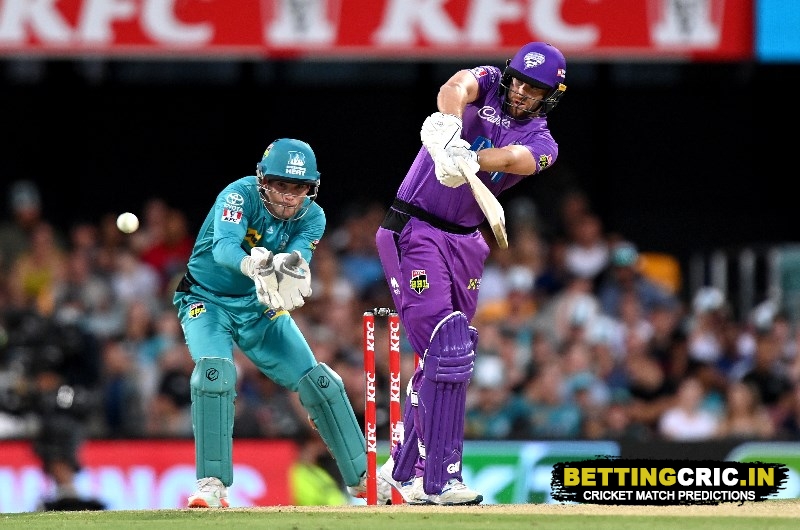 Better late than never, as the saying goes. Despite 3 losses on the trot giving them a horror start, Brisbane Heat have come back and climbed into 6th place. If they win their next match, they will be within touching distance of the close-knit pack that currently comprises the top half of the table. In their last match, BH made their decision to field first count as the heroics of Gregory, Steketee, Rahman, and Wildermuth restricted the Hurricanes to an unimpressive 148. During their chase, Max Bryand and Sam Heazlett gave BH a great start, but a quick collapse saw them reduced to 102 for 6. Thankfully, they were well ahead of the run rate, and Jimmy Peirson and James Bazley took them to the target well in advance. 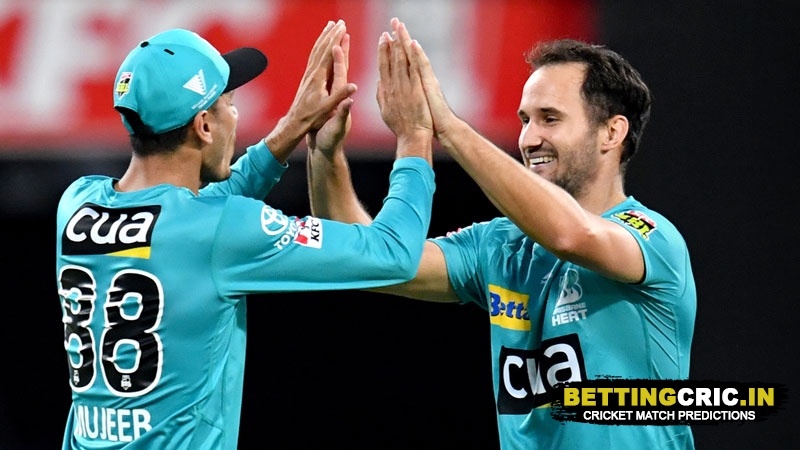 With cloudy skies and a 40% chance of rain, prospects of a full 40-over match look grim, but let’s hope the elements will be kind. At least the temperature will be at a pleasant mid-twenties.

The pitch at the Gabba hasn’t been too kind on batsmen, while also being strongly favourable to spinners. Whoever bats first should be careful, and content with anything in the 160 region.

Can the Hurricanes make a comeback to earn back their spot in the top 3? Or will Heat’s delayed start turn into a run of success? Find out if our Hobart Hurricanes vs Brisbane Heat predictions come true on Wednesday!