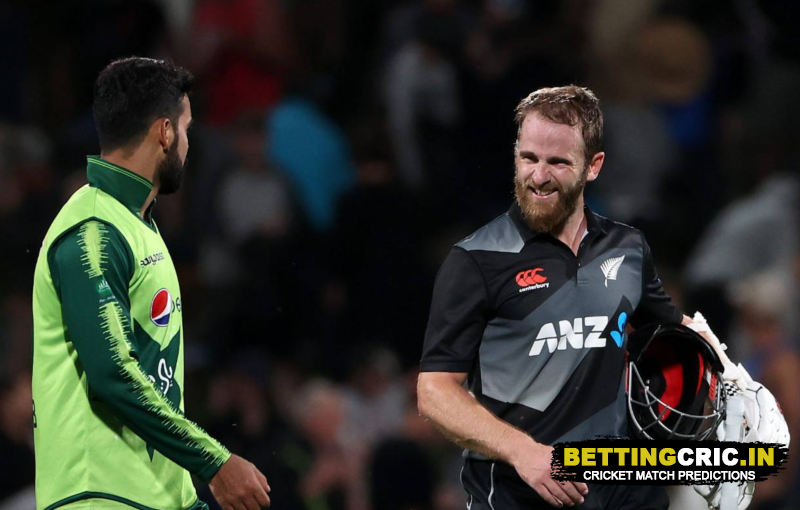 New Zealand were the favourites going into this series, and since it began, they have been justifying that statement with every passing match. It’s not like Pakistan aren’t trying, but either their efforts just aren’t impactful enough, or they’re simply being outclassed. Either way, the results speak for themselves. The Kiwis haven’t just won the series, they’ve just about waltzed through. Whether it was batting or bowling, they were solid as a team and they can now experiment with their lineup in the third one. Pakistan, on the other hand, will want to salvage even the smallest bit of pride by winning the last match. Before it begins, let’s take a look at the two teams.

With the series in the bag, New Zealand will still hope that they can whitewash Pakistan in order to get the maximum possible ICC T20 ranking points. In the previous match, Tim Southee took charge by taking the top 3 Pakistani batsmen out. Although they fought back, their early setback and lack of a substantial partnership meant that they were limited to a decent-but-inadequeate 163. The chase went even better, as after Martin Guptill’s exit, Tim Seifert and Kane Williamson comfortably navigated through the Pakistani bowling attack with 84 and 57 respectively. New Zealand won the match with 9 wickets in hand and 4 deliveries to go.

Their 5-match winning streak against New Zealand turning into a distant memory, Pakistan will now be forced to play that bland, nearly stake-less third match of a lost series. In their last match, their batting lineup failed to show up entirely with the exception of a defiant Mohammad Hafeez with 99, which remarkably is the second-highest score by a Pakistani in a T20I. However, the best ‘support’ he got was Mohammad Rizwan’s 22, so all in all the visitors only put up 163. Things went from bad to worse when they started bowling, as their most potent bowlers went for heavy runs. They were only able to take one wicket in the course of the chase, and couldn’t do right by Hafeez’s efforts.

As the series is done and dusted, the Black Caps will still want to win for the sake of ICC ranking points. Expect Tim Seifert and Glenn Phillips to build up the runs, while Tim Southee and Ish Sodhi combine to trouble the batters.

There’s nothing worse than a whitewash, and Pakistan will be playing hard to avoid that. Expect Mohammad Hafeez and Haider Ali to show up strong with the bat, while Faheem Ashraf and Haris Rauf pick up important wickets.

Can the Kiwis make it a whitewash before they don their white kits? Or will Pakistan manage to lift their morale ahead of the Tests? Find out if our New Zealand vs Pakistan predictions come true on Tuesday!