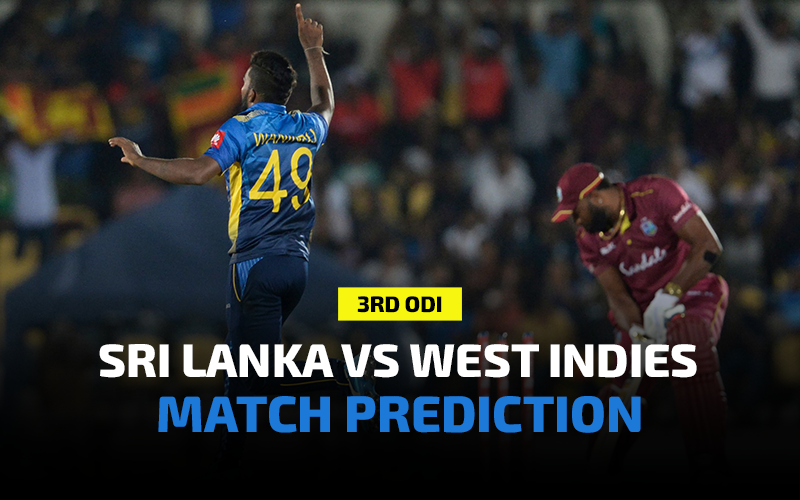 1.03.2020, 14:30 IST
International Cricket Stadium (Pallekele)
Given that Sri Lanka’s current lineup is by some stretch the weakest it has been since before their World Cup triumph in 1996, one would have expected a potent West Indies side to give them a run for their money in the second of their 3-match ODI series - especially given how close the first one was. Proving to be as unpredictable as ever, the Caribbean team instead suffered their worst-ever defeat to Sri Lanka, folding out for a mere 184 in response to the Lions’ mammoth 345. Before tomorrow’s series finale in Ballagolla, let’s take a look at the match that transpired.

After putting Sri Lanka in to bat, West Indies may have thought they made the right decision as the home side were reduced to 9-2 with back-to-back strikes by Sheldon Cottrell. However, the Windies would not pick up their third wicket for another 239 runs. Centurions Avishka Fernando and Kusal Mendis took Sri Lanka to a commanding position, from which a few useful cameos, especially one by Thisara Perera, pushed the side to a rock-solid 345. For the West Indies, the aforementioned Cottrell starred with 4 wickets, and fellow quick Alzarri Joseph also picked up a trio, but no other bowler had much of an impact.

When it was the visitors’ turn to bat, they looked to be in a decent position in the run chase at 64-0 in the 13th over, but every since they lost their first wicket, they could never quite recover. No other partnership crossed the 40 mark, and some incredible bowling from Wanindu Hasaranga and good support from Lakshan Sandakan and Nuwan Pradeep saw Sri Lanka dominate their way to a massive victory.

Sri Lanka looked absolutely unstoppable in the previous match, and that shouldn’t change as the series heads to a close at the Pallekele International Cricket Stadium. However, bar the two centurions, the batting performance did see plenty of failures, which means there is still plenty of room for improvement. Expect Thisara Perera, Nuwan Pradeep, and Wanindu Hasaranga to punish any sloppy Windies batting, and Avishka Fernando and Kusal Mendis to continue their solid batting. Additionally, Captain Dimuth Karunaratne might also make a return to form.

Little hope remains for West Indies as far as salvaging some pride is concerned, with the Caribbean side having been struggling in the format for quite a while now. Their unpredictability is perhaps their best gambit as they try to eke out a consolation win. Expect the consistent Shai Hope to star with the bat, aided by Roston Chase and Darren Bravo, and Sheldon Cottrell, Alzarri Joseph, and Keemo Paul to bowl well.

Who will win 3rd ODI? 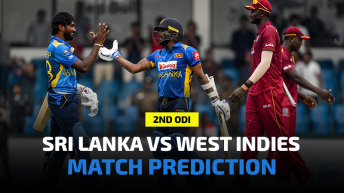