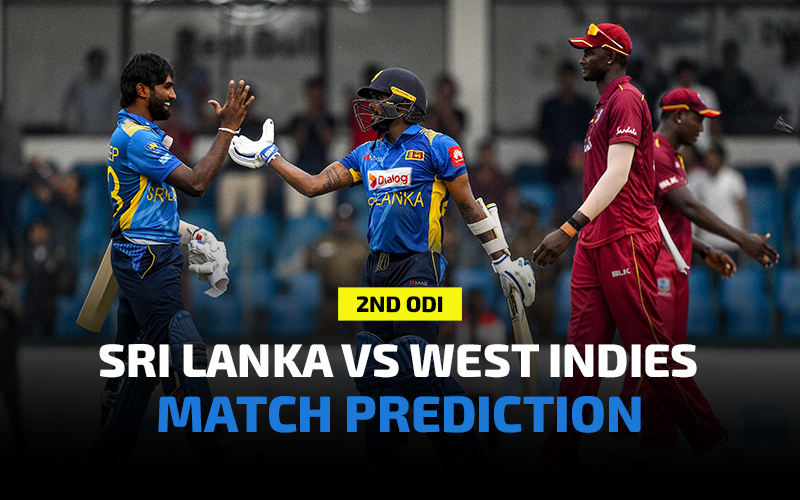 26.02.2020, 14:30 IST
Mahinda Rajapaksa (Hambantota)
Sri Lanka might be low on stalwarts and good results over the last couple of years, but that didn’t stop them from snatching victory out of the jaws of an as-usual-unpredictable West Indies side. Colombo saw an absolute thriller as the home and away sides wrestled with the results for pretty much the whole game. Let’s take a deeper look into the results before we talk about the second match in Hambantota.

After being put into bat by Sri Lanka, the West Indies got off to a cautious start, especially after losing an early wicket. Two good partnerships featuring centurion Shai Hope followed, seeing the team poised for a strong score given the field at 172-3 after 36 overs. Although the fall of a few quick wickets threatened to restrict the Caribbean side to around 260, some brilliant late hitting by Keemo Paul and Hayden Walsh saw the score reach a respectable 289.

For the Sri Lankan bowlers, our predictions fell flat as the spinners did not follow the usual trend at this ground, failing to pick up a single wicket between them. Pacer Isuru Udana, despite picking up 3 important wickets, allowed for an explosion of runs at the tail end of the innings. Nuwan Pradeep was probably the pick of the bowlers, combining a decent economy rate with an important wicket.

Making a very strong start to rush to an imperious 111 off just 18 overs, with both captain Dimuth Karunaratne and fellow opener Avishka Fernando scoring or going on to score half-centuries. Sri Lanka looked poised to win it easily until both openers fell within 10 runs of each other. Wickets fell at regular intervals from then until the very end, but thankfully for the South Asian team, allrounder Wanindu Hasaranga managed to keep his nerve and take the team to a close one-wicket victory.

Among the Caribbean bowlers, Alzarri Joseph was the clear pick of the bowlers with his 3 for 42 off 10, but Keemo Paul, Jason Holder, and even the expensive Hayden Walsh contributed to the fall of wickets. Only Sheldon Cottrell couldn’t quite find his groove, ending up being expensive without picking up any wickets.

Considering how stable Sri Lanka were even when the situation called for panic, one might pick them as favorites to close the series 2-0. However, knowing West Indies’ track record, it would be a risk to do so as always. Hope and the West Indies middle order look strong, and there’s certainly plenty of good things that could be said about Joseph, Walsh, and Paul. Expect those four to perform well again, and Roston Chase to do better than his 41.

The Sri Lankan bowling left much to be desired, and they only managed to win the match by the skin of their teeth, but subcontinental teams are always strong on home soil. Expect Udana to bowl well on a far more quick-friendly ground, and Fernando, Karunaratne, and Kusal Perera to do well with the bat again.