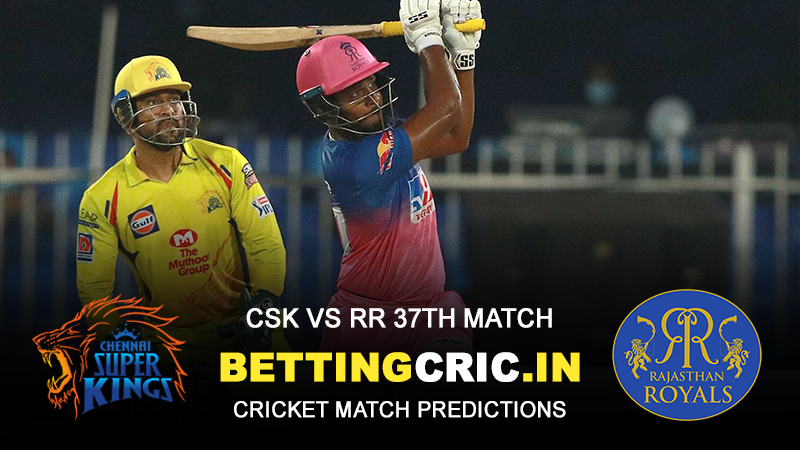 19.10.2020, 19:30 IST
Sheikh Zayed Stadium, Abu Dhabi
As qualification spots become more and more rare, the teams lower on the table scramble to get into that hallowed last slot. Two of those teams are Chennai Super Kings and Rajasthan Royals. Both played their previous match against Delhi Capitals, and both faced narrow defeats - albeit CSK was closer to winning their battle. Now up against each other, they have zero room for error and must win this one if they are to contest for the playoffs. While RR are no strangers to failing to do so, it would be a first for CSK in a campaign they’re participating in. It’s going to be a cracking contest, with both teams going to every length to best the other. Before it begins, let’s have a look at the two sides.

No CSK fan probably ever thought there would come a time when both MS Dhoni’s batting and his captaincy would come into question, yet his side is now 9 games in with 3 wins and 6 losses, requiring to win just about every match left, with his poor performances as both batsman and captain ranging from questionable to outright poor. In their last match, CSK put up a decent 179 thanks to a group effort from four batsmen. In reply, Shikhar Dhawan’s fantastic century and Axar Patel’s powerful cameo at the end put Delhi past their target. CSK badly need to reassess their decisions and options if they want to stand any chance of qualifying.

With every passing game, Rajasthan Royals subverts the expectations people had built up after seeing their first two matches. In their last match, they - especially Jofra Archer - bowled well to restrict a strong DC to just 161, with Shikhar Dhawan’s 57 and Shreyas Iyer’s 53 leading the way. In return, RR looked to be in relative command until the toe end of the match, when a flurry of wickets saw them having to settle for 148, 13 runs short of the target. Like Chennai, Rajasthan badly needs to get their act together and string a few wins side by side to make it through.

Given Chennai’s experience and resourcefulness in the past, they still have the ability to push past the competition. Expect Faf du Plessis and Ravindra Jadeja to get the runs, while Deepak Chahar and Dwayne Bravo pick up the wickets.

Rajasthan have a powerful lineup, and just need to maximize their potential to go through. Expect Sanju Samson and Jos Buttler to do well with the bat, while Jofra Archer and Ben Stokes create chances with the ball.

Can CSK come back to keep the hopes of retaining their qualifying streak alive? Or will RR crush those hopes to resurrect their own - albeit different - hopes? Find out on Monday!