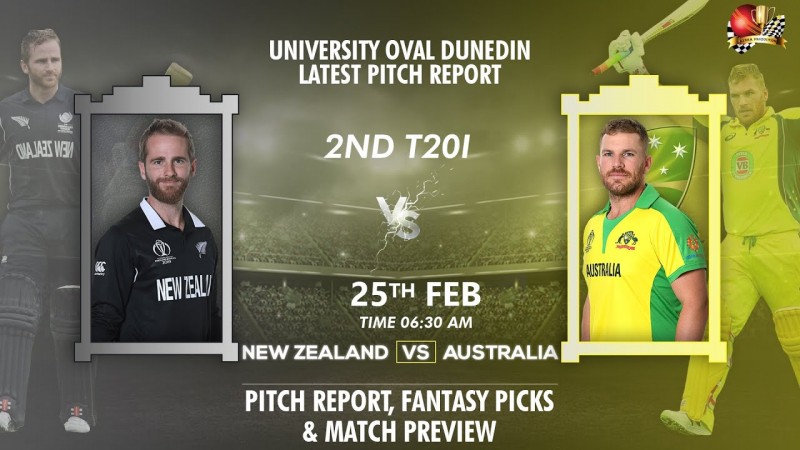 The New Zealand cricket team have come a long way in the last decade. From barely making it to the semi-finals of the 2011 World Cup to playing the final of the last two only to lose the latest under heartbreaking and controversial circumstances; and from being notoriously unreliable in Tests to building a fortress at home and being on the brink of playing in the final of the World Test Championship. Now they seem to also be keen on conquering cricket’s fastest and most exciting format, and their performance against Australia in the first match of their bilateral series would imply no less. The Aussies on the other hand have been in a downward spiral as of late, and need to get their bearings right in order to come back into this series. Before the two teams come to blows, let’s take a look at how they’ve been doing.

The sheer quality of the Kiwi lineup would make any team get nervous, and as they showed in the last match, there’s plenty of justification to that. Batting first, the Black Caps lost 3 wickets early, but a fantastic 99 off 59 from Devon Conway was just the kind of recovery the team needed, and with some help from Glenn Phillips (30) and James Neesham (26), the home side set up a total of 184. When defending that score, Ish Sodhi led the way with 4 for 28, while Tim Southee and Trent Boult also took 2 each, with the former keeping things economical. Eventually, they bowled their opponents out in the 18th over to win by a strong 53 runs.

Kane Williamson: Just because he didn’t do much in the first game doesn’t mean he won’t in the second.

Devon Conway: Given how good this guy is, it’s hard to exclude him from this list.

Trent Boult: Boult will love the grassy pitch at the University Oval, as will…

Tim Southee: …his teammate Southee, who will use all his experience to bamboozle the Aussie batsmen.

Things in the Australian camp can’t be good as the team just hasn’t been able to get the results they want as of late. In the last match, their bowling started off great, but seemed to disappear somewhere after that. Jhye Richardson and Daniel Sams managed to take two each, but only the former managed to remain economical. With 185 to get, things went from bad to worse as the visitors lost wickets at regular intervals, and despite a brave 45 from Mitchell Marsh and a hopeful 23 from Ashton Agar, the visitors only managed a miserable 131.

Aaron Finch: Finch needs to get his act together and play a true captain’s innings sooner rather than later.

Josh Philippe: The BBL star failed in his debut, and will have to prove his doubters wrong in his second match.

Jhye Richardson: Richardson doesn’t seem to have left his BBL mindset - or the associated wicket-taking ability.

Daniel Sams: The all-rounder was decent with the ball last game, but will have to do even better if he’s to help his team win.

It’s going to be a cold day in Dunedin as these teams hit the ground, with humidity also a possible issue given the time of play. Thankfully, the sky will only be partly cloudy, so any leftover dew from the morning should be gone. There’s a tiny chance of a few drops, but it shouldn’t damage the match.

The pitch at Dunedin’s University Oval is a grassy one with plenty of movement available for fast bowlers. Add to that New Zealand’s typical surfaces, and you have a great chance for bowlers. However, if batsmen can navigate the movement, they will get to enjoy the way the ball comes to the bat. The small size of the stadium will add to this, as even the odd top edge might sail over the fence. All things considered, expect 160 to be a standard, defendable score.

Can New Zealand win two in a row to get themselves to the edge of winning their first T20 series against the Aussies? Or will the visitors manage to overpower them to even out the series? Find out if our New Zealand versus Australia predictions come true on Thursday! 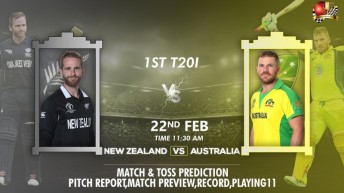